The Trump campaign is planning for no-holds-barred voter intimidation 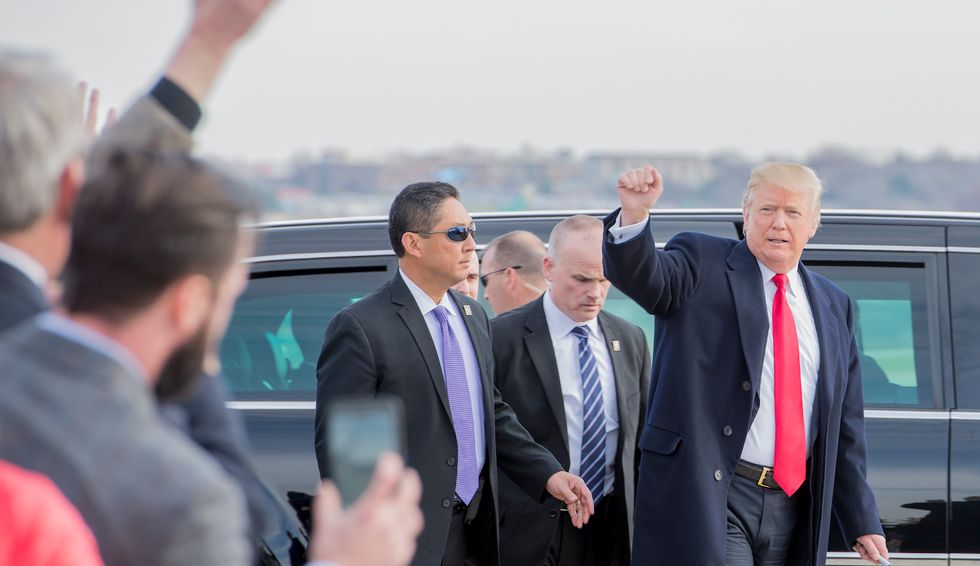 Is it really so hard? Voting, I mean -- smooth democratic elections with all citizens able to easily cast their ballots and with every ballot fairly counted. Is that too much for people to ask?

After all, the mechanisms for assuring universal suffrage are well known, and the logistics are not exactly rocket science. Speaking of which, modern technologies could be our friend here -- helping us vote by mail, or even by email. That's what David Wolf did back in 1997 when he became the first astronaut to upload a secure email ballot from space to Mission Control in Houston, which passed it to his local election officials. Hello ... if astronauts can express their democratic choices while whizzing around Earth, shouldn't the rest of us be able to have our say in neighborhood polling places or, if we choose, from our own homes?

Of course -- that's democracy. But it's one thing to have voting rights and quite another to be able to exercise those rights. Today, in a coordinated, methodical, richly funded scheme, corporate-minded and right-wing candidates are being "elected" not by winning votes but by preventing votes.

One of the GOP's tried-and-true vote-suppression techniques is deploying squads of partisan muscle into non-white, immigrant and other Democratic-leaning neighborhoods and precincts. These "poll watchers" single out voters they view as "suspicious" and accuse them of trying to vote illegally. They aren't subtle. Sometimes packing guns, badges, cameras, arm bands, etc., to pose as official ballot police, they literally pull people out of line to loudly demand proof of eligibility. It's ugly and frighteningly autocratic ... and yet legal in many states.

And it's going to be bigger than ever this November because its one legal restriction has been lifted. Back in 1982, Republican thuggishness had gotten so out of hand that a federal judge imposed a consent decree to stop some of the crudest intimidation methods. But, with the Trump campaign's support, that ban was withdrawn in 2018, and this year's presidential election will be the first in four decades to allow no-holds-barred voter intimidation.

The national GOP has been recruiting and training up to 50,000 partisans to confront voters in 15 key states! Adding to the mayhem, True the Vote, a manic fringe group of Trumpeteers, is signing up a freelance militia that includes off-duty police officers and veterans to enforce "ballot security" in communities of color. The group leader explained the scheme at a February meeting of Republican operatives: "You get some Seals in those polls and they're going to say, 'No, no ... this is how we're going to play this show."

Don't want Black people to vote? Or tribal members on reservations? Or students on campus? Simple: Eliminate their polling places. Or just slash the budgets for voting machines, poll workers and early voting in their precincts, creating punishingly long lines and waits. COVID-19 can turn this systemic disenfranchisement lethal. In Georgia's June primary, for example, poll closures and machine malfunctions created seven-hour waits for many Black citizens to vote.

We were puzzled over President Trump's crazed hostility toward the U.S. Postal Service. But now we see why: USPS workers could securely handle our ballots in the coming election, making it easier and safer for America to vote. But that would increase turnout and democracy -- two things Trump hates.

Vote by mail totally discombobulates Donald. Desperate to save himself from letter carriers, he personally killed a bipartisan congressional provision in March that ensured America's crucial mail service would survive the pandemic and installed one of his rich funders as postmaster general in May. Louis DeJoy's first action was to sabotage timely mail delivery by drastically cutting postal workers' hours and then removing mail-sorting machines and street-side letter boxes. Thus, America's globally admired mail system is being wrecked by an unhinged president determined to keep you and me from using it to vote.

The Sightline Institute has state-by-state resources for what you can do to protect mail-in voting in your state. Check out its website at SightLine.org/VoteByMail2020.