The economic shambles lurking beneath the Dow Jones boom 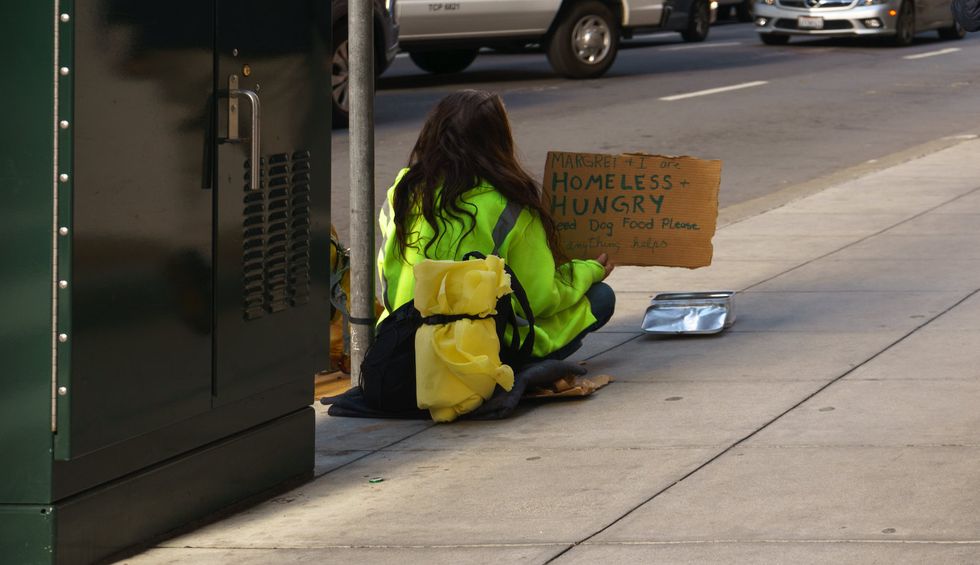 Wow, how about that Dow?

The Dow Jones Industrial Average, I mean, Wall Street's up-to-the-minute report on whether corporate stock prices are going up, down or sideways. It's the one economic indicator that our nation's media and political establishment watch religiously, claiming it tells them how our national economy is performing.

Recently, the stock market has been zooming up, up and away. So, like ancient priests watching burbling, hissing volcanos to determine if the gods are pleased or angry, the believers in the infallibility of the Dow are hailing today's economy as boom times! No need for another big round of pandemic relief payments or any other urgent actions by government, exclaim the Trumpeteers, because -- Boom, Boom, Boom, look at that Dow! -- shareholder wealth is pouring down on us like manna from heaven.

Us? Most Americans are asking: A boom for whom?

America's real economy is in shambles. Joblessness is still above 10%, with a tsunami of new firings coming as airlines, retail chains, the restaurant industry, state and local governments, Main Street businesses and so many more are collapsing right in front of us. A wave of home evictions also looms, as masses of people have no money for rent and are being kicked out by landlords to go ... where?

Forget the Dow Jones Industrial Average; we need policymakers who give a damn about the Doug Jones Average: How are Doug and Desiree doing? Telling them about the golden bonanza in the stock market is both insulting and stupid, for the Jones' don't share in that wealth. In fact, the number of Americans who own as much as one single share of corporate stock, even through a mutual fund, has plummeted in the past two decades as the rich and superrich have grabbed the bulk of our nation's wealth. Today, nearly 90% of all stocks are in the hands of the richest 10% of Americans.

Yet, the menagerie of laissez-fairyland ideologues and lawmakers now in charge of our economic policy continue genuflecting to the Dow, insisting that the price of stock equates to material abundance and a high standard of living for all. As Republican Sen. Pat Toomey recently proclaimed, "[Life] is better today than it ever has been for the majority of the American people." His proof? Toomey pointed to the fact that cars now come equipped with seat warmers.

COVID-19 has been a doubly deadly disaster for millions of Americans, destroying both life and livelihoods. But one of the most heartening responses to the crisis has come from the least-expected place: corporate executive suites.

This spring, as airlines, retail giants, hotel chains and a long list of other multibillion-dollar brand-name outfits announced mass layoffs of their employees, numerous CEOs made headlines by stepping up like real leaders to show some class solidarity. If we're having to wallop our workers because of a pandemic, these bosses told media interviewers, the least we can do is cut our own salaries. Yes -- all in this together; all for one, one for all; and stuff like that!

Only ... not really; just kidding; don't look at the real numbers. One analytical firm did look at the books of nearly all 3,000 major U.S. corporations, finding that a mere fraction had made any cuts to senior executive pay, and the few who did only made little nicks in the boss's take-home, rather than real cuts.

The trick is that the "sacrifices" only applied to official salaries. They are the tiniest part of a chief executive's compensation, which is mostly made up of bonuses, stock options, etc. For example, United Airlines, which is expected to zero out the paychecks of 36,000 workers, docked its CEO's salary by nearly a third. Sounds like a real gesture, but that works out to less than 3% of the $22 million he's getting in total pay. So middle-income workers get the boot, while the boss still has his job, gets more than $21 million in annual pay and claims bragging rights for being an "ethical" corporate chieftain.

But the analytical firm did find a handful of genuine ethical nuggets in its search of CorporateWorld. The CEO of real estate brokerage company Redfin, for example, actually zeroed out his total pay after the pandemic forced him to furlough more than a thousand employees. "It's not just about the pay cut," he told The New York Times. "It's about the general sense that capitalism is not working for everyone."

If a nation's economic system doesn't care about shared sacrifice in hard times and shared prosperity in good times, why should the majority who pay the price and are denied the gains care about that economic system?