Robert Reich: Here's how big money corrupts our politics — and how to fix it 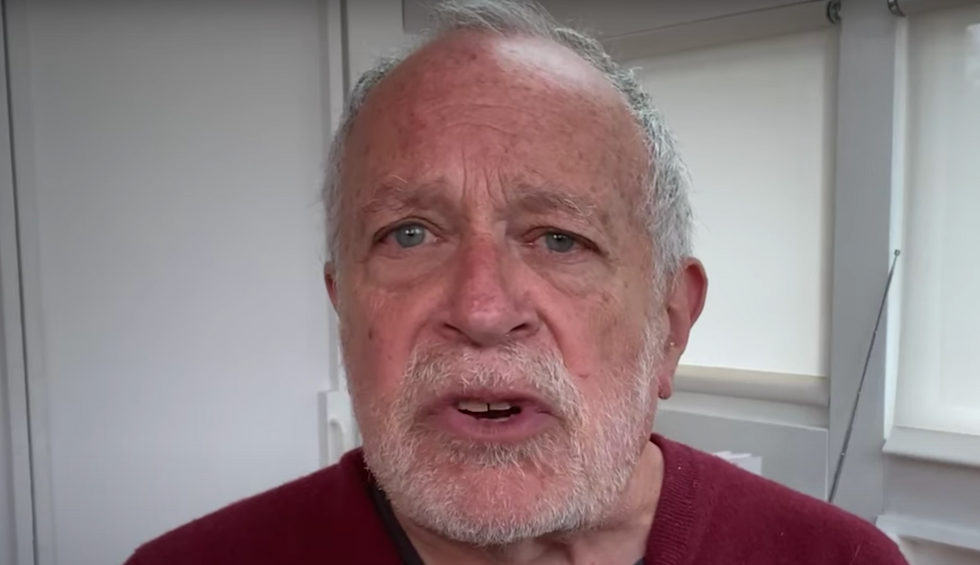 Corporate money is dominating our democracy.

It’s difficult to do anything—increase the minimum wage, reverse climate change, get Medicare for All, end police killings, fight systemic racism, shrink our bloated military—when big money controls our politics and dictates what policies are and aren’t enacted.

The pandemic has made that clearer than ever. The CARES Act, passed in late March as our pandemic response began, quietly provided huge benefits to wealthy Americans and big corporations. One provision doled out $135 billion in tax relief to people making at least half a million dollars, the richest 1% of American taxpayers.

This $135 billion is three times more than the measly $42 billion allocated in the CARES Act for safety-net programs like food and housing aid. It’s just shy of the $150 billion going to struggling state governments, and vastly more than the $100 billion being spent on overwhelmed hospitals and other crucial public health services.

As Americans are still suffering massive unemployment and the ravages of the pandemic, lobbyists are crawling all over Capitol Hill and the White House is seeking continued subsidies for the rich and for corporations—while demanding an end to supplemental assistance for average working people, the poor, and the unemployed.

It’s corruption in action, friends. And it’s undermining our democracy at every turn.

Ask yourself how, during a global pandemic, the total net worth of U.S. billionaires has climbed from $2.9 trillion to $3.5 trillion, when more than 45.5 million Americans filed for unemployment benefits.

Is it their skill? Their luck? Their insight? No. It’s their monopolies, enabled by their stranglehold on American democracy… monopolies like Amazon, Google, and Facebook, which have grown even larger during the pandemic.

It’s also their access to insider information so they can do well in the stock market, like Senator Richard Burr, chairman of the Senate intelligence committee, and Senator Kelly Loeffler, whose husband happens to be chairman of the New York Stock Exchange. Both were fully briefed on the likely effects of the coronavirus last February and promptly unloaded their shares of stock in companies that would be hit hardest.

And it’s the tax cuts and subsidies they’ve squeezed out of government.

You are paying for all of this—not just as taxpayers but as consumers.

When you follow the money, you can see clearly how every aspect of American life has been corrupted.

Yet even the prices of drugs needed by coronavirus patients are skyrocketing.

Big Pharma giant Gilead is charging a whopping $3,120 for its COVID drug, Remdesivir, even though the drug was developed with a $70,000,000 grant from the federal government paid for by American taxpayers.

Once again, Big Pharma is set to profit on the people’s dime. And they get away with it because our lawmakers depend on their campaign donations to remain in power.

As you watch this, Mitch McConnell is actively blocking a bill drafted by Senate Republicans to reduce drug prices—after taking more than $280,000 from pharmaceutical companies so far this election season.

Big Pharma is just one example. This vicious cycle is found in virtually every sector, and it’s why we continue to be met with politicians who don’t have our best interests at heart.

So how do we get big money out of our democracy?

A good starting point can be found in the sweeping reform package known as H.R. 1—the For the People Act. The bill closes loopholes that favor big corporations and the wealthy, makes it easier for all of us to vote, and strengthens the power of small donors through public financing of elections—a system which matches $6 of public funds for every $1 of small donations.

The For the People Act would also bar congresspeople from serving on corporate boards, require presidents to publicly disclose their tax returns, and make executive appointees recuse themselves in cases where there is a conflict of interest.

These are just a few examples of tangible solutions that already exist to rein in unprecedented corruption and stop America’s slide toward oligarchy—but there’s much more we can and should do.

The important thing to remember is that the big money takeover of our democracy prevents us from advancing all of the policies we need to overhaul our racist, oppressive system and create a society that works for the many, not the few.