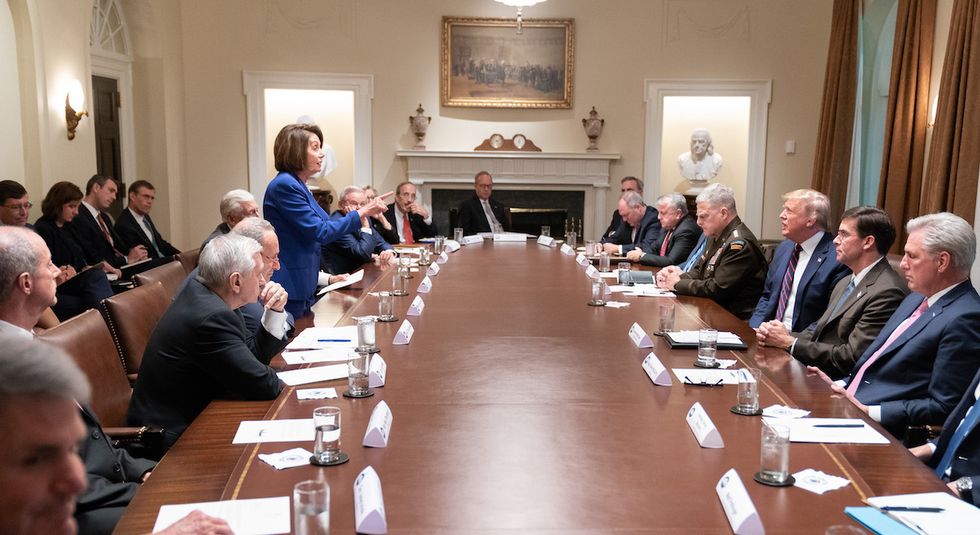 Why can't the Democratic Party landslide the serial corporate criminal and government outlaw Donald Trump? He is a servant of Wall Street and, by his deeds favoring the powerful, a proven "enemy of the people."

"Biden should be thirty points ahead in the polls against the delusional, falsifying, lawless, selected occupant of the White House who spends most of his time tweeting insults, lies, and fictional accusations when he isn't watching the Fox News adoring bloviators. Instead, Biden's lead is in single digits."

The answers are many. The Democratic Party is indentured to monied interests and is incapable of taking responsibility for its losses and mistakes. Democratic operatives resist organized grassroots pressure and the party excludes/punishes any dissent inside its ranks. The shrinking trade unions that have historically pushed the Democratic Party are increasingly content with crumbs for workers and afraid of union members who have swallowed the Trump lies.

The two-party duopoly and an electoral system that obstructs challengers from smaller parties lets the Democratic Party stagnate. Unfortunately, the fate of the nation and our Constitutional Republic is in its hands. Joe Biden should be thirty points ahead in the polls against the delusional, falsifying, lawless, selected occupant of the White House who spends most of his time tweeting insults, lies, and fictional accusations when he isn't watching the Fox News adoring bloviators. Instead, Biden's lead is in single digits and he is having a hard time getting the offensive Trump on the defense. Here are some suggestions for the Democratic Party's quivering leaders:

If you like these suggestions, add some of your own, and call or email Democratic National Chairman Tom Perez, Senate minority leader Chuck Schumer, House Speaker Nancy Pelosi, and the House Democratic Caucus leader Hakeem Jeffries.