Oregon is on the cusp of a major drug reform: Decriminalizing everything 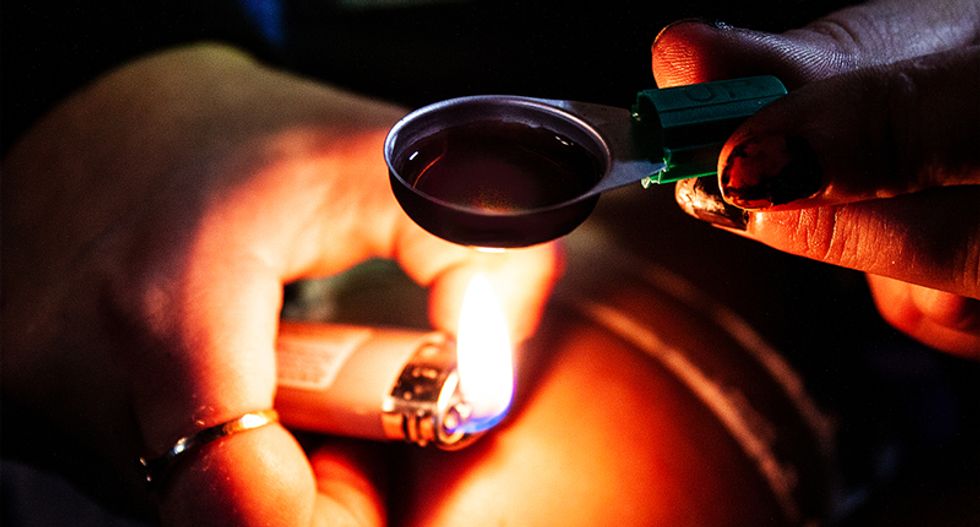 Come November 3, Oregon residents will have a chance to approve the most far-reaching drug reform measure ever to make a state ballot when they vote on Measure 110, the Drug Addiction Treatment and Recovery Act. While the initiative indeed expands drug treatment, what makes it really revolutionary is that it would also decriminalize the possession of personal use amounts of all drugs, from psychedelics to cocaine and methamphetamine, as well as heroin and other illicit opioids.

While successful marijuana legalization initiatives in a number of states—and possibly four more in November—are nothing to sneer at, even if pot were legalized nationwide, more than a million people are likely to be arrested on drug charges in a year. In 2018, the last year for which data is available, there were more than 1.65 million drug arrests; only 663,000 of them were for marijuana. Historically, just under nine out of ten drug arrests are for possession, which means that drug decriminalization nationwide would result in somewhere north of a million fewer drug arrests each year. That would be more than a million fraught encounters police avoided, every year.

“Our current drug laws can ruin lives based on a single mistake, sticking you with a lifelong criminal record that prevents you from getting jobs, housing and more,” Bobby Byrd, an organizer with the More Treatment for a Better Oregon campaign, said in a press release.

If Oregon voters approve the measure, the state will be in select company. At least 25 to 30 countries, mostly in Europe and Latin America, have drug decriminalization laws on the books, with the most well-known being Portugal, which pioneered the way, decriminalizing drug possession in 2001. Instead of being arrested and jailed, people caught with less than a 10-day supply of illicit drugs there are given a warning and a small fine or asked to voluntarily appear before a local commission whose aim is to determine whether the person needs drug treatment and if so, to offer it to them at no expense. (It helps that Portugal has universal health care.)

Drug decriminalization has worked for Portugal. According to a Drug Policy Alliance (DPA) report, before drug decriminalization, Portugal suffered rapidly increasing drug overdose deaths, a high number of people who got HIV through needle-sharing, and the country led the European Union in drug-related AIDS. A delegation led by DPA visited Lisbon in 2018 and found that since decriminalization, though, “the number of people voluntarily entering treatment has increased significantly, while overdose deaths, HIV infections, problematic drug use, and incarceration for drug-related offenses has plummeted.” Not bad at all.

It was just three years ago that the Oregon legislature approved drug defelonization—making drug possession a misdemeanor instead of a felony—but now advocates are already prepared to push further down the Portuguese path. That’s because while, according to the state Criminal Justice Commission (CJC), drug defelonization indeed resulted in felony drug convictions dropping by nearly two-thirds after the bill was passed (from 5,183 in 2016–2017 to 1,992 in 2018–2019), it also included a nearly tenfold increase in misdemeanor drug possession convictions. That translates into only a slight decline in overall drug arrests, from more than 10,000 in 2016 to 8,903 in 2018.

Under Measure 110, those misdemeanor drug arrests would vanish as drug possession gets reclassified as a mere violation, punishable only by a $100 fine or by completing a health assessment with an addiction treatment professional. Those who are deemed to benefit from drug treatment could go to an addiction recovery center, one of which will be located in every organization service area in the state. Those centers, as well as additional funding for treatment, will be paid for with revenues from marijuana sales taxes.

The measure is backed by Drug Policy Action, the political and lobbying arm of DPA, which has put $2.5 million into the campaign already, DPA director of media relations Matt Sutton said in an email exchange. And that’s just the beginning, he added.

“We’ll continue to invest in terms of what it takes to win it,” he said. “The campaign is starting a variety of different ads and raising awareness in the final push. We’ve invested a lot already and we’re very committed to it financially. We think this is winnable.”

So, why Oregon and why now?

“The special nature of this year, with its double whammy of enduring [the] pandemic and its long, hot summer of street protests around racial justice and police brutality, makes drug decriminalization all the more relevant,” Sutton said.

“Having a state like Oregon that has been a progressive leader take this on will signal to the rest of the country that this can be done and that it’s not actually that radical of a proposition,” Sutton added. “And just in terms of everything that’s happened this year—COVID-19 and the awakening to racial injustice—it just doesn’t seem [like] such a radical proposition. With COVID-19 we’ve seen the discrepancies in the health care system.”

“It’s the same communities that are being overpoliced and have been hit hardest by the war on drugs,” he continued. “And people are realizing that the war on drugs is racist. The real reason behind the war on drugs was to criminalize and marginalize communities of color, and we’ve demonized drugs and the people who use them. The drug war hasn’t made drugs less accessible to youth, but instead, we get a lot more people incarcerated and dying of drug use. The more we criminalize it, the more dangerous it becomes.”

In an August report, the state CJC made clear just what sort of impact drug decriminalization would have on racial inequities, and the results are impressive: Racial disparities in drug arrests would drop by an astounding 95 percent.

The report also found that decriminalization would radically reduce overall drug convictions, with projected convictions of Black and Indigenous people declining by an equally astounding 94 percent.

“This drop in convictions will result in fewer collateral consequences stemming from criminal justice system involvement, which include difficulties in finding employment, loss of access to student loans for education, difficulties in obtaining housing, restrictions on professional licensing, and others,” the report found.

“This report only scratches the surface,” Kayse Jama, executive director of Unite Oregon, said in a press release. “Drugs are too often used as an excuse to disproportionately target Black and Brown Oregonians and economically disadvantaged communities.”

“This initiative addresses those racial disparities more than anything,” said DPA’s Sutton. “It will help those communities that have been down for far too long. A lot of the economic problems we see there are a result of decades of drug war, taking generations of people out of their homes and saddling them with felony convictions. This would be a huge win in taking drug reform to the next level. It doesn’t solve all the problems of drug prohibition—people would still be charged with distribution and drug-induced homicide—but it would still be a huge step forward.”

And now, a broad coalition of change agents are uniting to push the initiative to victory in November. Endorsements range from national and international groups such as the American Civil Liberties Union, AFSCME, the National Association of Social Workers, and Human Rights Watch, as well as dozens of state and local racial justice, human rights, and religious groups and groups representing health and social welfare professionals.

“We’ve received an incredible amount of support, and it’s really broad,” said Sutton. “And there is no organized opposition.”

If things go well in November, DPA and its lobbying and campaign arm, Drug Policy Action, are already planning next moves.

“We just a few weeks ago [on August 6] released a national framework for drug decriminalization, the Drug Policy Reform Act,” Sutton added. “This has been a goal of DPA all along and where our work is focused today, all drug decriminalization. We think that people are ready for that. We decided to release the framework right now just because of everything happening in the country especially around racial justice issues. People are seeing the direct impact of the war on drugs and the racial disparities.”

“We’re already looking ahead at other states where we could replicate this,” he revealed. “Some of the first states to legalize marijuana would likely be the first to consider drug decriminalization.”

Once again, Oregon voters have a chance to burnish their drug reform credentials, only this time with the most dramatic attack yet on drug prohibition. If they approve Measure 110, they will truly be the drug reform vanguard—and blaze a path voters and legislators elsewhere will surely follow.