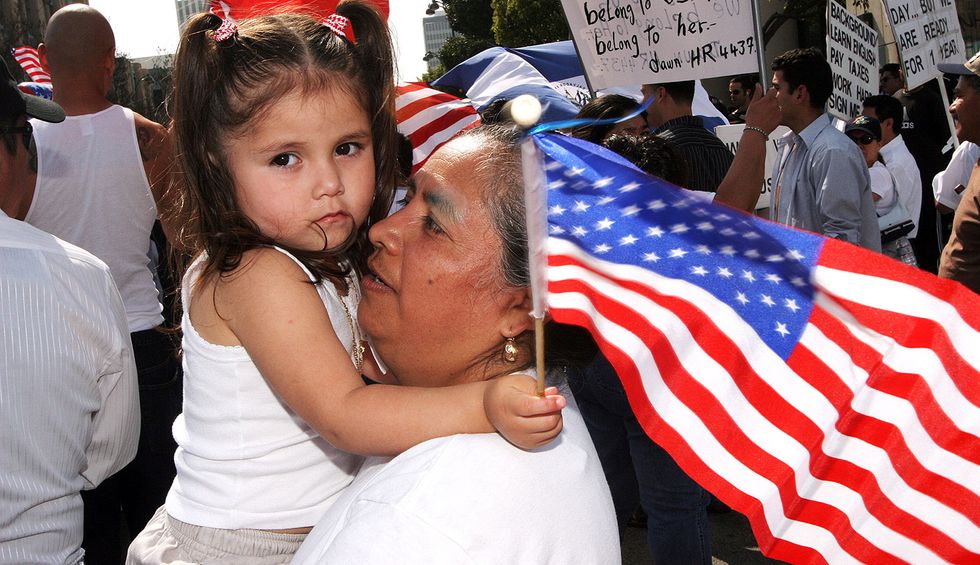 Here’s even more of that other “Trump Effect” we’ve talked about before: new polling from Pew Research this week continues to confirm that Americans have only become more welcoming of immigrants and refugees since 2016 and Donald Trump’s ensuing xenophobic presidency.

“In 2016 voters were about evenly divided in the share saying that the growing number of newcomers strengthens American society,” Pew said, finding that 46% of all voters agreed with the statement. Four years later, that number has now surged to 60%. Americans “across the political spectrum have shifted in a more liberal direction in this domain,” researchers said.

Gallup this past summer found that 34% of Americans wanted to see more immigrants welcomed to the U.S., “the highest support for expanding immigration Gallup has found in its trend since 1965,” the organization said. ”Meanwhile, the percentage favoring decreased immigration has fallen to a new low of 28%, while 36% think it should stay at the present level.”

“Supporters of both major party candidates this year are more likely than 2016 supporters to have positive views of immigrants to the United States,” Pew found.

The research notes that while supporters of 2016 Democratic presidential nominee Hillary Clinton were overwhelmingly pro-immigrant, 2020 Democratic presidential nominee Joe Biden’s supporters showed an even larger share. Both candidates still unsurprisingly eclipsed pro-immigrant views among Trump’s supporters, though Pew noted that even they saw a growth compared to 2016 (though in the end they’re still voting for a racist, mass deportation candidate).

Trump has forced Americans to make a choice on immigrants and refugees. They have. https://t.co/Evin4zVxVE
— Frank Sharry (@Frank Sharry) 1599825837.0

See more of Pew Research’s findings here. Nearly four years of inhumane and oftentimes illegal policies have shown us that Trump’s views on immigrants and refugees have only worsened since 2016. But Americans’ views have not. Let us hope that translates at the ballot box in November.