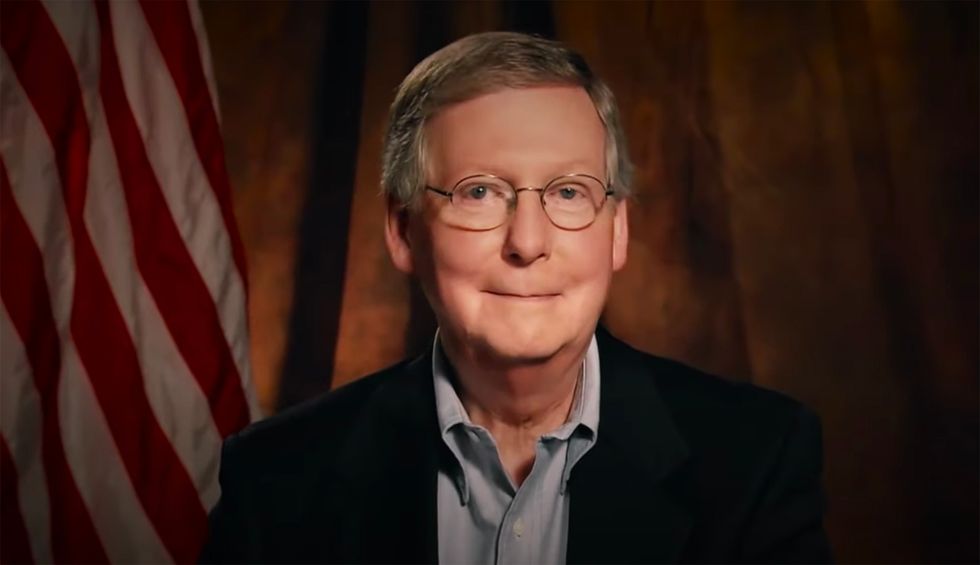 Since the passing of Justice Ruth Bader Ginsburg, Democrats have repeatedly pointed out the hypocrisay of Republicans seeking to force through a Supreme Court during an election year after arguing against doing so after Barack Obama nominated Merrick Garland in 2016.

But that is a waste of time, according to The New Yorker staff writer Jane Mayer, who wrote a major profile on McConnell that was published in April.

“As the Democrats weigh their options about how to stop Mitch McConnell from filling Ruth Bader Ginsburg’s Supreme Court seat, one tactic that they should forget about immediately is arguing that it would be hypocritical of McConnell to jam in a new Justice so close to an election. Obviously, it nakedly is, given that Ginsburg died forty-five days before the 2020 election, and this was McConnell’s rationale for blocking Barack Obama’s nominee two hundred and sixty-nine days before the 2016 election,” Mayer wrote. “But anyone familiar with the Republican senator from Kentucky’s long political career knows he couldn’t care less about hypocrisy; like President Trump, he is immune to shame.”

“As I reported in April, behind closed doors McConnell has been raising money from big conservative donors for months by promising that no matter how close it might be to the election, he would install Trump’s Supreme Court pick,” she explained. “As a former Trump White House official told me, ‘McConnell’s been telling our donors that when R.B.G. meets her reward, even if it’s October, we’re getting our judge. He’s saying it’s our October surprise.'”

Mayer says that McConnell’s top goal is to remain majority leader of the Senate, which telegraphs to Democrats his values prioritization.

“He’s made the conservative makeover of the federal court system his pet project, but if he faces a choice between another right-wing Justice and losing his control of the Senate, no one who knows him well thinks he’d hesitate for a moment to do whatever is necessary to stay in power. In fact, back in the summer of 2016, when it looked like Trump would lose to Hillary Clinton, far from being distressed at his party’s dim prospects, McConnell was savoring the probability of being the single most powerful Republican in the country, according to a confidant who spoke with him then,” Mayer wrote.

“The problem for McConnell now is that it may be impossible for him to both confirm a new Justice and hold onto his personal power as Majority Leader. A power grab for the Court that is too brutish may provoke so much outrage among Democrats and independents that it could undermine Republican Senate candidates in November. As he knows better than anyone, polls show that Republican hopes of holding the Senate are very much in doubt. If Joe Biden is elected, enabling a Democratic Vice-President to cast the deciding vote in the Senate, Democrats need only to pick up three seats to win a majority. And, at the moment, according to recent polls, Democratic challengers stand good chances against Republican incumbents in Maine, Arizona, and Colorado. Democrats also have shots at capturing seats in South Carolina and Iowa,” Mayer wrote.