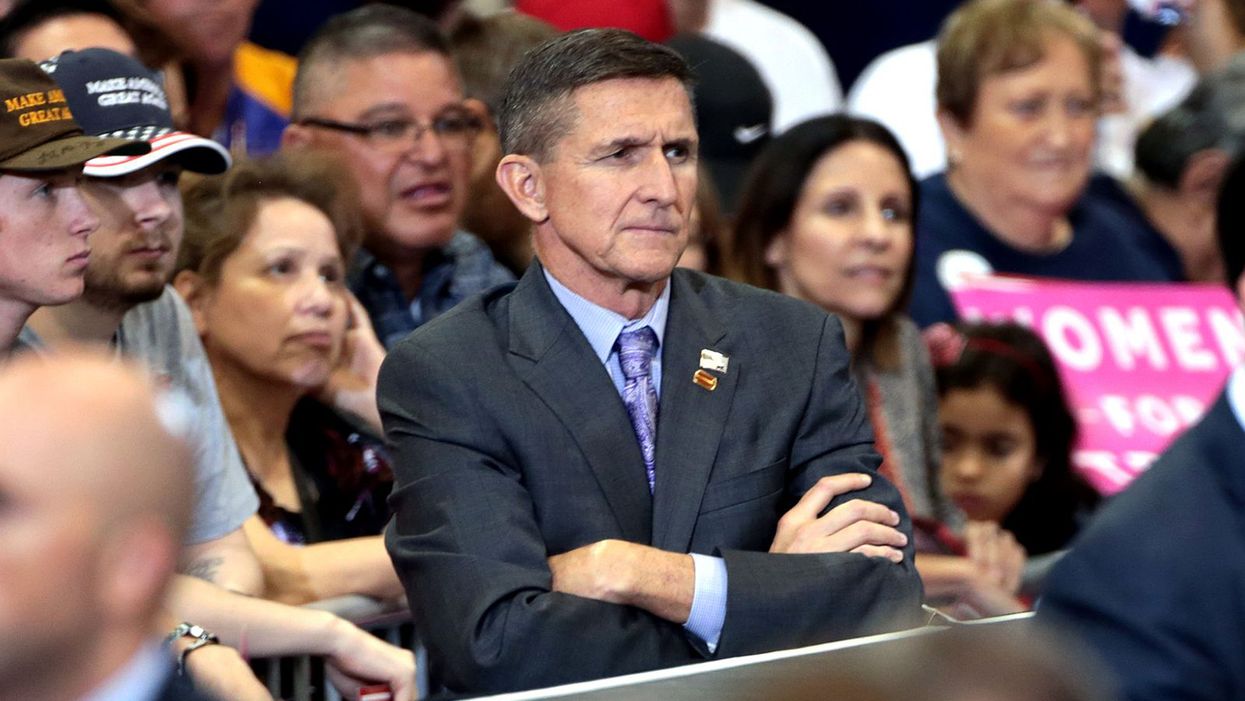 The attorney for disgraced former Trump national security adviser and convicted felon Mike Flynn has just admitted to a federal judge she has been talking with President Donald Trump about her client's case – and that she personally asked the president to not pardon Flynn.

SULLIVAN: Have you had discussions with the president about this case? POWELL: I have not, your honor, while the c… https://t.co/Ot4qn4dJRD
— Kyle Cheney (@Kyle Cheney)1601399036.0

Powell actually tries to invoke executive privilege – to which she has no right since she does not work for the administration.

And then, this bombshell:

!! POWELL says she spoke to Trump about the status of the case within the last couple of weeks and requested that h… https://t.co/OxiORNWSTJ
— Kyle Cheney (@Kyle Cheney)1601399133.0

At issue: Flynn and the DOJ are trying to have the case dismissed – after Flynn pleaded guilty, twice, before the judge. Attorney General Bill Barr has been accused of working to protect Trump's allies.