Melania Trump would ‘roll her eyes’ and 'mumble no thank you' when Ivanka talked about becoming ‘America's first female president’: book 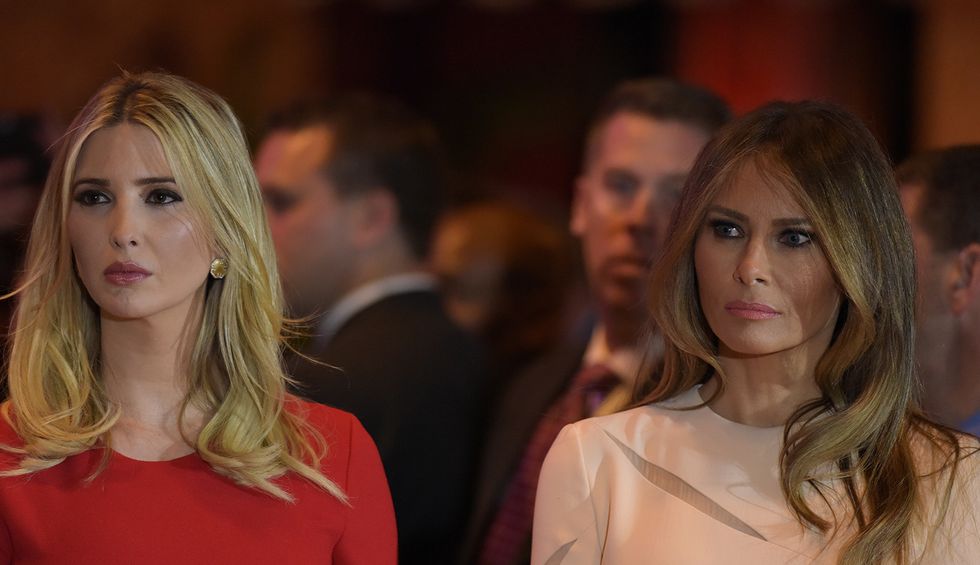 September 1 marks the release of “Melania and Me: The Rise and Fall of My Friendship with the First Lady,” a new tell-all book by former Melania Trump ally and staffer Stephanie Winston Wolkoff. One of the things the book addresses is the tension between Melania Trump and White House Senior Adviser Ivanka Trump. According to the Daily Mail’s Cheyenne Roundtree, the first lady “would roll her eyes whenever Ivanka opined about being America’s first female president, mumbling under her breath, ‘No thank you,’ a source connected to the bombshell book about the first lady exclusively told DailyMail.com.”

Melania Trump, Wolkoff says in her book, made disparaging comments about Ivanka Trump and condescendingly referred to President Donald Trump’s oldest daughter as “The Princess.” And Rountree reports that according to Wolkoff, Melania Trump “was behind a petty mission to ensure” that Ivanka Trump “was blocked from her father’s swearing-in ceremony photo” in January 2017.

The Mail’s source said that according to the book, White House Senior Adviser Jared Kushner (who is married to Ivanka Trump) would say of his wife, “She’s got what it takes. She’s a born leader. The people love her, look at her” — and “Melania would mumble, ‘No thank you.’”

That source also told the Mail, “Meanwhile, Melania had to deal with Don Jr.’s conviction that he too would follow in his dad’s footsteps in becoming commander in chief. Melania would discretely shake her head in disgust over these two running around the White House saying, ‘Look at me, look at me’ and acting like they were the ones in charge….. While Melania strived for peace and order in her new home, she compared the White House to an out-of-control circus thanks to its self-appointed co-ringleaders Ivanka and Don Jr.’”

According to the Mail’s source, “Melania complained that Ivanka was always competing with her for his attention, as if she knew better and was more capable of being the first lady. Melania spoke out against Ivanka’s incessant need to involve herself in just about everything in the White House, even if it didn’t concern her. She would always find some way to meddle, some way to make her point be heard….. There’s no warmth between those two.”

Not that Melania Trump was without an ego herself. Roundtree writes, “The insider also revealed the book contains details about Melania likening ‘herself to a modern-day Jacqueline Kennedy and said her mission was to restore sophistication and elegance to the White House — that it was lacking a feminine touch.’”