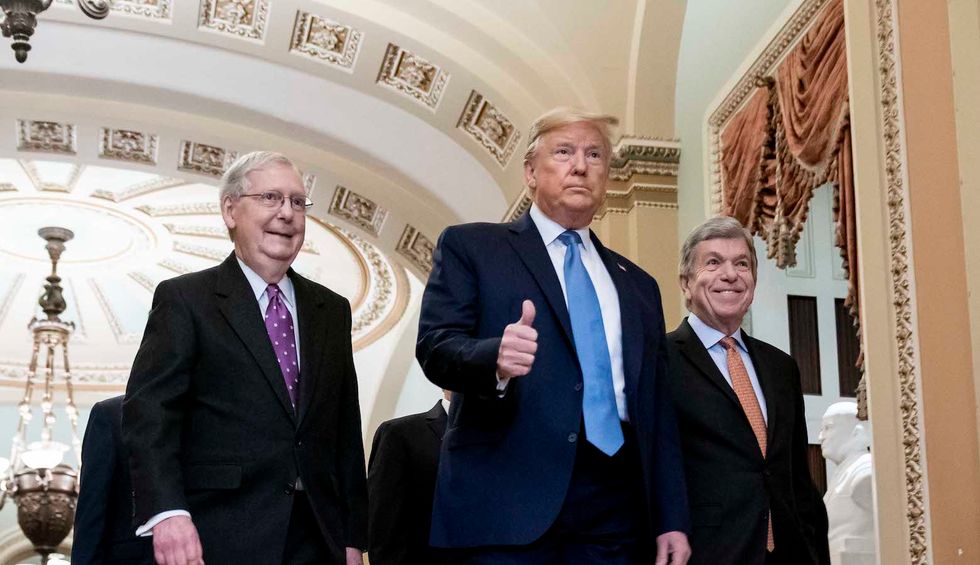 Senate Minority Leader Chuck Schumer, following the death of U.S. Supreme Court Justice Ruth Bader Ginsburg on Friday, September 18, stressed that if President Donald Trump and Senate Majority Leader Mitch McConnell are determined to ram a far-right extremist through the Senate, everything will be on the table for Democrats — and one possibility that is being discussed is packing the Court. Journalist Matthew S. Schwartz discusses that possibility on National Public Radio’s website, drawing on the insights of legal and constitutional scholars.

The last time Democrats tried to pack the Supreme Court by increasing the number of justices was during the 1930s under President Franklin Delano Roosevelt, who was frustrated that some of the more conservative justices were hostile to his New Deal. Ultimately, FDR and other Democrats of the 1930s abandoned that idea, although some historians believe that the threat of adding more justices to the High Court scared some right-wing justices into being more New Deal-friendly.

Congress, under the U.S. Constitution, is free to increase or decrease the number of Supreme Court Justices. Throughout most of U.S. history, the Court has had nine justices, although there was a period in the 1860s when it had ten justices. Congress reduced that number to eight in 1866 and increased to nine in 1869.

Former Vice President Joe Biden, Schwartz notes, has so far rejected the idea of packing the Court. And when ABC News’ George Stephanopoulos asked House Speaker Nancy Pelosi to weigh in on that subject following Ginsburg’s death, she responded, “Let's just win the election. Let’s hope that the president will see the light.”

But some Democratic senators, Schwartz notes, have said they are open to the idea of packing the High Court and having more than nine justices, including Sen. Cory Booker of New Jersey, Sen. Amy Klobuchar of Minnesota, Sen. Elizabeth Warren of Massachusetts and Biden’s running mate, Sen. Kamala Harris of California.

McConnell is drawing widespread criticism for insisting that the Senate should vote to confirm a Trump nominee before the election in November — especially in light of his actions in 2016 following the death of Justice Antonin Scalia. That year, President Barack Obama nominated the centrist Judge Merrick Garland for the Supreme Court, but McConnell wouldn’t even consider Obama’s nominee — arguing that it was unfair to even bring Garland up for a vote during a presidential election year. But following Ginsburg’s death, he is hypocritically arguing that Ginsburg’s seat should be filled before the election and making the ridiculous claim that this situation is different because a Republican president is in power.

Brian Leiter, a law professor at the University of Chicago, told NPR, “The Republicans packed the Court after Scalia’s death when they denied President Obama his choice. Now, they want to pack it further and more consequentially, given that they would appoint a conservative to replace the liberal Ginsburg. If they pack the Court, the Democrats would be crazy not to do their own court packing.”

Ilya Somin, a law professor at Mason University, opposes increasing the number of Supreme Court justices but believes that it is a strong possibility if Trump and McConnell ram a nominee through the U.S. Senate and Democrats regain control of the Senate in November.

Somin told NPR, “If the GOP goes forward with trying to fill the seat this year regardless of the election result, I think there is a substantial likelihood (at least 50% or more) that the Democrats will respond with court-packing, the next time they get a chance to do so.” But Somin believes that court packing is a “terrible idea” because “it would lead to a spiral that undermines the institution of judicial review….. I don’t see any likely way of avoiding the spiral, once one party has passed a court-packing bill once.”