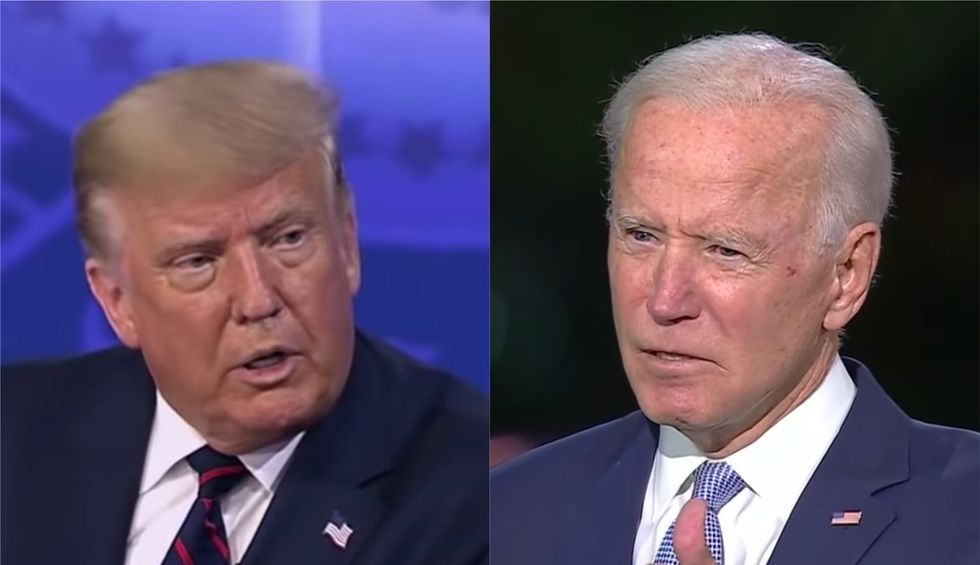 Warnings that President Donald Trump is willing to go to dangerous extremes to steal the 2020 presidential election have not only been coming from liberal and progressive outlets — they have also been coming from The Bulwark, a conservative website founded by journalists Bill Kristol and Charlie Sykes. The Bulwark has become a go-to site for anti-Trump reporting and commentary from the right. And Kristol, in an article published on September 24, suggests some ways to possibly avoid a “calamity” in this year’s presidential election.

Kristol drew a great deal of criticism from the left during the 2000s, when he was a cheerleader for the U.S. invasion of Iraq. But these days, Kristol often finds himself commiserating with liberal and progressive pundits on MSNBC and joining them in warning how much of a threat Trump poses to democratic norms in the United States. And in 2020, Kristol is urging fellow conservatives to vote for former Vice President Joe Biden.

In his September 24 piece, Kristol stresses that Trump’s efforts to steal the election must not be taking lightly.

“The election is approaching,” Kristol explains. “The president is spreading disinformation about the vote; he’s trying to suppress some votes; he’s exploring ways to disrupt or distort the counting of the votes; and he’s refusing to commit to a peaceful transfer of power if he nonetheless loses the vote. What is to be done?”

Kristol goes on to offer three suggestions. The first is to “ignore the voices of worldly complacency or pseudo-sophisticated reassurance.”

“Everyone, sound the alarm,” Kristol advises. “Put the country, the media, the voters, state and local election officials, elected officials at all levels of government, and the individuals who matter in the federal government on notice. Suitably alarmed, they can act in appropriate ways to mitigate the danger. That’s the first and most straightforward thing to be done.”

Kristol’s second recommendation is to “get others who haven’t so far been in the camp of the alarmed to say now, out loud, that they’re alarmed” — and he believes that would be especially helpful coming from conservative Republicans.

“One thinks especially of those who are Republicans, whose remarks can’t simply be written off as partisanship,” Kristol notes. “So, I’d say to George W. Bush and Dick Cheney, to Jim Mattis and John Kelly and Dan Coats — the time has passed when speaking out against Trump was a tough question or a close call. The danger is now near enough and real enough that duty surely compels it.”

Kristol’s third suggestion is for “those still in the Trump Administration who could play a role in averting a disaster” to speak out.

“I appeal to them to be ready,” Kristol stresses. “Be prepared. Coordinate privately with others you trust. If you serve in the Trump Administration now, it could eventually fall upon you, whether you’re serving in DOJ or DOD or DNI or DHS — or even in the White House — to decide whether to cooperate with an illegal order or an anti-Constitutional scheme.”

Some of Trump’s critics have argued that he is merely trying to get a reaction out of people when he refuses to commit to accepting the election results if Biden wins in November — that he just enjoys taunting his adversaries. But Kristol warns that “better safe than sorry” is a healthy outlook to have where Trump is concerned.

“When the stakes are so high,” Kristol emphasizes, “then even a small chance of calamity should be taken seriously.”