How Trump's fatuous and bloated ego could finish him off 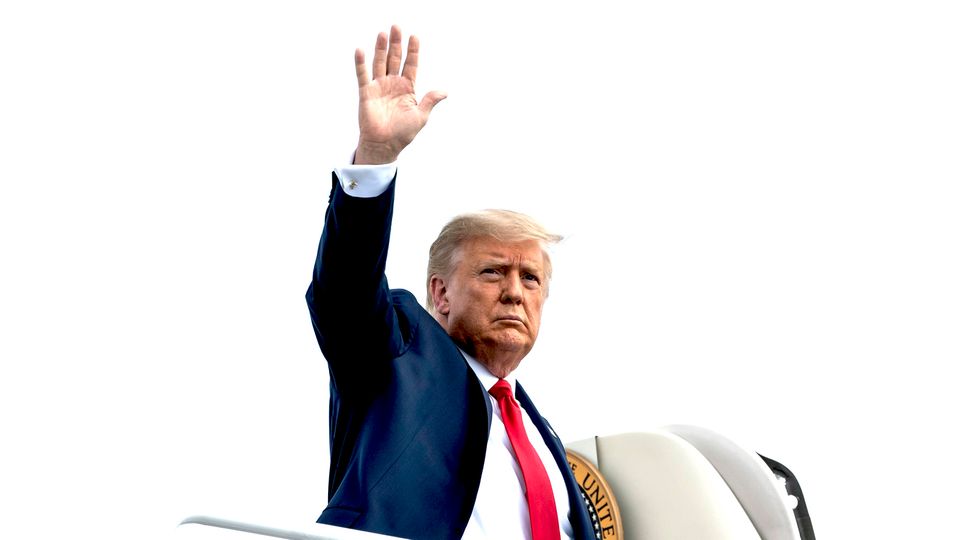 You'd have to have been in a coma since last Thursday not to have heard about Jeffrey Goldberg's big article for The Atlantic in which a number of anonymous former Trump administration figures reveal that the president has expressed total disdain for military service. The political world has talked of little else for the past five days, and all this chatter took place over a holiday weekend, when a lot of people who usually pay little attention to the news undoubtedly heard about it.

Just to recap briefly, Trump has allegedly referred to soldiers as "losers" and "suckers" for joining the military in the first place, and for having the poor judgment to die in battle when they could have been making money instead. Indeed, he's reported to have remarked to former White House chief of staff and retired Marine Gen. John Kelly, "I don't get it. What was in it for them?" He said this at Arlington National Cemetery at the gravesite of Kelly's son, a Marine who died in Afghanistan.

Trump also reportedly had a temper tantrum during his 2018 visit to France over something that President Emmanuel Macron said (probably his denunciation of "nationalism") and refused to attend a ceremony honoring the U.S. Marines who died in the World War I battle of Belleau Wood. Then the president reportedly proceeded to strip the home of the U.S. ambassador to Paris of every piece of artwork that took his fancy to display in the White House. And he really, really didn't want to acknowledge the late Sen. John McCain's funeral.

These anecdotes and more have been confirmed by The Associated Press, the Washington Post and the New York Times among others, including Fox News. Trump has denied them in a flurry of desperate-sounding tweets, even as he continued to denigrate McCain, making it clearer than ever that the claims were true. Nobody can claim that these sorts of insults "just don't sound like something he'd say," even as numerous of his current and former henchmen and sycophants stepped forward to say just that.

We've all seen the video of his nasty insult toward John McCain in 2015:

And we have recently been reminded that he said the same thing 16 years earlier when he was interviewed by Dan Rather, so that insult wasn't just issued in a fit of pique over something McCain said in 2015. He has clearly believed for a long time that a naval pilot who gets himself shot down is no hero.

On Monday, Trump held another of his campaign "briefings" at the White House in which he inexplicably added yet another insult to the litany:

I'm not saying the military's in love with me — the soldiers are, the top people in the Pentagon probably aren't because they want to do nothing but fight wars so that all of those wonderful companies that make the bombs and make the planes and make everything else stay happy.

According to a recent poll of the military, even before this latest flap, while it's true that officers dislike him even more than enlisted personnel, the latter aren't "in love" with him either:

This explains the White House's massive pushback on this issue. Trump thinks of the military and veterans as part of his base. At this point, he knows he cannot afford to lose even one of his loyal voters if he hopes to win in November.

Regardless of the politics, it's worth considering what Trump's insults toward the military actually mean. First of all, it's nonsensical for the man who continuously boasts of having raised military spending by the trillions to pretend to condemn what Dwight Eisenhower famously called the "military-industrial complex." Trump goes around the world bragging about all the arms contracts with despots and dictators that he has personally brought home to American contractors. Not to mention his dramatic expansion of airstrikes and drone strikes, while eliminating all accountability for civilian casualties. After nearly four years of unkept promises he's just now scrambling, in the last weeks of his re-election campaign, to withdraw some troops from Iraq and Afghanistan.

During the 2016 campaign, Trump lied and said he had been against the Iraq war from the beginning, and too many people have naively assumed that he's some kind of isolationist. His comments about the Pentagon and defense contractors the other day had him sounding like he was trying to appeal to anti-war Democrats rather than rank-and-file soldiers in the military. But according to CNN, Trump said those things because he was in a snit that the top brass hadn't stepped forward to defend him. He apparently insulted Defense Secretary Mark Esper, who actually was a top lobbyist for military contractor Raytheon, causing White House chief of staff Mark Meadows to feel compelled to tell the press that Trump wasn't attacking Esper personally.

Amid all the spin, here's one thing Trump said on Monday that many people missed: "I will be a better warrior than anybody, but when we fight a war, we're going to win them."

According to Carol Leonnig and Philip Rucker's book "A Very Stable Genius," Trump at one point lashed out at his top Pentagon chiefs, calling Afghanistan a "loser war" and saying, "You're all losers. You don't know how to win anymore."

Trump made that "philosophy" clear over and over again during the 2016 campaign when he said he planned to "bomb the shit" out of ISIS and insisted that "torture works." As president he has threatened war crimes and nuclear war and has pardoned war criminals.

Trump believes the U.S. military as soft and cowardly and doesn't have what it takes to win. He thinks Navy pilots who are captured, Marines who lose their lives on the battlefield, military regulations that forbid war crimes and generals who refuse to accept mass civilian casualties are all "losers" because it's weak to adhere to the laws of war instead of "winning" by any means necessary.

Trump once said he could shoot someone on Fifth Avenue without losing any voters. But it's possible that one group within his former base that isn't quite as gung-ho about his definition of "winning" are members of the military. After all, they're the ones who will have to pay for his bellicose ignorance, not him. And then he'll call them losers and suckers for being foolish enough to follow his orders.