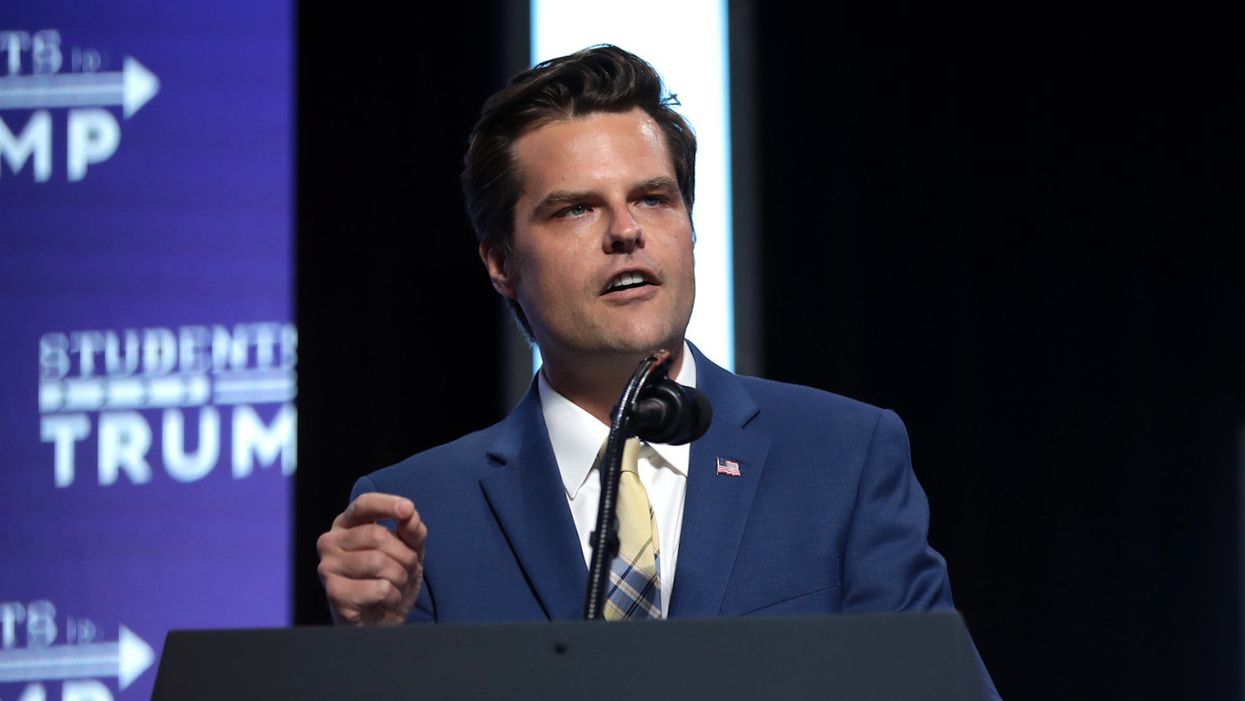 Claiming that Democrats are trying to use mail-in voting to promote voter fraud, President Donald Trump has refused to say that he will accept the election results if former Vice President Joe Biden wins in November. The U.S. House of Representatives, in response, adopted a resolution on Tuesday calling for a peaceful transfer of power in the presidential election — and it passed 379-5. Most House Republicans voted in favor of the resolution, but five didn't: Rep. Matt Gaetz of Florida, Rep. Louie Gohmert of Texas, Rep. Steve King of Iowa, Rep. Thomas Massie of Kentucky and Rep. Clay Higgins of Louisiana.

Gaetz, according to Axios reporter Rebecca Falconer, views the resolution as a Democratic attack on Trump even though many Republicans voted for it. Falconer quotes the Florida congressman as saying: "This resolution is a way for Democrats to attack the president and disguise the fact that they will refuse to accept the election results unless they win. Professional loser Hillary Clinton has told Joe Biden that he should not concede — and I'm quoting — 'under any circumstances.'"

Gaetz is taking Clinton's words out of context. During an August interview with Jennifer Palmieri for Showtime, Clinton stressed that under no circumstances should Biden, in a close election, concede until he is certain that all of the votes have been counted. Clinton fears that Trump will prematurely claim victory on Election Night before all of the votes have been counted in key swing states such as Pennsylvania, Florida and Arizona.

Clinton, during that interview, said, "Joe Biden should not concede under any circumstances, because I think this is going to drag out, and eventually, I do believe he will win if we don't give an inch — and if we are as focused and relentless as the other side is." But Clinton wasn't saying that Biden should never concede under any circumstances, only that under no circumstances should he concede until there has been a thorough vote count. And Clinton is confident that a thorough vote count will eventually favor Biden, who unlike Trump, has said that he would concede if a final vote count showed a Trump victory.

During that interview, Clinton also said, "We've got to have a massive legal operation; I know the Biden campaign is working on that. We have to have poll workers, and I urge people who are able to be a poll worker. We have to have our own teams of people to counter the force of intimidation that the Republicans and Trump are going to put outside polling places. This is a big organizational challenge, but at least we know more about what they're going to do."