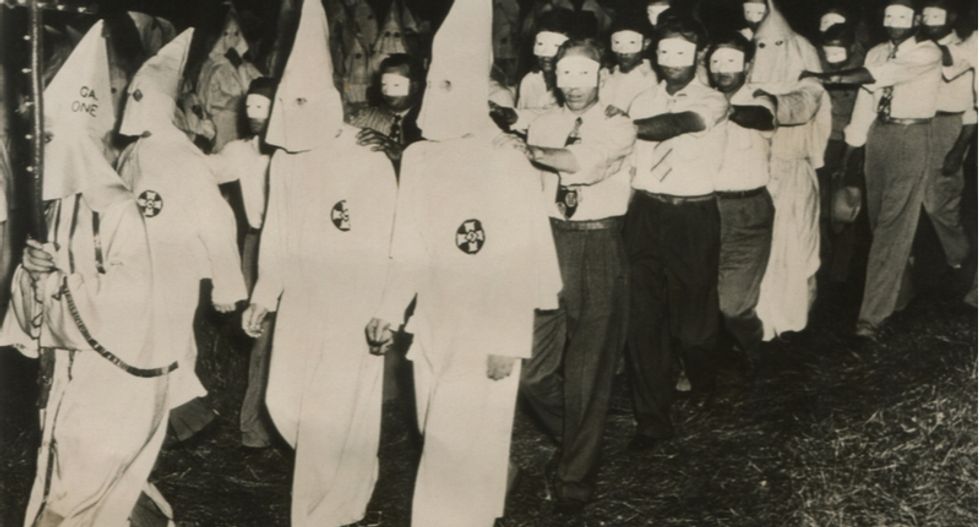 When Reconstruction was established after the Civil War, Congressional leaders knew the Supreme Court was hostile to their efforts – but they failed to take action to rein in Court power.

And the result was the Supreme Court killed Reconstruction and ushered in an era of Jim Crow Apartheid and Gilded Age corporate power.

If Joe Biden wins the Presidency and Democrats retake the Senate, they need to take steps to expand the size of the Court and shift the Court away from dominance by radical right wing ideologues.

We have already seen the Court unleash corporate political power with the Citizens United decision, further gut the Voting Rights Act and undermine and almost kill Obamacare. They may finish that job shortly after the election. With another Trump appointee, the darkest ideological fantasies of the right-wing Federalist Society will become reality and every progressive policy will be blocked by court fiat.

The precedent of the fall of Reconstruction is instructive.

The Reconstruction Congress attained full power with the election of Ulysses Grant in 1868, passing laws to protect the black vote, shut down the Klan, and prohibit racial segregation in every hotel, restaurant, pool and public transit in the nation. It’s a bit of our history that has largely been forgotten.

And the reason it’s forgotten is that, beginning in 1873, the courts overturned all of the Reconstruction laws, freeing indicted Klan murderers, striking down civil rights laws and allowing the black vote to be silenced.  An unleashed tidal wave of white terrorism overthrew multi-racial governments in the South, installing whites-only “Redeemer” governments that led the way to full-on Jim Crow in the years to come.

In the North, shorn of its progressive black Southern voter base, the Republican Party shifted to favoring its pro-corporate wing, helping usher in the Gilded Age of unquestioned power by giant trusts and monopolies to dominate government policy and the economy. Again, the Supreme Court in decades to come would overturn any attempt to enact federal or state minimum wage laws or other measures to challenge economic inequality.

Given the role of the Supreme Court in helping provoke the Civil War in the first place through its rulings favoring slaveholders, including the infamous Dred Scott decision, voices in the Reconstruction Congress had warned of this danger. In 1868, Congressional leaders condemned the reported anti-Reconstruction views of Justice Stephen Field – appointed by Abraham Lincoln to appease pro-unionist Democrats.  Representative Glenn W. Scofeld of Pennsylvania introduced a resolution in the House directing the Judiciary Committee to investigate whether impeachment was justified, a resolution that passed ninety-seven to fifty-four, but full impeachment was not pursued.  Other measures sought to restrict the Supreme Court’s ability to strike down Reconstruction laws- but were unsuccessful.

The confrontation with the Court came to a head with the U.S. v. Cruikshank case.  A mob of a hundred white racists in Colfax, Louisiana attacked a group of largely black defenders of the elected government at the local courthouse in 1873, murdering as many as 153 victims by some estimates. Under recently enacted Enforcement Acts – which also established the U.S. Justice Department – the leaders of the mass murder were indicted by the federal government, but lower courts and then the Supreme Court would free those ringleaders, declaring that the federal government lacked any power to stop “private” acts of murder. With a wave of mass murder and intimidation unleashed that the federal government was now powerless to stop, black-led or allied governments were overthrown throughout the South and Reconstruction came to an end. As just one example, ex-confederate General Matthew Butler helped overthrow the South Carolina government, as white mobs killed blacks in the streets and intimated the black vote in 1876– and then was elected U.S. Senator.

Many liberals tell themselves a fairy tale of the Supreme Court saving the nation from segregation, but the actual history is that the Supreme Court was the bulwark of slavery before the Civil War, smashed Reconstruction afterwards, and helped impose segregation on the nation long before the liberal Warren Court arose. And in the wake of the Warren Court, the modern Supreme Court has overturned democratically-approved affirmative action laws, gutted the Voting Rights Act, and repeatedly limited the reach of the civil rights laws.

And putting aside a handful of decisions like the recent gay rights rulings, which often feel like a carefully curated cultivation of liberal hopes and Warren Court nostalgia by Chief Justice John Roberts, the overwhelming bulk of other Supreme Court decisions have advanced vote suppression and corporate power at the expense of the public. The addition of another Trump appointee to the Court will unleash the even farther-ranging fantasies articulated by Justices Clarence Thomas and Brett Kavanaugh of striking down broad swathes of existing progressive policy.

If a new Trump appointee is confirmed, five of six Republican Justices on the Court will have been appointed by a President who lost the popular vote against a backdrop of fifteen out of nineteen Justices having been appointed by Republicans since 1968 – an overwhelming partisan tilt in the courts that is an affront to democracy.

So Democratic leaders face a choice.  Throw off the false nostalgia for the Warren Court era and act to reign in rightwing court power through adding judges to both lower courts and the Supreme Court – or face a future where the courts not only gut progressive legislation but may well overthrow future progressive governments.

This is not a worst-case scenario of This Could Happen Here.  It already has once in American history. Let’s not repeat the same mistake.

Nathan Newman is a writer and professor teaching criminal justice and sociology at CUNY. He also wrote extensively about the legal machinations of Reconstruction and its modern implications in the Brennan Center for Justice policy brief, A New Birth of Freedom: The Forgotten History of the 13th, 14th and 15th Amendments.