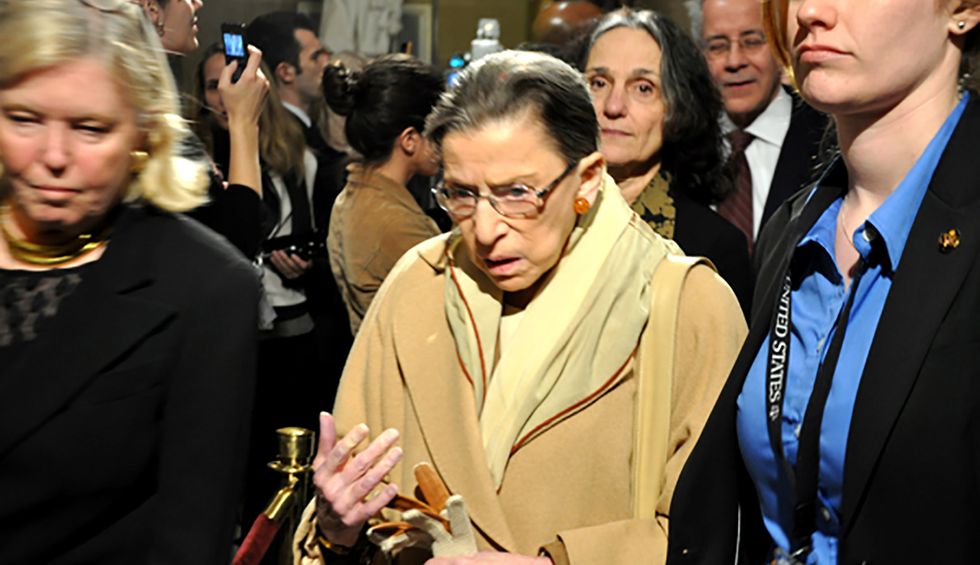 With the announcement of Supreme Court Justice Ruth Bader Ginsburg’s passing, Democratic candidates have seen record levels of fundraising donations. According to ActBlue, in less than 72 hours, almost $100 million has been donated by Americans for who RBG’s death is a reminder of one of the many things at stake this coming November.

According to Bloomberg, the $97 million brought in so far since late on Friday, saw a record jump on Saturday when ActBlue reported $70.6 million in donations to candidates. To put that into perspective, up until Saturday, ActBlue was averaging about $15.7 million per day in fundraising. The New York Times reported that fundraising records for ActBlue were broken in the hours after RBG’s death was announced, averaging around $100,000 per minute into the evening.

Much of this comes along with the sad shock of a Supreme Court, already stolen from President Barack Obama in 2015, is once again at a humanity over business and ideology deficit. The numbers have only been boosted because Majority Leader Mitch McConnell, arguably the most pigeon-hearted hypocrite in modern history, very quickly used his faux condolence statement to reverse his own previous insistence on allowing the voting public to decide the next nominee, saying he would be bringing a Trump Supreme Court nominee to vote as soon as possible.

As of writing this story, ActBlue has officially announced that it has surpassed the $100 million mark.

Generating the money will help Democratic candidates in the upcoming weeks, but is not the defining factor. Getting out and voting, and going to the streets if and when the Trump dictatorship decides to try and overturn the Democratic process, is what will win the day.