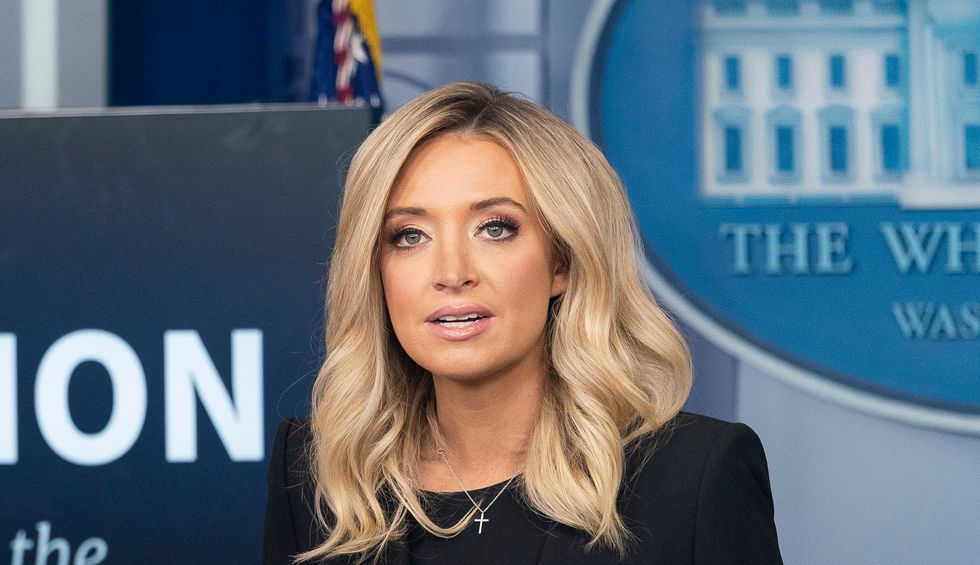 White House Press Secretary Kayleigh McEnany is trending on Twitter as her lies to defend President Donald Trump are coming back to haunt her.

The latest Twitter trend began with a newly released video ad, titled "Bye Kayleigh." In it, the Progressive political group MeidasTouch offered a timeline of McEnany's most outlandish lies in defense of Trump.

In a statement, the Progressive PAC slammed McEnany, comparing her to “Baghdad Bob,” whose real name is Mohammed Saeed al-Sahhaf. "Baghdad Bob" served as an Iraqi propaganda minister under former Iraq President and dictator Saddam Hussein.

The clip began with McEnany's infamous February 25 remarks when she claimed the United States would "not see diseases like the coronavirus come here” because of Trump's pandemic response. That remark was followed by highlights of Trump's biggest lies about coronavirus. The video ad concluded with McEnany's infamous lie when she insisted she would never lie to the American public.

The video ad resonated with so many Twitter users, its title began trending. In less than 24 hours, the video surpassed one million viewers. As they retweeted the video, many Twitter users shared their reactions as they blasted McEnany for defending and enabling the White House's lies.

The hashtag comes as McEnany fields criticism for her baseless defense of Trump's latest coronavirus remarks. When Trump traveled to Ohio on Monday for yet another campaign rally, he opted to go for his usual pandemic tactic instead of honoring the 200,000 Americans who have died from the virus.

Downplaying the pandemic yet again, Trump claimed COVID-19 "affects virtually nobody." During the White House press briefing on Monday, CNN's Jim Acosta confronted McEnany about the president's claims. In true Kayleigh McEnany fashion, she took the gaslighting approach as she insisted Acosta and the American public misunderstood Trump's remarks and took his words out of context although she even admitted, herself, that the president said exactly what he said.

Despite clear evidence of Trump's lies, McEnany insisted the president "is telling people the truth."