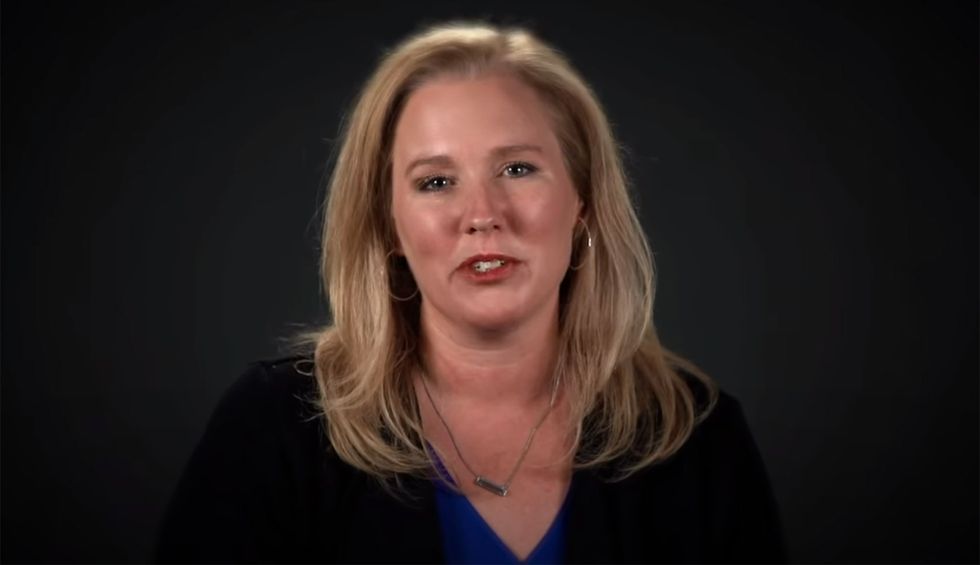 A new video from Republican Voters Against Trump was released on Wednesday. Like former chief of staff for the Department of Homeland Security Miles Taylor’s video, this one features Elizabeth Neumann, Trump’s former assistant Secretary for Threat Prevention at the DHS. Neumann was one of the DHS officials who spoke on the threat of domestic terrorism with the House back in June 2019. It was a hearing that highlighted the rise of the white supremacist and white nationalist movements in our country and abroad, and the dangers they posed to our democracy.

Neumann begins the video talking about her Christian faith and her 2016 vote for Donald Trump, which she says was based on his campaign’s “pro-life” stance. Neumann describes seeing the rise of the domestic terrorist/white supremacy agenda between 2017-2018. She says that she was asked repeatedly by many whether or not President Trump’s “rhetoric” made her job of quelling these domestic threats more difficult. “The answer is yes. The president's actions and his language are in fact racist.” She explains that she believes Trump’s “divisive language is indirectly tied to some of the attacks that we have seen in the last two years.”

The two-minute video is somber and straight forward. Neumann is a Republican, forced-birther type. She was a part of Trump’s fascistic DHS program, but she was also there to do a job, she explains, and Trump was more than simply incompetent—he was an active impediment to protecting the American people.

One of our government’s responsibilities is to come up with plans for “external threats, like we're seeing today with COVID.” Neumann reminds the viewer that there have been plans for a COVID-like pandemic for at least 15 years. The government’s (and Trump’s) job was to simply implement whichever plan they thought would best protect our country. But, according to Neumann, expert after expert told her that they were thwarted by Trump at every step because he feared a tanking economy ,and was almost entirely interested in his reelection campaign.

“I'm sorry, Mr. President, you were hired to handle America's worst day and you've absolutely failed. We are less safe today because of his leadership. We will continue to be less safe as long as he is in control. And this year I'll be voting for Joe Biden.”

Those are the facts. You don’t have to agree with any single policy, but having an incompetent criminal leading the executive branch of our government is not tenable. It’s that simple, really.