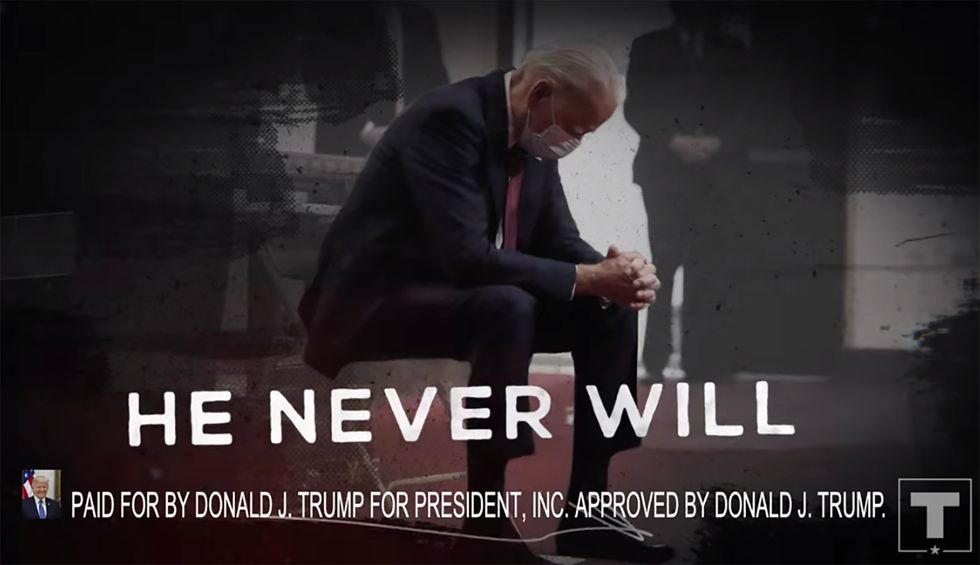 CNN fact checker Daniel Dale on Thursday showed how President Donald Trump’s campaign has been blatantly manipulating photos of former Vice President Joe Biden to make it look like he has spent the last year sitting in his basement.

While appearing on “New Day,” Dale dissected images of Biden in Trump’s new ad and showed how the campaign used Photoshop to put the photos in a completely different context.

“[The ad] uses three misleading images, one of which is egregiously altered,” Dale said. “That first image shows Joe Biden speaking at a town hall in Iowa outdoors at a nature preserve… what the ad does is remove the microphone from his hand and remove the trees, replacing it with a wall to make him seem like he’s alone and not talking to anyone.”

Dale also said that Trump campaign manipulated a photo of Biden praying at a church to make him look weak.

“A third misleading use of an image in that ad, they also show Biden sort of looking down, hands clasped, looking defeated,” he said. “Well, he was actually praying at an African-American church in Delaware after the death of George Floyd. This wasn’t him looking downcast because he’s being beaten by Donald Trump, it was a solemn moment used to make him look bad.”