Trump thinks his pitch to 'suburban housewives' is a winner. In reality, it's aimed at almost no one 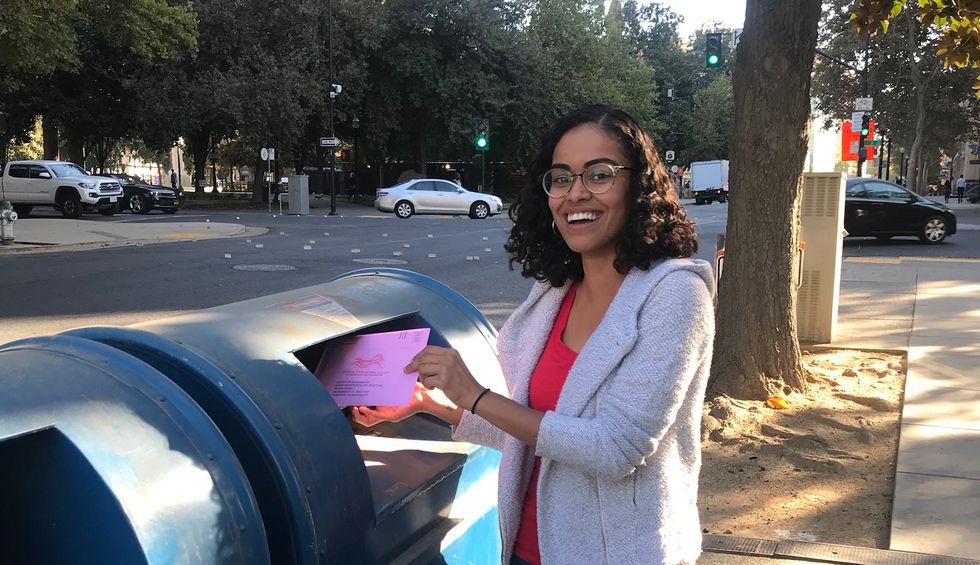 With the coronavirus pandemic roaring unchecked, Donald Trump’s deranged Twitter feed has managed to recede into the background somewhat, but he recently broke through his own self-inflicted clutter when he tweeted, “The Suburban Housewives of America must read this article. Biden will destroy your neighborhood and your American Dream. I will preserve it, and make it even better!”

The “article” in question was actually an opinion piece by long-time Republican operative Betsy McCaughey, but its contents—racist fearmongering dressed up in classic NIMBY garb—were almost beside the point. The widespread (and hilarious) online pushback centered on Trump’s bizarre framing around the “Suburban Housewives of America,” which sounded as if it were time-warped in from an advertisement from the 1950s or 1960s. Those were probably Trump’s formative years of watching television—and still apparently form the lens through which he understands the world.

If nothing else, Trump seems blissfully unaware of the dramatic changes that have occurred within our labor force and our cities and their suburbs throughout the second half of his life. And they have been dramatic indeed.

For starters, there just aren’t a lot of “suburban housewives” left. A large majority of working-age women are, in some shape or form, participants the labor force. In fact, there never was never a huge monolith of “suburban housewives” to begin with, even in the Leave it to Beaver era. Despite perceptions that still linger today, of the 1950s as an idyllic era when one income was adequate to support an entire family, over one-third of all adult women worked outside of the home even in 1950.

But just how big might this demographic be today? Pew Research estimated that in 2016, there were around 11 million stay-at-home parents. At first glance, that might seem like a lot—but that’s only 18% of all of the nation’s parents. If you cast a larger net, it’s even like a smaller share of the population: That 11 million is only 8% of the 2016 electorate (137 million), or 4% of the total adult population (262 million persons 16 or older in 2018).

And on top of that, of those 11 million stay-at-home parents, 17% of them are fathers. So an overall number of stay-at-home mothers would be more like nine million. Presumably, Trump’s pitch to “Suburban Housewives” wasn’t intended to include dads; he probably couldn’t even wrap his head around the idea of being a stay-at-home dad in the first place.

There’s one problem with simply applying those Pew estimates, though: Not all “housewives” are necessarily parents with children at home. They might be the mothers of adult children who have left home, but who haven’t needed to or been able to re-enter the work force. And they might be married women who don’t have children at all but aren't in the labor force for other reasons.

The Census Bureau doesn’t ask about “housewife” status or consider it an occupation, but it estimated that in 2018, there were 26 million women who were 16 or older and were currently married but were not in the labor force. That’s a more generous number, but probably too generous in terms of who might likely think of themselves as “housewives.”

For starters, there are nearly 13 million women over the age of 65. That’s not a clear subtraction problem of 26 million minus 13 million, because some of those 13 million women 65 or older are still in the labor force. But that tends to be an age at which one might stop thinking of oneself as being outside of the labor force by necessity or simply by choice but rather by reason of age (in other words, being a “retiree” rather than “housewife”).

On top of that, you would also probably need to subtract working-age married women who, whether parents or not, aren’t in the labor force because they’re currently enrolled in school; regardless of whether they’re working on GED completion or medical school, they’re unlikely to think of themselves as “housewives.” You would probably also need to subtract working-age married women who might like to be in the work force but currently are not, because of disability.

So, it’s all a very rough calculation, but we can guess that there’s between 9 million (under Pew’s narrow terms) and, say, 12 million women who potentially fall into the “housewife” zone. But that’s only half of Trump’s equation! We would also have to ask, of those 9 to 12 million, how many actually live in the sububs?

Unfortunately, the Census Bureau does not define “suburban,” let alone attempt to count how many suburban Americans there are. But Pew Research estimates that 55% of the U.S. population lives in the suburbs, based on how many respondents to their surveys describe themselves as living in urban, suburban, or rural settings.

A more complicated model recently published by the Department of Housing and Urban Development attempts to define “urban,” “suburban,” and “rural” at the census tract-level—one of the most granular geographic units for which the census provides data—based on a mix of survey responses and each tract’s physical characteristics.

Calculations based on this model suggest that 53% of the U.S. population lives in suburbia, very similar to Pew’s estimates. Either way, we can feel confident that slightly more than half of the U.S. population lives in the suburbs. It’s worth considering, though, that married women in suburban and rural areas are disproportionately more likely to not be in the labor force, compared with married women in urban areas, where households tend to be smaller and are home to fewer children.

So if a little over half of those 9 to 12 million “housewives” live in the suburbs, then Trump is making his pitch to an audience of somewhere between four and six million women—this in a country of 328 million. He might think he’s speaking to some huge bloc of the silent majority when actually he’s just microtargeting.

But let’s be honest here: Trump isn’t pitching this message to everyone in that 53% of the nation that lives in the suburbs. It’s a message aimed directly at his white supporters, warning about the invasion of the suburbs by some neighborhood-destroying “other.” That shouldn’t make a difference for our calculations though, if, as Trump seems to believe, the suburbs are nearly all-white.

Except … the suburbs aren’t even close to all-white. It turns out that of the 170 million people who live in suburbia, only 106 million of them are non-Hispanic white. In other words, only 62% of the residents of the suburbs are white, which is remarkably close to the 61% of the country as a whole that’s also white. So we’ll need to shave another 40% off that four to six million women.

And even among this group, how many are persuadable voters? The majority of those two to three million white women—some of whom won’t even be voters—long ago made up their minds about Trump, either for or against. Pew recently found that 93% of the electorate either identifies with or leans toward one of the two parties, leaving only 7% as true independents. Even if you include Pew’s “leaners” as potentially persuadable, more than half the electorate (61%) is firmly in one party’s camp or the other.

So, really, Trump is preaching to an audience of, maybe, somewhere between one million to 1.5 million. Even at the top end of that estimate, that’s just barely 1% of the total 2016 electorate. With turnout likely to be considerably higher this fall, that share in practice will be even smaller.

Finally, for this very narrow slice of America, how many feel so much discomfort with changes in the physical or demographic nature of their neighborhoods that this issue is top of mind? Not only are there more pressing issues that, for most people, are much more salient—you know, like the pandemic and the recession—but if there was a battle over whether the suburbs were going to stay mostly white and conservative, it wrapped up decades ago. In the nation’s large metropolitan areas, the suburbs have become just as diverse as the country as a whole, and for many “suburban housewives,” that’s just an unremarkable given at this point, not a source of controversy or worry.

Just to illustrate that point, here’s a comparison of the demographic makeup of some of the nation’s most iconic Sun Belt suburbs (and one-time Republican strongholds) showing where they were in 1980 versus where they are now. (In particular, Cobb County gave us Newt Gingrich in the 1990s, and Fort Bend County gave us Tom DeLay.)

Trump, McCaughey, and their allies aren’t even fighting a rear-guard action to preserve an archaic culture; they’re more like the holdouts on a remote Pacific island whom nobody bothered to tell the war is already over.