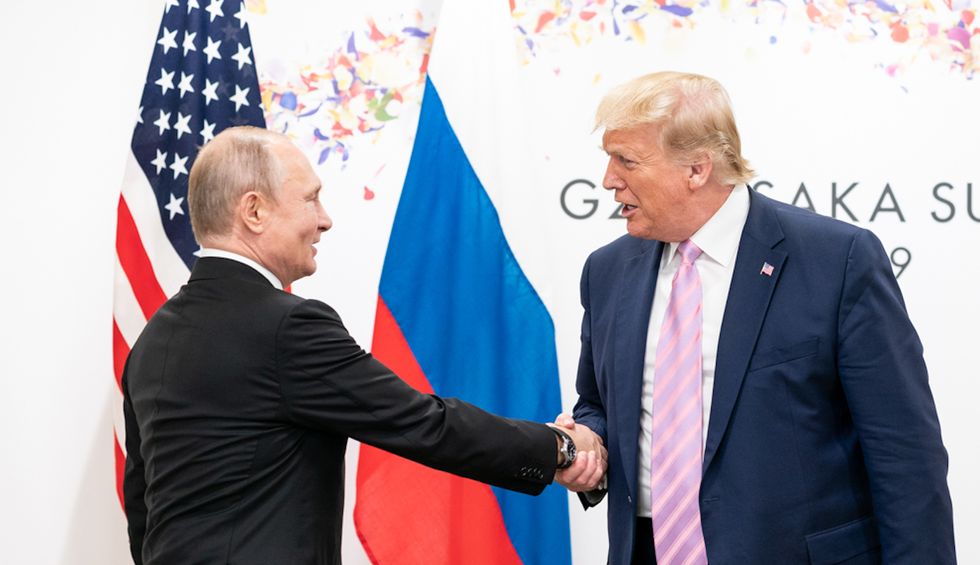 President Donald Trump kicked off Tuesday by blasting John  Bolton, after numerous articles show his former National Security Advisor questioning the president’s strange allegiance to Russian President Vladimir Putin. In one, Bolton says Trump’s meeting with Putin in Helsinki was the incident that shocked him the most.

That was in 2018, when Trump stood next to the Russian President, told the world that Putin denied “meddling” in the U.S. election, and that Trump beloved Putin – over the U.S. intelligence community.

In response, on Tuesday Trump called Bolton “one of the dumbest people I’ve met in government.” He said Bolton “states often that I respected, and even trusted, Vladimir Putin of Russia more than those in our Intelligence Agencies.” And then tries to deny it is true by making a very odd statement.

“While of course that is not true, if the first people you met from so called American Intelligence were Dirty Cops who have now proven to be sleazebags at the highest level like James Comey, proven liar James Clapper, & perhaps the lowest of them all, Wacko John Brennan who headed the CIA, you could perhaps understand my reluctance to embrace!”

Experts are saying Trump’s attempt to deny the accusations he trusts the President of the Russian Federation more than the U.S. Intelligence Community sounds more like a confirmation than a denial.

This denial that Trump trusted Putin more than the Intelligence Community sure sounds more like a confirmation that… https://t.co/Osb23l6FOx
— David Rothkopf (@David Rothkopf) 1597147052.0