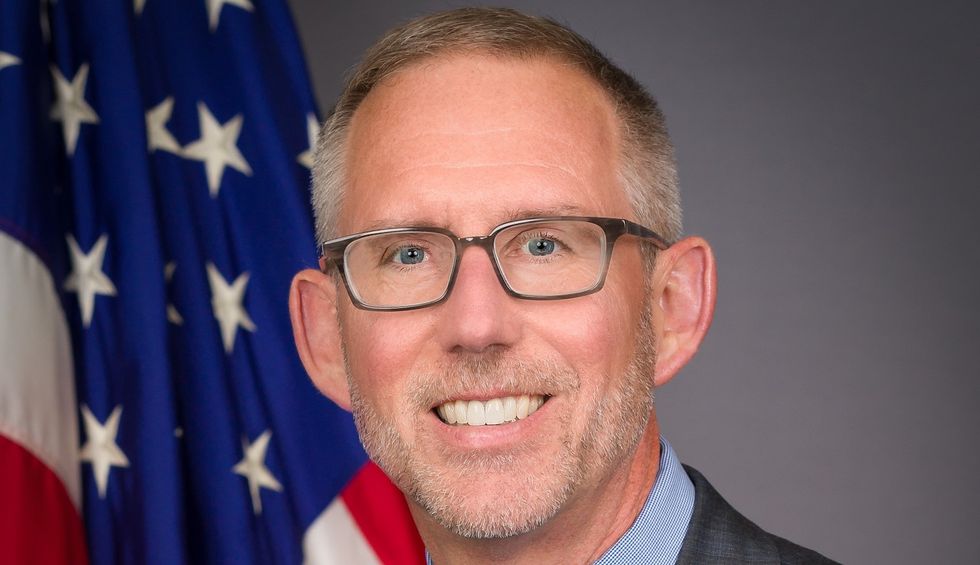 When Dan Hoskins tried to organize colleagues at an Oregon plant in 2019, vindictive managers marched him past as many workers as possible en route to a disciplinary meeting in the human resources office.

The company wanted to create a climate of fear, Hoskins recalled, not only by threatening his job but ensuring others saw “Mr. Leader Pants getting written up.”

From trumped-up disciplinary charges to threats of layoffs and other scare tactics, corporations wage ferocious wars of intimidation to sabotage organizing campaigns and torment union supporters.

“You’re in a war zone,” explained Hoskins, who willingly shouldered the mistreatment because he understands the benefits unions bring to a workplace. “The tension is thick, and you know it’s going to be that way for months.”

Sadly, abused workers can expect no help from the Trump administration, which is busy trying to exterminate labor unions.

Even as the COVID-19 pandemic revealed the urgent need for stronger workplace protections, Trump’s National Labor Relations Board (NLRB) ramped up a scorched-earth campaign aimed at annihilating organized labor and subjugating American workers.

The string of NLRB rulings amounts to death by a thousand cuts, each one chipping away at the long-established rights and practices enabling working people to join together to build better lives.

For example, the NLRB—run by Trump’s handpicked corporate cronies—imposed additional, unnecessary steps to the union election procedure solely to drag out the process and give employers more time to thwart organizing efforts.

The board also ruled that employers may discipline a worker just for mentioning a union drive to a colleague during work hours. In a decision rooted in spite, rather than logic, it concluded the mere reference to an organizing effort—even an offhand remark—constituted an illegal solicitation of a colleague’s vote.

The NLRB is ostensibly responsible for protecting workers’ rights. But under Trump, it’s stacking the deck in favor of greedy corporations desperate to silence workers’ voices and bust unions at any cost.

Hoskins said the several organizing efforts he helped to lead all fell short amid unfair rules that restricted his activities yet gave his employers free rein to viciously bully workers and paper the plant—even the cupboards and tables in the cafeteria—with anti-union propaganda.

He likened the uneven playing field facing unions to a political campaign in which only one candidate gets to use social media or a fight in which one person gets only one punch to an opponent’s 10.

“Then we’re supposed to win the boxing match?” asked Hoskins, who supports unions because they give workers a voice in the workplace and force corporations to share more of their profits with the people who actually create them.

In one of its biggest gifts to corporations yet, the NLRB went to court to overturn an Oregon law that affords workers a degree of protection from the pernicious anti-union meetings that employers across the country regularly hold to belittle union supporters, lie about labor and kill organizing campaigns.

In Oregon, employers may hold anti-union meetings. But they cannot force workers to attend them. The NLRB filed suit to change that, arguing the law violates employers’ free-speech rights.

That’s right. The Trump administration wants to further free employers to lie, bully and fearmonger during organizing drives, even as it empowers the same companies to discipline workers for so much as mentioning a union.

Hoskins attended anti-union meetings over the years where managers falsely claimed that a union could undercut a company’s competitiveness and force it to cut jobs.

“The number one emotion they manipulate is fear,” Hoskins said, noting one panicked co-worker threatened him for leading the union drive.

If the NLRB overturns Oregon’s law, employers will ramp up the coercion and launch anti-union campaigns every bit as brutal as the one Kumho Tire waged against workers in Macon, Georgia, in 2016-2017.

After workers began an organizing drive with the United Steelworkers (USW), Kumho forced them into daily anti-union meetings—each lasting up to 90 minutes—in which the company repeatedly threatened to close the plant, haul away the equipment and eliminate their jobs.

Kumho augmented that torture with shop-floor conversations in which supervisors continually bullied workers and demanded to know how they planned to vote. The pressure tactics began the moment workers began their shifts each day, creating an atmosphere of pure hell inside the plant.

Yet workers are persevering in their efforts to organize—just like a growing number of other Americans.

The NLRB’s assault on organized labor and workers’ rights comes as more workers—at companies ranging from Trader Joe’s and Whole Foods to FedEx and multi-billionaire Warren Buffett’s Cort Furniture—seek the protection of unions.

The pandemic further widened America’s rampant income inequality and underscored corporations’ indifference to workplace safety, as workers at Cort Furniture and Orlando International Airport discovered when their bosses herded them into anti-union meetings despite the need for social distancing.

These and other exploited workers realize that only by organizing can they win family-sustaining wages, decent benefits and safe working conditions.

However, building better lives for millions of ordinary Americans will require an NLRB committed to vigorously enforcing labor rights.

The president nominates NLRB members as well as the agency’s powerful general counsel, and the Senate confirms them. So only the election of federal officials committed to workers’ rights can truly put the agency back on course.

Trump and his Senate allies not only installed corporate lawyer Peter Robb as general counsel but put former GOP congressional staffer Marvin Kaplan and corporate lawyers John Ring and William Emanuel on the five-person board—appointments that deliberately set in motion the war on unions and workers.

In a recent letter, the USW urged senators to reject Trump’s renomination of Kaplan, whose term expires in August, because of the unprecedented damage he helped inflict on Americans like Hoskins, who only want fair treatment on the job. The Senate voted to confirm him for another term anyway.

Hoskins first grasped the value of collective bargaining years ago after seeing a corporate executive pocket millions of dollars in a single quarter, while some of his co-workers struggled to make ends meet.

Ever since, he willingly endured managers’ harassment during organizing campaigns because he understands the life-changing differences a union would deliver.

Hoskins doesn’t mind fighting for a union. He only wishes the NLRB would finally give him a fair shot.