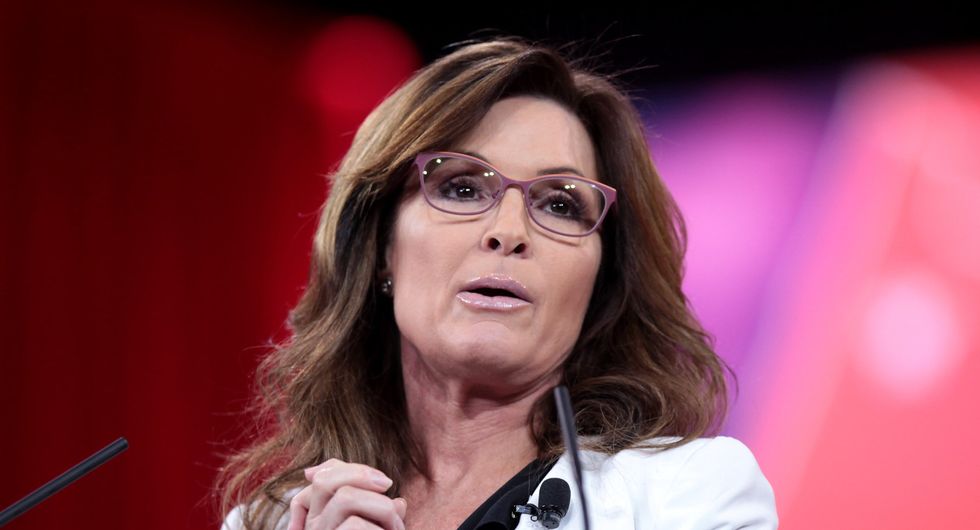 Carlson suggested that Palin was treated much worse by the media than Joe Biden's pick.

“Looking back, is there anything you could have done to get the kind of coverage that Kamala Harris is getting now?” Carlson asked Palin on his Wednesday night show. “Like you 'care about equality deep within your soul,' that you’re a 'rock star,' a celebrity, you’re the Dalai Lama reincarnated — could you have done anything to get that kind of coverage?”

While it's true that Palin drew sharp criticism in media when her complete lack of qualifications for the presidency became evident, Carlson is wrong to suggest Palin didn't receive this kind of coverage. When she first hit the national stage, her political stardom was widely hailed.

Here's just some of that coverage:

But put all that aside. There certainly was some unfair and sexist coverage of Palin. But what Palin said next to Carlson was precisely in line with the kind of misogyny she faced.

"I would not have prostituted myself," she said, pausing briefly, perhaps seeming to recognize she had just used an inflammatory word. She awkwardly tried to explained what she meant, but it didn't make much sense: "In terms of changing any of my positions in order to garner better press.” But her invocation of the word "prostitute" echoed the misogynistic attack Rush Limbaugh recently lobbed at the Democratic vice presidential candidate when he called her a "hoe."

She then bizarrely suggested that Harris is "prostituting" herself by backing policies like gun confiscation, which is not a part of the Democratic Party platform.