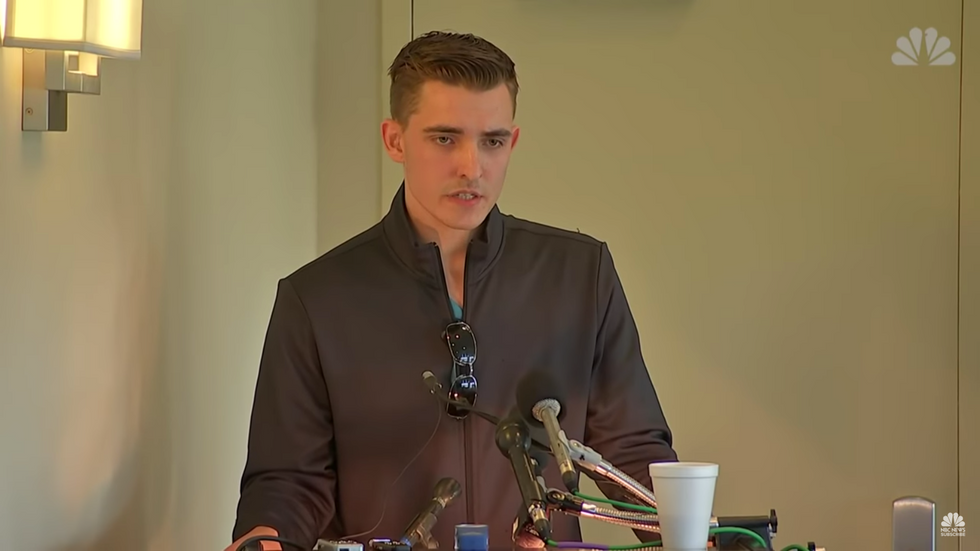 Jacob Wohl is the right-wing scam artist fraudster who continues to make news because he somehow continues to not be in jail. As recently as May, audio recordings of Wohl and his strange crew of fraudriots (scamtriots?) conspiring to concoct false sexual assault charges against Dr. Anthony Fauci were leaked to the press. A real piece of trash work this guy is.

Now, according to reports, Michigan residents have been receiving robocalls with misinformation that is clearly geared at frightening people away from the Democratic process this November. According to Michigan Secretary of State Jocelyn Benson, she has received a “recording of a robocall targeting Detroit voters using racially-charged stereotypes and false information to deter voting by mail.” The recording, which you can hear below, says it is from a “civil rights organization founded by Jack Burkman and Jacob Wohl,” and then tells prospective voters that while “voting by mail seems great,” doing so allows credit card companies and other debt collectors access to your personal information.

Benson went on to tweet that “Attorney General @dananessel and I will use every tool at our disposal to dispel this & other false rhetoric & seek justice on behalf of every voter who was targeted & harmed by this vicious attempt at voter suppression. Please report similar false info to elections@michigan.gov.”

Benson and our democracy received good news on Wednesday. A Court of Claims judge ruled that Benson was within her rights as secretary of state to send all 7.7 million registered voters in the state of Michigan absentee ballot applications. Republican operatives are still trying to invalidate these ballots before the election. This is because the fewer people vote, the less of a democracy we have, and the Republican Party does not want a democracy anymore (if they ever did).

Jacob Wohl is sort of what would happen if the portrayal of Caligula by John Hurt in I, Claudius had the creativity and charisma of a box of Milk Duds and became a real live boy. And while he and Jack Burkman are considered “fringe” in some circles, the fact-free conspiracy hokum that they peddle is not much different than what is being passed off as real by the president of the United States.

As fellow Daily Kos staff member Christopher Reeves has pointed out, Wohl and Burkman represent a form of domestic terrorism that works feverishly to pump misinformation and divisiveness into the political process. Their job is to obfuscate the facts of every situation in the hopes of creating a chaos out of which the most fascistic and racist entities can continue to hold power.

Here’s a recording of the robocall.

Per comments down below, similar robocalls with bogus voting information meant to deter people from voting by mail has been reported in Virginia and Chicago, and also New York.

&ref_url=https%3A%2F%2Fwww.dailykos.com%2Fstory%2F2020%2F8%2F27%2F1972854%2F-Right-wing-fraudster-allegedly-behind-series-of-robocalls-spreading-voting-misinformation-in-Detroit
From Your Site Articles
Report typos and corrections to: feedback@alternet.org.