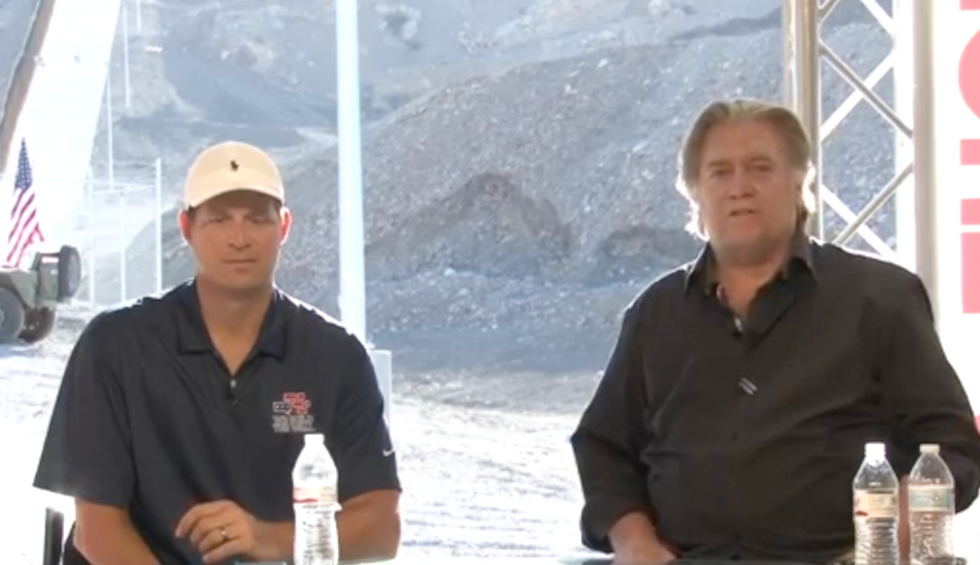 This week, former Breitbart News CEO Steve Bannon became the latest ally of President Donald Trump to face criminal charges when federal prosecutors for the Southern District of New York indicted him for fraud in connection with the We Build the Wall project. The indictment alleges that the more than $25 million raised in a crowdfunding campaign was being used for personal expenses rather than a U.S./Mexico border wall as Bannon, his associate Brian Kolfage and others named in the indictment promised.

But it seems Bannon should have seen his troubles coming. Media Matters’ John Kerr, following the arrest, posted an old June 24, 2019 video of Bannon which  Kerr notes "foreshadowed his own indictment for fraud.”

When Acting U.S. Attorney Audrey Strauss announced the indictment earlier this week, she alleged that Kolfage used the money to pay for “his lavish lifestyle” — and Bannon was arrested on Kolfage’s yacht. In the June 24, 2019 video, Bannon jokes about living such a lifestyle, being on a yacht in the south of France and paying for it with We Build the Wall donations.

In the video, Bannon is heard saying: “This is Steven K. Bannon. We’re off the coast of St. Tropez in the Mediterranean. We’re on the million-dollar yacht of Brian Kolfage. And Brian Kolfage, he took all that money from Build the Wall. No, we’re actually in Sunland Park, New Mexico.”