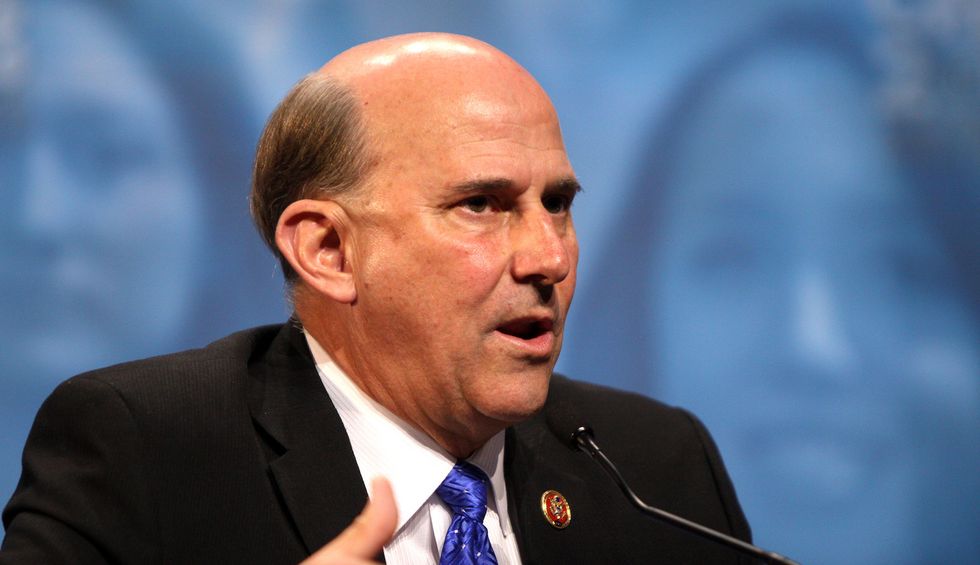 It’s unclear exactly how many people Texas Rep. Louie Gohmert has put at risk in very recent days after defiantly refusing to wear a mask around his House colleagues and then testing positive for COVID-19 (which he found out about only because he was scheduled to be within spitting distancing of impeached president Donald Trump). But it didn’t stop there: ABC News is among the media outlets that reported that Gohmert, apparently unaware of technology including email and texting, returned to his office to inform staff of his diagnosis.

”We can expect, then, that he has spread the virus to some significant extent,” we wrote earlier this week. News that Gohmert, hands-down one of the worst members of Congress, could be some sort of “super spreader” comes as Gohmert has a history of also spreading the racist lie that Central American children who have fled to the U.S. for safety are disease-ridden.

“In response to an influx of unaccompanied minors arriving in Texas in 2014, Rep. Gohmert suggested bringing in the Texas National Guard to ‘stop the invasion… [because] we don’t know what diseases they’re bringing in,’” said The Plot Against Immigrants, a project of Western States Center. Gohmert pushed this racist lie more than once, also claiming that U.S. schools would not be able to educate these children because “we don’t even know what all diseases they have,” Texas Observer reported at the time.

The “diseased immigrant” lie is a racist and tired one popular with Republicans like Gohmert. “Consider, for example, Guatemala,” Texas Observer reported at the time.

“According to the United Nations Children’s Fund (UNICEF), Guatemalan kids are more likely than Texans to be immunized for most infectious diseases,” the report said. “Guatemala has universal health care. Vaccines are 100 percent funded by the government … By comparison, one in six kids in Texas is uninsured, and even insured families often must pay for vaccination.”

In fact, as Gohmert lies and claims kids fleeing to the U.S. are somehow bringing danger, it’s the current U.S. government that has created precedented dangers.

We know that migrant children have died under U.S. watch for the first time in many years. We know that even after children died under U.S. watch, border officials ignored a Centers for Disease Control and Prevention recommendation to give detained kids and families flu shots. We also know that even as COVID-19 is hitting migrant family jails, Immigration and Customs Enforcement is refusing to release kids and their parents together.

According to the ABC News report, “Republican sources on Capitol Hill told ABC News that Gohmert's full staff has been in the office in recent days and that, at times, staffers were chastised for wearing masks.” After testing positive, Gohmert then claimed that maybe it was wearing a mask that got him sick.