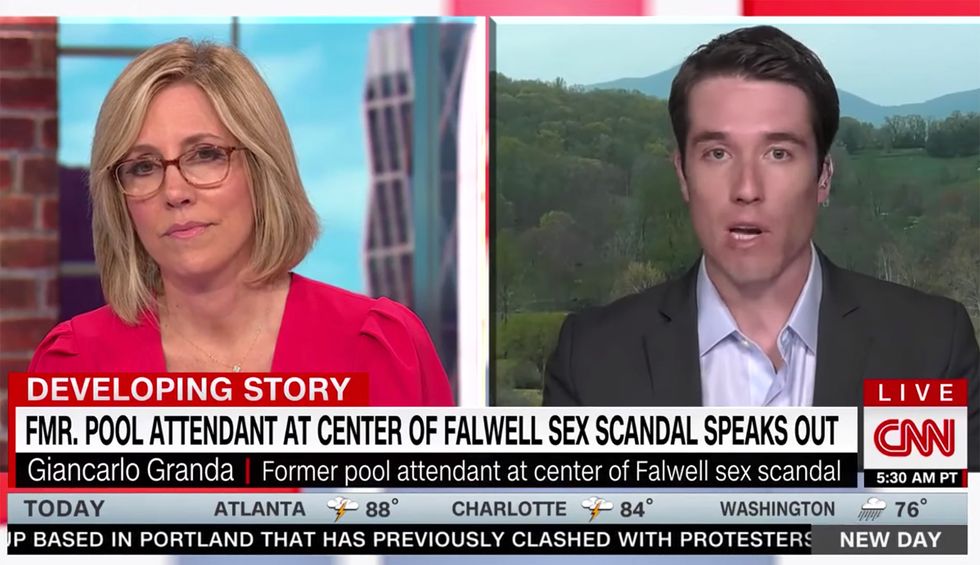 Giancarlo Granda, the former pool attendant who earlier this month made explosive allegations against former Liberty University president Jerry Falwell Jr., opened up about his experience during a CNN interview on Monday.

While talking with CNN host Alisyn Camerota, Granda accused Falwell and his wife, Becki Falwell, of engaging in “predatory behavior,” and he claimed that the former Liberty University boss would regularly threaten him if he told anyone about his relationship with the family.

Granda also said that Falwell regularly “instructed me to lie” when contacted by reporters, while also claiming that Falwell made secret recordings of him that he used to keep him from going public.

“He secretly recorded me, he was hanging it over my head and he kept saying, ‘Look, just be a good soldier and at some point, we’re going to buy your equity stake and you can walk away,'” he explained. “In the meantime, he was getting what he wanted, me having sex with Becki while he watched every single time. So in the meantime he’s getting exactly what he wanted and to me that’s predatory behavior.”

Falwell resigned as president of Liberty University after Granda alleged that he would regularly watch Granda have sex with Becki Falwell.