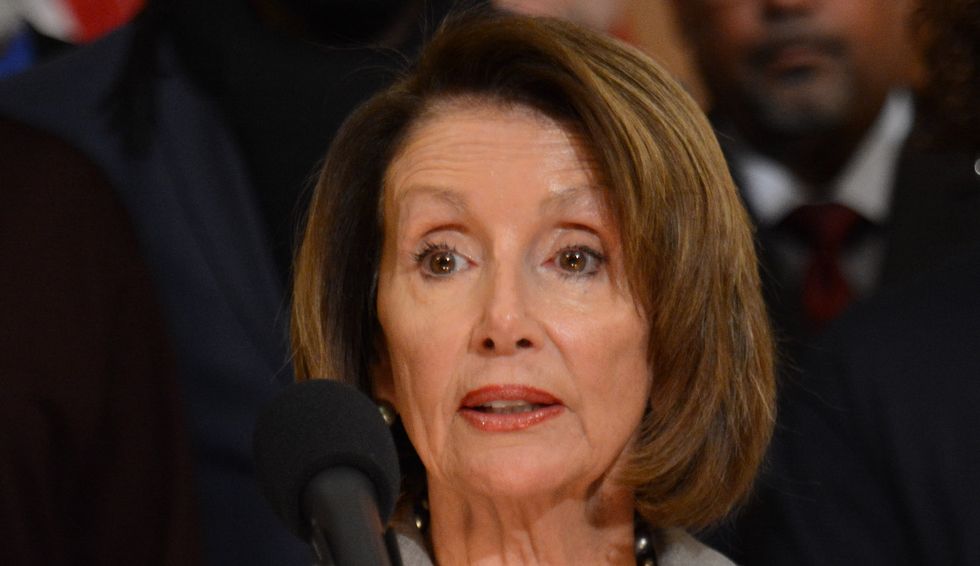 House Speaker Nancy Pelosi spoke with U.S. Postmaster General Louis DeJoy Wednesday, a conversation in which he "frankly admitted that he had no intention of replacing the sorting machines, blue mailboxes and other key mail infrastructure," she said in a statement. She says she spoke with him to let him know that his announcement Tuesday that he was suspending certain policy changes that have crippled mail service "is not a solution and is misleading."

"The Postmaster General's alleged pause is wholly insufficient and does not reverse damage already wreaked," Pelosi wrote. In addition to the key infrastructure he's refusing to replace, he admitted "that plans for adequate overtime, which is critical for the timely delivery of mail, are not in the works." The destruction of sorting machinery is continuing, as was discovered Wednesday in Grand Rapids, Michigan. The USPS had already confirmed that restoration of infrastructure wasn't going to happen. This makes it official, and is going to make for some intense congressional hearings Friday and Monday.

Republican Sen. Ron Johnson, who scheduled his hearing for Friday in an attempt to pre-empt the Democratic House, is probably regretting that decision now. His plan was to have DeJoy testify that he didn't need any additional funding, and that is going to be wholly overshadowed by DeJoy's wanton destruction of the institution. The follow-up hearing on Monday in the House is definitely going to be lit.

DeJoy is proving himself to be a real gift to Democrats—not just in giving them all this fodder, but in making Republicans look craven and stupid. Not that it's a stretch to make House Minority Leader Kevin McCarthy look bad, but then he tweets that the "so-called crisis at the @USPS" is just Democrats "manipulating information in order to push a conspiracy theory." A conspiracy theory that the USPS disproved by sending a letter to 46 states warning them that their elections are in jeopardy. Also a conspiracy theory that prompted DeJoy to pretend he was going to stop doing it.

This is all going to make passing the $25 billion emergency aid bill, which also requires the Postal Service to restore service to pre-coronavirus levels, that much easier for Pelosi. Once that passes, it's going to make it that much harder for Senate Majority Leader Mitch McConnell to refuse to bring the bill to the floor. Not that he won't be craven and corrupt enough to ignore it: It's just going to be really painful for all his fellow Republicans to fall in line.