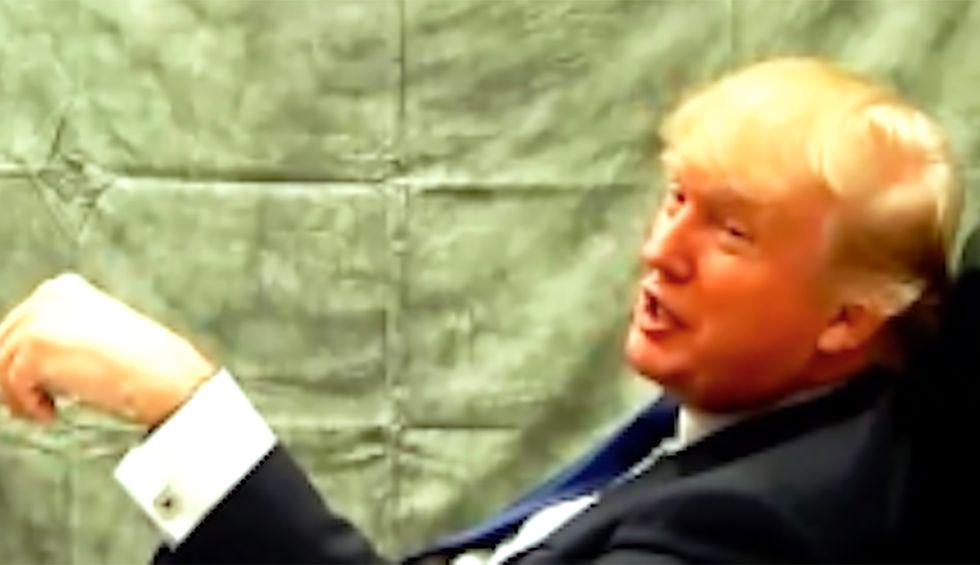 President Donald Trump can be heard boasting about threatening the Better Business Bureau and slurring a Latino judge in a newly revealed hot-mic video.

The 13-minute video, which was recorded while Trump and his attorney were apparently unaware the camera was rolling, was made Dec. 10, 2015, during a taped deposition in a fraud lawsuit against Trump University, reported Mother Jones.

Art Cohen, the lead plaintiff in one of two Trump University class-action lawsuits, gave a copy of the recording to the publication.

“I wanted to get this out before the election so people better understand how Trump behaves behind the scenes,” Cohen said. “Staying quiet all this time has been frustrating for me, and I wish everybody had gotten the chance to see Trump’s behavior as I did before the 2016 election. With 20/20 vision, we now have the opportunity to better understand his true nature and the gangster persona he shows in this video.”

“The Trump University legal saga is a footnote to history,” he added, “but it helped Trump hone his blueprint for attacking the judiciary by publicly berating judges he deems adversarial.”