New coronavirus polling shows why Trump is so desperate to cheat 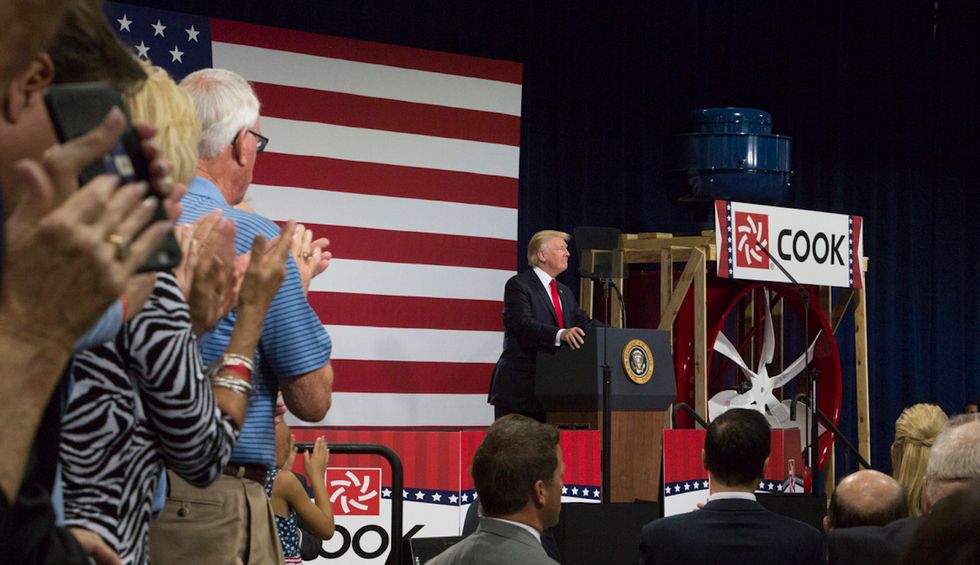 New polling underscores the motivations behind Donald Trump's desperate bid to steal the election by kneecapping vote-by-mail systems at the state level. Trump has 100% blown what has become this election's pivotal issue: the coronavirus.

The new NPR/PBS/Marist poll released Friday showed that fully 71% of Americans now consider the coronavirus to be "a real threat." That's not only an eye-popping share of the electorate, that's a major jump from March when 56% deemed it a major threat.

The share of Americans who think the pandemic threat is overblown has likewise dropped to just 27% from the 38% who believed that in March.

In an appearance this week with his new vice presidential pick Kamala Harris, presumptive Democratic nominee Joe Biden urged "every single American" to wear a mask in public for three months and called on governors to mandate mask-wearing in their respective states. Biden noted that experts say doing so would save more than 40,000 lives.

"It's America, be a patriot, protect your fellow citizens," Biden said.

Expect Biden and Harris continue attacking Trump and Mike Pence on the issue. As Harris pointed out Wednesday in her first appearance with Biden, just two Americans died during the Ebola outbreak of 2014. "You know what happened then? Barack Obama and Joe Biden did their job," she added.

The NPR/PBS polling showed that the coronavirus is now almost on a par with the economy in terms of determining how people will vote, with 34% calling it a "major factor" and 37% saying the same of the economy. In April, just 14% of respondents anticipated the pandemic playing a major role in their vote.

Respondents overwhelmingly preferred Biden over Trump on the pandemic, 53% to 38%. And interestingly, Biden was almost even with Trump on whom respondents favored to handle the economy, 45% Biden to 47% Trump.

Also notable: Just 31% said they trust what Trump says about the pandemic, while 67% said they don’t have much, if any, trust in Trump's musings. 31% is pretty much Trump's floor on anything, which means he's totally lost the trust of anyone but Trump bitter-enders on the matter.

Looks like those daily briefings aren't doing much to reestablish Trump's authority on the pandemic and, more than likely, they're actually undercutting him, just like his epic appearances back in March and April did.