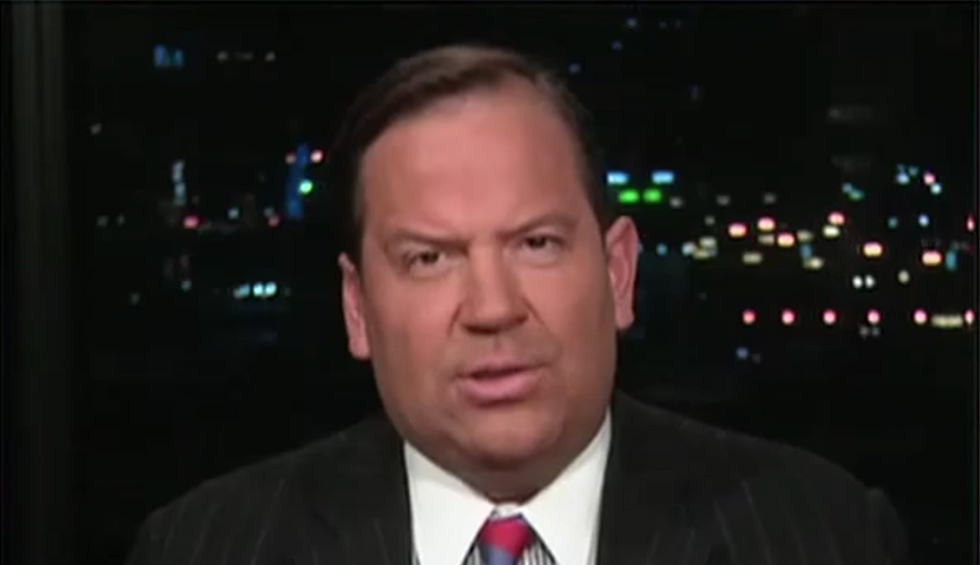 When CNN wanted to feature a stridently pro-Trump pundit in 2019,  they often turned to Steve Cortes — whose willingness to defend President Donald Trump at every turn stood in stark contrast to the views expressed by conservative CNN pundits like S.E. Cupp and Republican strategist Ana Navarro. Cortes is now a senior adviser for Trump’s reelection campaign, and an article by the Daily Beast’s Scott Bixby exposes some of his more extreme views.

Navarro and Cupp are conservative but not far-right; Cortes is far-right, and Bixby offers some examples in his August 3 article. Trump drew widespread criticism when, on June 1, protesters in Lafayette Square in Washington, D.C. were violently removed by law enforcement so that Trump could walk from the White House to St. John’s Episcopal Church for a photo-op; in Cortes’ view, Trump hasn’t been harsh enough with protesters.

On the June 25 broadcast of his program, “The Steve Cortes Show,” Cortes remarked, “If Trump were the fascist that they pretend that he is, wouldn’t he have cracked down much, much harder on the unrest in the American streets? To be quite honest, you know — when there were people being bloodied, cops being attacked, businesses being smashed — I could have used a tad bit more of a fascist Trump.”

Cortes is also known for promoting conspiracy theories. For example, he has claimed that Black Lives Matter is being manipulated by billionaire George Soros in order to achieve the “nullification of America.”

“I think this is incredibly important that we talk about George Soros and others,” Cortes said on his radio show on June 9. “There are some very powerful, very well-financed actors, both individuals and groups on the left, who have decided that they are going to use Black Lives Matter as their vehicle, as their vehicle to achieve — and I really don’t think it’s an exaggeration to say this — to achieve a nullification, really, of America, of our founding principles.”

Cortes has also downplayed the severity of the coronavirus pandemic, not unlike many others on the far right.

Bixby notes, “Many of Cortes’ statements track with the publicly expressed opinions of President Trump, who has denied the existence of structural racism in law enforcement, called some Black Lives Matters protesters ‘terrorists’ —  and who has dismissed concerns about the further spread of COVID-19 infections due to packed classrooms in public schools.”

Trump, Bixby observes, has been fascinated by the fact that Cortes is a light-skinned Latino and once commented, “He happens to be Hispanic, but I’ve never quite figured it out because he looks more like a WASP than I do.”

Although Cortes often got a workout from those he debated at CNN last year — including Navarro, who once insulted Cortes by filing her nails while he was speaking in Trump’s defense — one of the most intense grillings came from al Jazeera’s Mehdi Hassan in January.

Michael Gwin, who is working on former Vice President Joe Biden’s presidential campaign, isn’t surprised that Cortes is now a senior adviser for the Trump campaign. Gwin told the Beast: “Donald Trump’s spent years dividing America and pitting people against each other for political gain. So, it’s no surprise that he would hire top aides who have done the exact same thing.”