'Kindergarten-level logic': Trump repeats false claim that rise in COVID-19 cases is result of more testing as cases surge across US 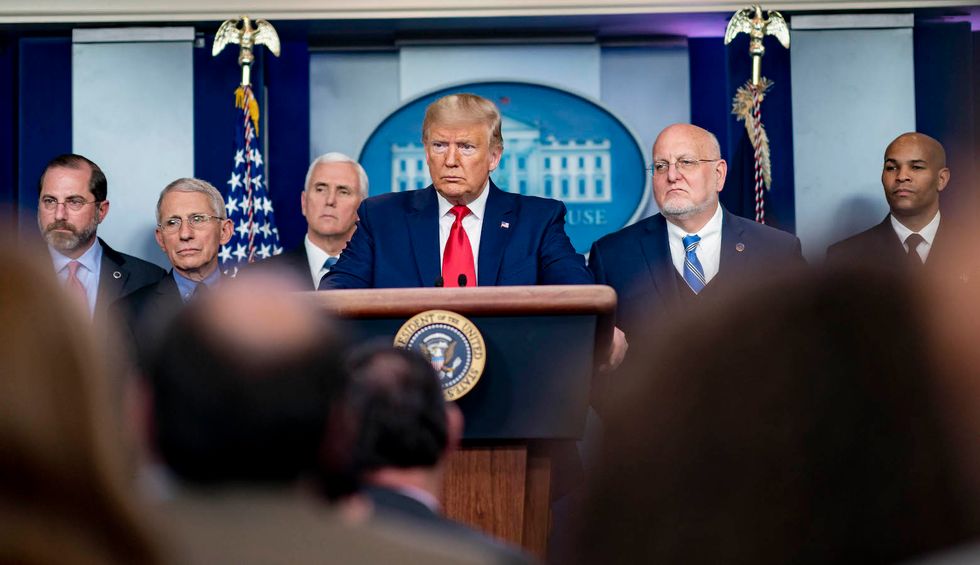 President Donald Trump on Saturday took to Twitter after a game of golf to proclaim the ongoing rise in Covid-19 cases around the U.S. is due to increased testing around the country and not, as health experts have repeatedly explained, because the disease is continuing to spiral out of control around the nation.

"This continued Kindergarten-level logic is why we lead the world in Covid cases and deaths," tweeted Rep. Mark Pocan (D-Wis.) in response to Trump's latest salvo blaming testing for the increase in cases.

Trump, tweeting after being photographed on the golf course at his club in Potomac Falls, Virginia, took particular aim at his own expert, National Institutes for Health (NIH) director Dr. Anthony Fauci, who told lawmakers Friday that they should expect the pandemic to continue to surge in the U.S. and partially blamed the country's keeping the economy 50% open as a major factor in the spread.

"If you look at what happened in Europe, when they shut down or locked down or went to shelter in place—however you want to describe it—they really did it to the tune of about 95% plus of the country did that," said Fauci.

The doctor added that "when you actually look at what we did, even though we shut down, even though it created a great deal of difficulty, we really functionally shut down only about 50% in the sense of the totality of the country."

The president fired back at Fauci Saturday, calling the public health expert—who has been the director of NIH since 1984—"wrong."

"We have more cases because we have tested far more than any other country, 60,000,000," said Trump. "If we tested less, there would be less cases."

"Per capita, we're not even in the top 15 countries for testing," noted journalist Brian Karem. "Lithuania has tested more of its citizens per capita than us."

As the New York Times reported, cases continue to rise around the country:

The virus is again picking up dangerous speed in much of the Midwest—and in states from Mississippi to Florida to California that thought they had already seen the worst of it.

As the United States rides what amounts to a second wave of cases, with daily new infections leveling off at an alarming higher mark, there is a deepening national sense that the progress made in fighting the pandemic is coming undone and no patch of America is safe.

The president's response to the pandemic has been widely criticized for its prioritization of reopening the economy at seemingly nearly any cost and for having an inconsistent approach to testing, masks, and treatment—including, as Common Dreams reported, promoting the views of a Houston-area doctor with interesting views on the role of alien DNA in the manufacturing of medications.

"Bottom line: Trump doesn't care if your children die if he thinks it helps him win in 2020," tweeted radio host Dean Obeidallah.