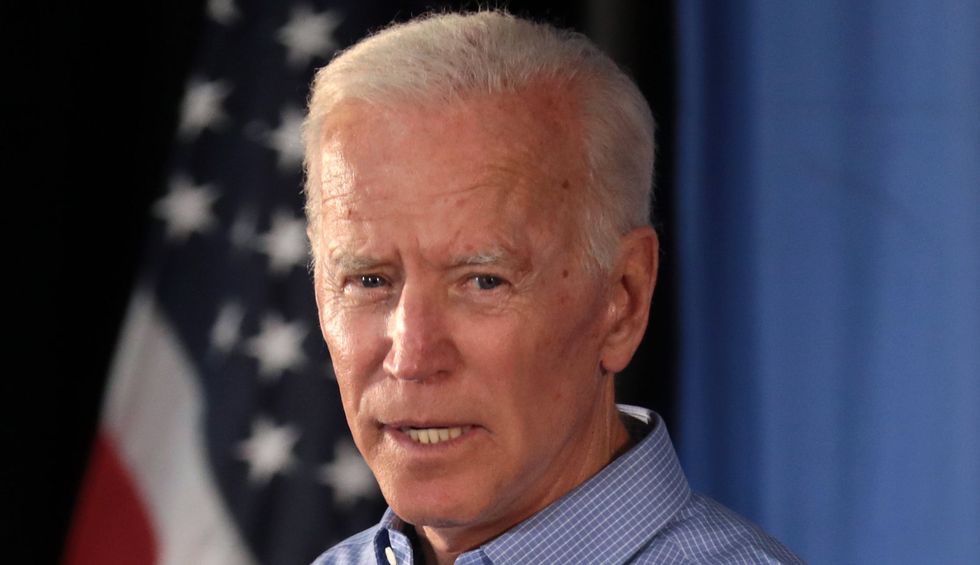 The first three nights of the Democratic National Convention brimmed with content that was alternately frightening and depressing, which was entirely appropriate under the circumstances. The country is in crisis, with 1,000 Americans dying a day of COVID-19 and more than 10% unemployment. (Quite likely a lot more.) As I wrote after the first night, there was something validating about the grim and claustrophobic vibe of this affair, which reflected the very depression settling over America, which we're all feeling but is not often mentioned in political discourse.

But it was critical that the last night offer viewers something else — a spark of hope and joy, and a vision of what life might look like once we get to the other side of our current national nightmare. People need some idea what the future could be like under President Joe Biden. And indeed Democrats delivered a largely successful effort to inject some fun and optimism —and, yes, a view of life beyond Donald Trump — as they kicked off what is sure to be a grueling fall campaign.

In keeping with the theme of the night, the former veep continued, "I see a different America. One that is generous and strong. Selfless and humble. It's an America we can rebuild together."

Donald Trump's argument against Biden all along, since Trump is just a massive troll, has been to claim Biden is senile. He didn't seem that way on Thursday night. His speech was strong, moving and intelligent — and devoid of any digressive rants about windmills or mockery of disabled people. More importantly, the speech played right to Biden's strengths as a man famous for his decency, compassion and sense of justice, so much so that he practically vibrated with anger at what Trump has done to this country toward the end of his speech.

The question of which candidate has a better brain was conclusively settled. (Spoiler alert: Not the one who thinks injecting bleach in your lungs might just fix this coronavirus problem.)

While the focus of the night was largely "vote for the guy you know for a fact does not kick puppies," the truth is that the hard-nosed policy wonks of the left were not entirely left out. On the contrary, after a largely policy-light evening, Biden hit a laundry list of progressive promises in his speech, hitting on plans to improve health care, fight the climate crisis and repeal the predatory Republican tax bill passed by Paul Ryan's Congress.

But the real tone shift from "the hell we live in" to "what could be on the other side" came largely from the supporting cast. The humor was provided by host Julia Louis-Dreyfus and internet sensation Sarah Cooper, the comedian whose videos of  herself lip-synching Trump's more erratic pronouncements have become viral hits.

With apologies to Biden, Louis-Dreyfus had the line of the night: "Joe Biden goes to church so regularly that he doesn't even need tear gas and a bunch of federalized troops to help him get there."

The hope came from a truly moving tribute to the recently deceased Rep. John Lewis and his long life fighting for civil rights, capped off with a performance of "Glory" by John Legend and Common. And from NBA legend Steph Curry and his adorable family talking about what presidents are supposed to be. And the Chicks (they no longer use the name "Dixie Chicks"), who were legendarily canceled by the right during the Bush years for opposing the Iraq war and on Thursday sang the national anthem in a way that reminded us progressives and liberals had survived that nightmare and can survive this one.

Of course there were endless testimonials from friends, family and colleagues of the candidate that emphasized the same point over and over again: He's a nice man who cares about people. That should be a minimal qualification, honestly, but certainly offers a dramatic contrast with the sociopathic narcissist currently defiling the White House.

All credit to the Democrats, truly, for letting Louis-Dreyfus loose with some truly nasty and barbed jokes, and for using Cooper's viral talents to push a "vote early, to stop Trump from stealing this" message that has been hammered home every night of this convention.

Conventions and other official party events tend to be rife with toothless humor, for understandable reasons. Building broad coalitions means offending no one and appealing to voters' most earnest tendencies. But in these dire times, corny jokes are the most offensive, because they depend on ignoring our realities. The only humor that works is pitched pretty dark, as Louis-Dreyfus' tear gas joke demonstrated. That's the only way to laugh without pretending things aren't as bad as all that.

It may also have been a sharp political calculation. Louis-Dreyfus' sick burns and Cooper's eerie Trump lip-sync satire were funny. They were also irresistible Trump bait.

The man in the Oval Office has been spiraling out on Twitter, as he often does, clearly stressed out by watching the Democratic convention lay bare his total failure at a job he never took seriously as anything but a grifting opportunity. That was predictable — Trump is nothing if not predictable — and Trump, a misogynist to his bones, will be deeply displeased that a bunch of women made fun of him. He'll want to tweet about it, and it's just a matter of whether his staff can prevent him. And since he'll be screeching at the beloved Elaine from "Seinfeld," whatever he says will be widely reported, even by the entertainment press, rather than ignored by journalists who are completely jaded by the daily Trump outrages.

If he does go after Louis-Dreyfus and Cooper, let's just say that those female voters Trump has been losing and trying to get back with ham-fisted appeals to "Suburban Housewives" will probably notice, and won't much like it.

To be fair, Hillary Clinton used the same strategy against Trump in 2016: Rolling out bait, getting him to lash out in racist and sexist ways, and then dinging him for it in the media. But that was then, and the ramifications of what it might mean to elect a man so thin-skinned that he can be "baited with a tweet," as Clinton said, weren't being taken seriously by either the media or voters. Today, as the death toll and unemployment claims keep rising, the impact of such foolishness is undeniable. So this time maybe the voters will take seriously the danger of voting for someone who is more interested in throwing narcissistic tantrums than in protecting American lives.

Meanwhile, outside the hyper-rehearsed and produced world of the conventions, another of Trump's 2016 campaign officials — Steve Bannon — has been arrested. And despite assurances that he would stop slowing down the mail, and thereby throwing the election into doubt, Postmaster General Louis DeJoy, keeps kneecapping the Postal Service most voters will rely on this fall. The chaos is deepening, and it's going to be a long two and a half months until Nov. 3. At least Joe Biden made the strongest possible case for himself, and delivered a real sense of possibility. Now we must wait to see whether it worked.