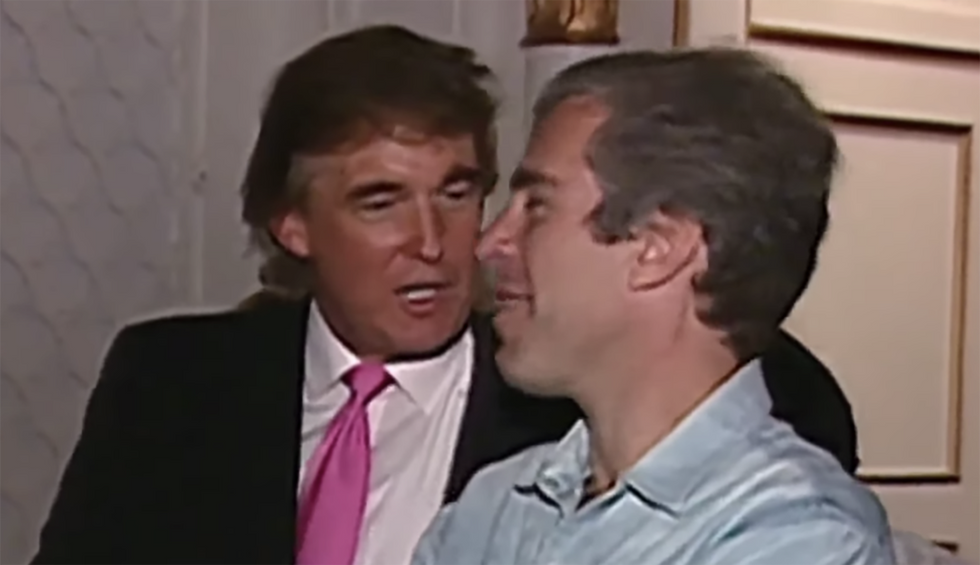 A new lawsuit claims that late alleged child sex trafficker Jeffrey Epstein brought one of his victims to see President Donald Trump at his Mar-a-Lago resort when she was just 14 years old.

The Daily Beast reports that a woman identified only as Jane Doe filed a lawsuit earlier this year detailing sexual abuse she allegedly endured at the hands of Epstein and longtime associate Ghislaine Maxwell, who earlier this year was arrested on sex trafficking charges.

Part of the lawsuit details a trip taken to Mar-a-Lago in 1995, which Trump had bought a decade earlier.

“Doe also claims Epstein introduced her to Donald Trump at Mar-A-Lago when she was only 14 years old,” reports The Daily Beast. “‘This is a good one, right?’ Epstein asked the future president, who allegedly smiled and nodded before sharing a chuckle with the depraved hedge funder.”

The lawsuit does not accuse Trump of any sexual misconduct, although it does raise questions about what Trump knew of Epstein’s nefarious activities.

In 2002, Trump heaped praise upon Epstein in an interview with New York Magazine and hinted that he had an interest in younger women.

“Terrific guy,” he told the magazine. “He’s a lot of fun to be with. It is even said that he likes beautiful women as much as I do, and many of them are on the younger side. No doubt about it — Jeffrey enjoys his social life.”