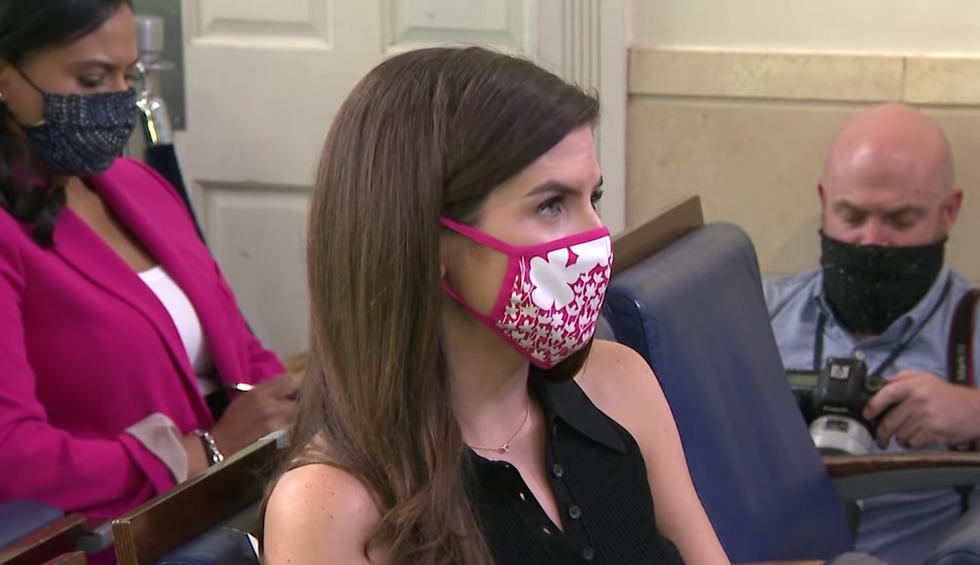 President Donald Trump doesn’t like being challenged by any media figures, even if they are conservative white males like Fox News’ Chris Wallace or The Bulwark’s Bill Kristol. But female reporters, in particular, seem to rattle Trump, as journalist Jack Shafer argues in an op-ed published in Politico this week.

Shafer describes a pattern, explaining, “It starts with a reporter, usually a female reporter, asking President Donald Trump hard, tenacious questions at a news conference. Trump’s jaw seizes up, rattled and dumbfounded by the questions that he can’t or won’t answer. He abruptly ends the presser by saying, ‘Thank you very much’ and stalking out of the room.”

Shafer cites some specific examples and notes that Trump abruptly ended press conferences after being asked tough questions by Paula Reid or Weijia Jiang of CBS News or Kaitlan Collins of CNN. And Shafer also notes how Trump reacted when Playboy’s Brian Karem asked him some questions he didn’t like: Trump became angry with Karem, but he “toughed it out” and stayed instead of “yanking the ejection lever.”

“Trump’s problems with female reporters have become a defining quality of his presidency,” Shafer observes. “NBC News’ Katy Tur says Trump turned her into a ‘target’ during the campaign, and he feuded with Megyn Kelly while she was at Fox. In late March, when PBS ‘NewsHour’ reporter Yamiche Alcindor pursued Trump with legitimate questions about COVID-19, he cut her off, ridiculed her, and said, ‘Don’t be threatening. Be nice.’”

Back in May, Trump complained to the New York Post that Jiang and Reid weren’t more like the stay-at-home mom the late Donna Reed portrayed on her 1950s/1960s sitcom “The Donna Reed Show.” The ironic part: in real life, Reed was a liberal Democrat and an activist for progressive causes.

Male reporters like CNN’s Jim Acosta and NBC’s Peter Alexander, according to Shafer, have received “thumpings” from Trump. But they don’t traumatize him in the way that female reporters do.