How does Trump's approval rating compare to the big losers in presidential history? 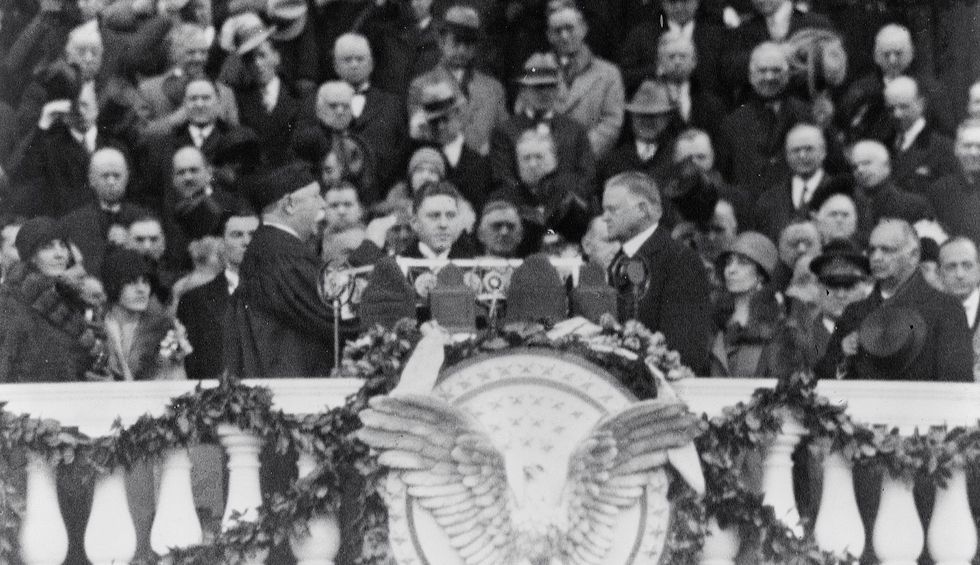 A couple weeks ago, Trump hit 40% approval rating in FiveThirtyEight's polling aggregate. I watched eagerly to see if he might fall below that threshold, which would have been a clear sign the bottom was absolutely dropping out from his campaign.

Unfortunately, Trump managed to bounce back a bit, but not by much. He's currently sitting at 41.4% approval and has been bobbing around that 41% mark since early June. But not to worry, a look at the history of the worst political routs in modern U.S. history shows that presidents and major-party nominees pretty much get 40% of the votes no matter how dreadful their leadership or campaign.

Take President Herbert Hoover, for instance, running for reelection against Franklin D. Roosevelt in 1932 amid the Great Depression, with food lines and shanty towns across America. Hoover still won 39.7% that year to FDR's 57.4%.

But Hoover isn't alone, as MSNBC's Chris Hayes pointed out during a segment last week. In 1984, Walter Mondale lost every single state to Ronald Reagan except his home state of Minnesota and Washington D.C. and Mondale still got 41% of the popular vote.

And how about Jimmy Carter's doomed 1980 reelection bid amid stagflation, an oil crisis, and the ongoing Iran hostage crisis? Another Reagan rout but Carter still took 41% of the popular vote.

So when you look at the Trump's approvals and just can't imagine why on earth they are still managing to hang around 40% or a little above, that's actually about the norm. That 40% threshold is almost baked in to our two-party system. What would be truly noteworthy is if Trump falls several points under 40% for a sustained period of time.

It's also why—as we all recall from 2016—what really matters is the outcomes at the state level. But overall, the trendlines on Trump’s approvals continue to be very steady and very bad for him. Civiqs has Trump right around where Five Thirty Eight does, 41%, but with a lot less noise along the way, which really allows you to see how Trump’s position has just continually worsened since the start of the pandemic.