Here's the truth about the $600 unemployment payments that Republicans hate 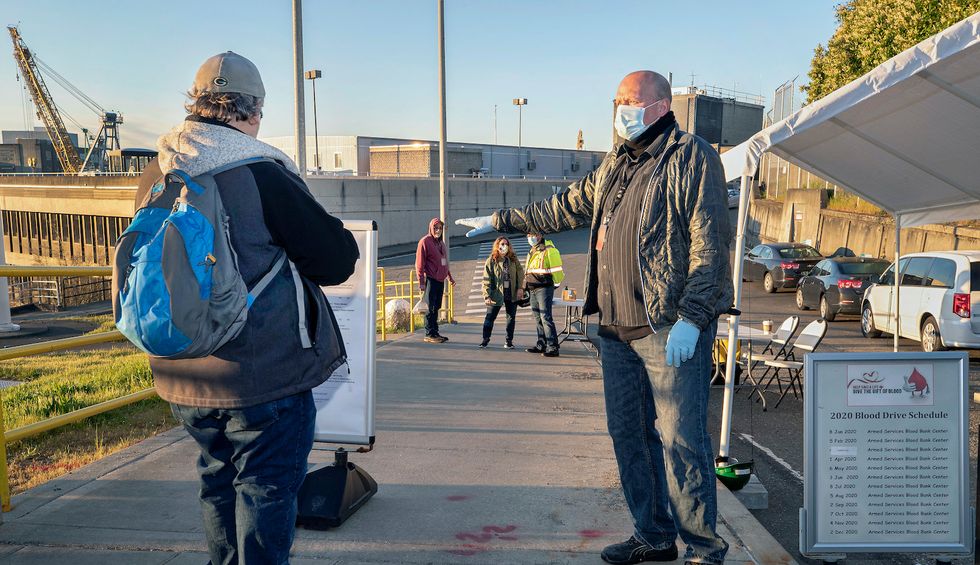 Americans who lost their jobs because of the pandemic had been getting a US$600 bump on top of state benefits in their weekly unemployment checks since March. That ended on July 31, and lawmakers are debating whether to extend the program and if so by how much.

Senate Republicans are arguing it’s too generous to the 18 million who are unemployed and serves as a disincentive to returning to work. Their initial proposal in the ongoing negotiations would slash the benefit to $200 a week.

As an empirical economist, I wanted to see if their concerns about the disincentive were valid. So I analyzed data on earnings and unemployment benefits to estimate the share of benefit-eligible workers who could collect more on the dole than on the job.

I started my analysis by looking at 2019 Current Population Survey data to estimate weekly earnings of private-sector employees, both nationally and state by state. I then adjusted the numbers for wage inflation and compared the results with jobless benefits and “replacement wages,” which vary from state to state.

Iowa is the most generous and replaces 49% of a worker’s weekly wages with a cash benefit when he or she loses a job involuntarily, while Alaska is the stingiest and replaces only 28% of income. I estimated that on average the replacement rate for all workers in the U.S. was about a third.

Once the $600 federal supplement is added in, the national average wage replacement rate soars to 127%. On an individual basis, I found that 56% of eligible workers would receive more in benefits than they would earn gainfully employed. Among those workers, the average excess benefit was $253.

This figure also varies in each state, depending on replacement rates as well as average weekly earnings. For example, benefits exceed their earnings for little more than a third of workers in Washington, D.C., while that figure is 75% in New Mexico.

If Congress passes a lower federal supplement of $200, the result would drastically change the picture. As a result, I estimate only 9.5% of workers across the country would receive more in benefits than what they could earn – on average about $61 – and the replacement rate would drop by half to about 65%.

The Republican plan would eventually have the $200 supplement replaced with a system that provides workers with a combined state and federal benefit equal to a replacement rate of 70%. The federal share would be capped at $500.

Why $600 is still important

While Republicans are right that the $600 jobless benefit may seem high, that alone does not mean it should be cut.

The unemployment insurance program started in 1935 soon after the Great Depression ended with two major objectives: to provide temporary partial wage replacement to unemployed workers and to help stimulate the economy during recessions.

The second objective is important. With the U.S. economy sinking into recession, a more generous supplement acts as a powerful stimulus. Consumer spending makes up more than 70% of the economy, and most of those who receive the benefit will spend it quickly. This powerful and ongoing jolt would help revive the economy – or at least keep it alive – as well as offset worries that economic inequality will soar as a result of the pandemic.

In addition, unemployment insurance only replaces wages. A job often comes with other benefits, such as health insurance and retirement plans. Even full-time service workers in the private sector, who as a group earn less than $15 per hour in wages, receive an average of $1.99 per hour in employer-paid insurance, mostly for health care.

Overall, non-cash job benefits amount on average to 19% of total employee pay. Factoring in that non-cash dollar value reduces the average replacement rate to 108% and lowers the share of employees receiving excess benefits from 56% to 43%.

Finally, employment insurance works in a way that limits its ability to act as a disincentive to work. People who quit their jobs voluntarily are ineligible for benefits. And someone without a job who receives a suitable offer of employment is no longer eligible to continue receiving benefits. That’s one explanation cited in a recent study by Yale economists that found no evidence that the $600 federal supplement reduced employment.

Altogether, I find Republican concerns that the $600 supplement dissuades work unpersuasive in the context of the current pandemic. A generous policy that helps support the economy and aids those at risk of losing their homes or struggling to feed their families seems more sensible than one that assumes someone collecting unemployment benefits could just as easily be working.