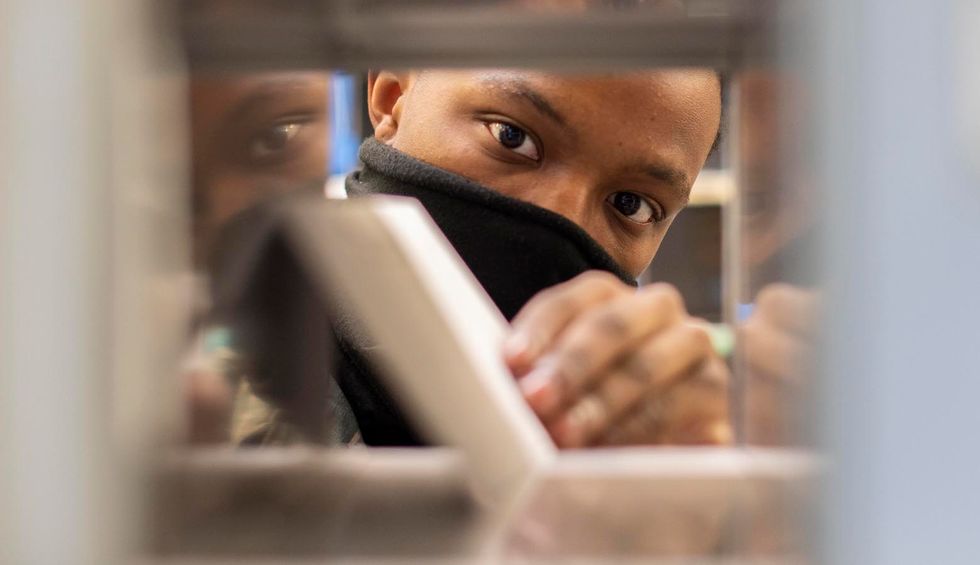 Government watchdogs, Democratic lawmakers, and pro-democracy advocates declared it a "Friday Night Massacre" for the U.S. Postal Service after news broke in a classic end-of-the-week dump that Louis DeJoy—a major GOP donor to President Donald Trump and the recently appointed Postmaster General—had issued a sweeping overhaul of the agency, including the ouster of top executives from key posts and the reshuffling of more than two dozen other officials and operational managers.

The shake-up came as congressional Democrats called for an investigation of DeJoy and the cost-cutting measures that have slowed mail delivery and ensnared ballots in recent primary elections.

Twenty-three postal executives were reassigned or displaced, the new organizational chart shows. Analysts say the structure centralizes power around DeJoy, a former logistics executive and major ally of President Trump, and de-emphasizes decades of institutional postal knowledge. All told, 33 staffers included in the old postal hierarchy either kept their jobs or were reassigned in the restructuring, with five more staffers joining the leadership from other roles.

Already under fire for recent policy changes at the USPS that mail carriers from within and outside critics have denounced as a sabotage effort to undermine the Postal Service broadly as well as disrupt efforts to carry out mail-in voting for November's election amid the Covid-19 pandemic, the moves unveiled late Friday were viewed as an overt assault on democracy and a calculated opportunity to boost Republican's long-held dream of undercutting or privatizing the government-run mail service while also boosting their election prospects in the process.

"Another Friday night massacre by this administration—and this time dealing another devastating blow to our postal service," said Rep. Mary Gay Scanlon (D-Pa.) "The American people deserve answers and we're going to keep fighting for them."

Scanlon was among more than 80 congressional lawmakers who sent a letter to DeJoy earlier in the day expressing "deep concerns" about operational changes he has made for mail carriers that have delayed deliveries and lowered standards.

"It is vital that the U.S. Postal Service not reduce mail delivery times, which could harm rural communities, seniors, small businesses, and millions of Americans who rely on the mail for critical letters and packages," the letter stated. "Eliminating overtime and directing postal workers to leave mail on the floor of postal facilities will erode confidence in the Postal Service and drive customers away, resulting in even worse financial conditions in the future."

As Common Dreams reported earlier Friday, Sen. Elizabeth Warren was among those who signed the letter and also called for DeJoy's efforts to be investigated by the Inspector General of the USPS. Since 2016 alone, DeJoy has donated more than $2.5 million to the Republican Party and candidates. In 2020, prior to his appointment as Postmaster General by the GOP-controlled board of governors, DeJoy had already given approximately $360,000 to a Super PAC supporting Trump's reelection.

As the Post notes in its reporting, the reshuffling of top managers and executives—as well as a hiring freeze and push for early retirements—"worried postal analysts, who say the tone of DeJoy's first eight weeks and his restructuring have recast the nation's mail service as a for-profit arm of the government, rather than an essential service."

In a video posted to Twitter, Rep. Peter DeFazio (D-Oreg.) characterized DeJoy as a "political crony" of the president's and also denounced the brazen efforts now on display as a "Friday Night Massacre" scenario:

Appearing Friday afternoon on Capitol Hill, DeJoy brushed off accusations that he is acting as a political bag man for Trump. "While I certainly have a good relationship with the president of the United States, the notion that I would ever make decisions concerning the Postal Service at the direction of the president or anyone else in the administration is wholly off-base," DeJoy said.

But outside critics like Walter Shaub, former head of the Office of Government Ethics and a fierce critic of Trump's behavior as president, said the latest move should be seen as nothing less than a direct effort by DeJoy to exploit his authority at the Postal Service to further the president's political interests and reelection prospects.

According to Brian Tyler Cohen, a liberal commentator and podcast host, "Congressional Democrats need to do something about this" immediately.

"If we wait until October/November, it'll be too late," said Cohen. "Trump is actively sabotaging the election under our noses—this isn't theoretical, it's happening RIGHT NOW." Cohen said this situation should be treated like a "fucking five-alarm fire" and said action must be taken by both lawmakers and the U.S. public without delay.

Rep. Gerald E. Connolly (D-Va.), chair of the House subcommittee which has oversight for the USPS, said what DeJoy is trying to pass off as simple organizational restructuring is actually "a Trojan Horse" designed to destroy one of the nation's most trusted and valued institutions from within.

Connolly on Friday night called it, "Deliberate sabotage to disrupt mail service on the eve of the election—an election that hinges on mail-in ballots."