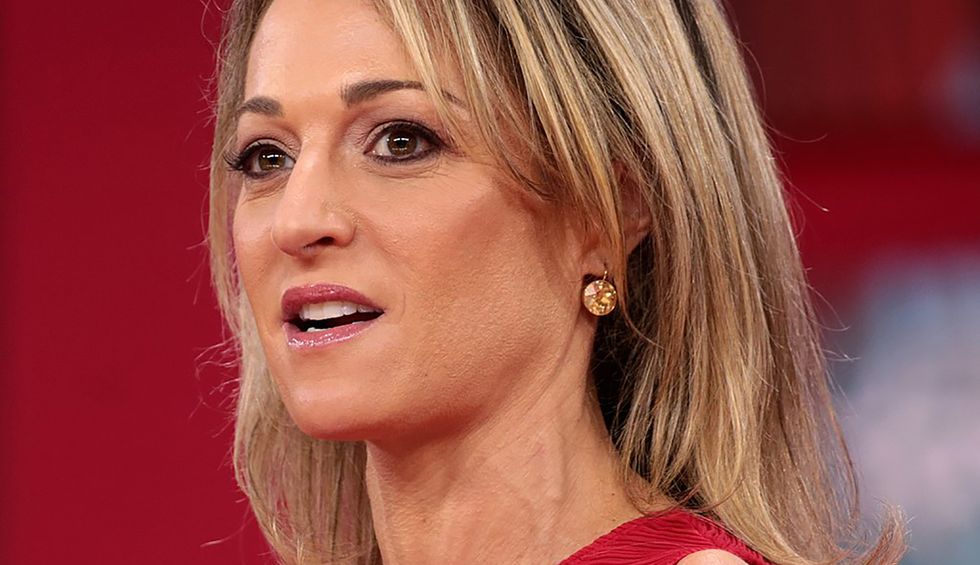 Emily Miller, a gun-rights advocate and former senior correspondent for the right-wing One America News Network (OANN), has been appointed as assistant commissioner for media relations at the embattled Food and Drug Administration, Miller confirmed in a tweet.

It's unclear what Miller's qualifications for the FDA post are. In her career at OANN, she was accused of fabricating quotes from Hillary Clinton and peddling conspiracy theories alleging that the Obama administration used "smart gun" technology, which permits only authorized users to access a firearm, as a way to "track law-abiding citizens."

Miller has tweeted frequently about the coronavirus pandemic over the last few months, but her understanding of basic underlying science and health issues appears limited.

A search for Miller's content on the OANN website today yielded no hits, but several videos are available on the network's YouTube page, including her exclusive OANN interview with President Donald Trump three years ago.

Trump, apparently unhappy with recent Fox News coverage, has often spoken glowingly of OANN — which has positioned itself significantly to the right of Fox News and has frequently spread even worse misinformation — as a preferred, "fair and balanced" alternative.

Charles Herring, president of OANN, told Salon in a call that Miller's videos were missing from the network's website because it automatically deletes older content when it passes a certain age.

Herring told Salon that OANN thinks of itself almost exclusively as a national cable news channel, not as a news site. Its content is delivered on-air and through the network's YouTube page. Miller's primary role as correspondent was to deliver video packages, primarily on TV.

OANN describes itself on its website as a "national cable network" founded 16 years ago. It differentiates itself from local networks in that it is a paid service, has international reach and posts an official White House correspondent, among other things.

Miller contacted this reporter on Twitter after an initial draft of this story had been filed.

@SollenbergerRC @FDASpox They did that when I left 4 years ago. Not many outlets keep video from former reporters b… https://t.co/SIbxppGjWI
— Emily Miller (@Emily Miller) 1598413425

Salon had already interviewed Herring at the time and had earlier reached out to the FDA and to Miller with specific questions, but had not heard back. Salon informed Miller of this in a reply and repeated the same questions sent earlier by email, but has not received a response.

The FDA is a division of the Department of Health and Human Services, whose current spokesperson Michael Caputo, a longtime Trump ally, Roger Stone confidant and GOP operative, assumed his post in April. Caputo caught some static over the summer for apparently restricting media access to Dr. Anthony Fauci, the nation's top infectious disease specialist.

"I instruct my team to provide the outlet and point of contact, but not to bother me with the name of the scientist or doctor," Caputo told Salon in a call. "I can do that." That would be an unorthodox way to run media relations at any time, not to mention at the federal government's public health nerve center in the middle of a pandemic.

On the day Miller took over as FDA spokesperson, the agency issued an unusually-worded press release describing the FDA's emergency authorization of convalescent plasma in COVID patients as "another achievement" in the Trump administration's fight against the coronavirus.

The press release accompanied a briefing where President Donald Trump, standing beside Dr. Stephen Hahn, the FDA commissioner, touted the authorization as a "breakthrough" and made the false claim that plasma had been "proven to reduce mortality by 35%. It's a tremendous number."

Hahn, who echoed Trump's point, apologized for his role in that press conference the following day.

"I have been criticized for remarks I made Sunday night about the benefits of convalescent plasma. The criticism is entirely justified," Hahn said in a thread of tweets, posted in the middle of the first night of the Republican National Convention. "What I should have said better is that the data show a relative risk reduction not an absolute risk reduction."

When veteran health reporter Julie Rovner pointed out in a tweet that the FDA press release headline was unusual, Miller, who had also repeated Hahn's inaccurate description in a tweet, asked, "How so?"

On July 5, in a reply to a tweet from entrepreneur Mark Cuban, Miller wrote, "There is zero scientific study to show there is long term health problems for covid patients. It's way too soon in the pandemic for doctors to know if the recovery is not full."

This is not remotely accurate. Three months earlier, the journal Science published an article titled, "For survivors of severe COVID-19, beating the virus is just the beginning," which cited a number of health professionals discussing the lasting effects of coronavirus infection. These included the probability of increased "risk of future illnesses, including heart attack, stroke, and kidney disease," among COVID survivors.

During that same Twitter exchange with Cuban, Miller asked another Twitter user where they had found a chart illustrating COVID-19 deaths, saying she had never seen a COVID-19 death chart before.

@ogpate @mcuban @kanyewest @JoeBiden @realDonaldTrump Where did you see this chart? I’ve not seen a covid deaths in chart form before.
— Emily Miller (@Emily Miller) 1593974138

On July 6, the day after her conversation with Cuban, Miller learned how to isolate data to make her own death chart.

Two days later she shared the technique with President Trump in a reply to a since-deleted tweet:

Trump's tweet had said that "the death rate from coronavirus is down tenfold." He deleted that tweet 11 hours later, according to a tweet tracking service on ProPublica.