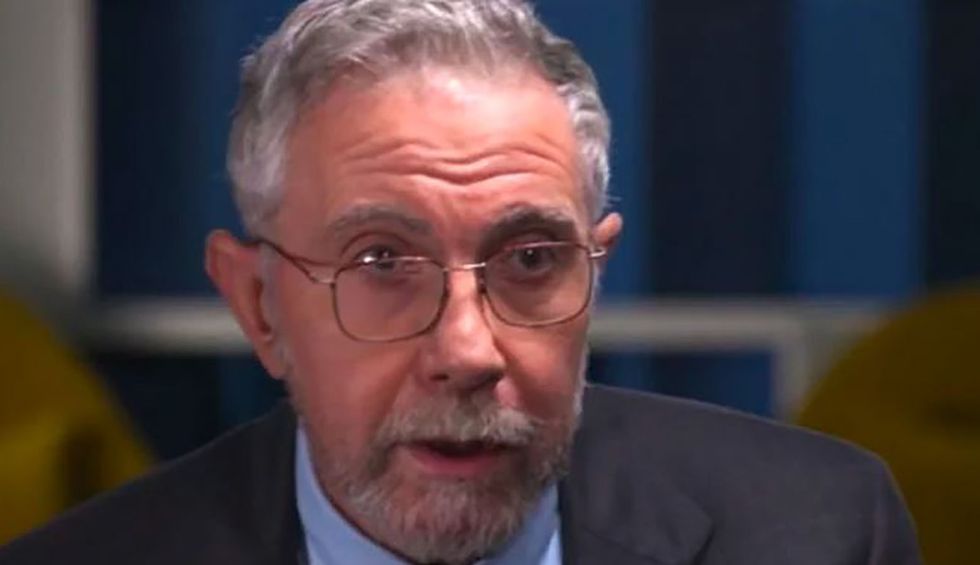 California was a red state before the 1990s, but it has become increasingly Democratic since then and is now one of the states far-right Republicans love to demonize. A resident of the East Coast, liberal economist and New York Times columnist Paul Krugman lays out some of the reasons why Republicans are clueless about California in an informative Twitter thread posted on August 31.

Krugman posted the thread in response to a Politico article that was written by journalist Carla Marinucci and published on August 30. Marinucci’s piece outlines some of the ways in which “California-bashing” is part of the GOP’s strategy this election year — for example, trying to vilify the California native who 2020 Democratic presidential nominee Joe Biden chose as his running mate: Sen. Kamala Harris, who served as California’s attorney general before becoming a U.S. senator.

“Not that rationality has anything to do with this, but the GOP attack on CA really involves denial of plain facts,” Krugman tweets. “The state has problems — but not the ones conservatives claim.”

Not that rationality has anything to do with this, but the GOP attack on CA really involves denial of plain facts.… https://t.co/ihucBItxRB
— Paul Krugman (@Paul Krugman) 1598874241

While Republicans often attack California from a health care standpoint, Krugman points out that California has been “an enthusiastic and effective adopter of Obamacare, sharply cutting its number of uninsured.” And the economist backs that up with hard data, posting a graph that shows the number of Californians who lack health insurance compared to other states. Way too many Americans still lack health insurance, but as Krugman demonstrates, California’s willingness to fully embrace the Affordable Care Act of 2010, a.k.a. Obamacare, is why, per capita, it has more people with health insurance than other states.

In other words, California still has a long way to go before it measures up to France, Germany or Italy in terms of access to health care, but it is way ahead of red states like Alabama and Mississippi.

CA has also been an enthusiastic and effective adopter of Obamacare, sharply cutting its number of uninsured 3/ https://t.co/Dp7r4L6qQQ
— Paul Krugman (@Paul Krugman) 1598874387

Krugman, however, criticizes California for its lack of affordable housing, but argues that a Trump-like approach would make the crisis even worse.

“CA's biggest policy problem is housing unaffordability, which can be traced to NIMBYism and hence restrictive zoning,” Krugman writes. “But those are exactly the policies Trump insists we keep, to preserve the Suburban Lifestyle Dream!”