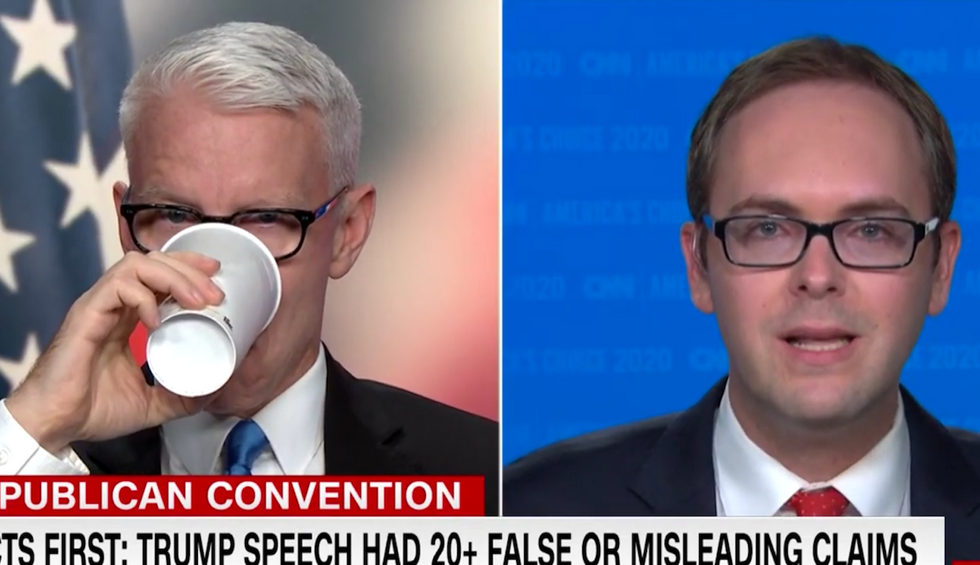 Fact-checking the current president Donald Trump is a full-time job. It might be the single job Donald Trump has created during his time in the White House. CNN added reporter Daniel Dale to their pay roll as the person tasked with checking on every stupid thing Trump boasts about or attacks others for. On Thursday, the country was able to finally take a deep breath as one national nightmare came to an end—the Republican National Convention.

Of course, for Daniel Dale, this nightmare included a final crucible—watching Donald Trump do his Republican nomination acceptance speech. Dale came on Anderson Cooper’s show on CNN after the RNC fiasco finished up. Anderson Cooper introduced him and then said “Daniel, certainly there’s a lot to break down from the president’s more than an hour long speech?” Dale, like Usain Bolt off the block, began “Anderson, this president is a serial liar … I counted, preliminarily, 20 false or misleading claims. I want to go through a whole bunch of them,” and was off to the races.

It’s worth the watch below.