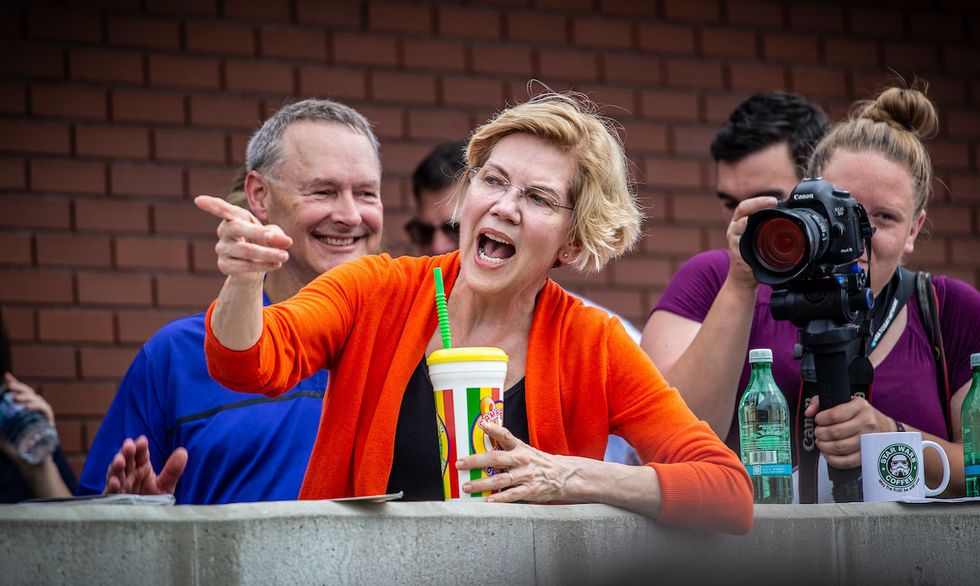 Useful coverage would lay out each potential pick’s background and qualifications. While you certainly can find that if you look hard enough, many journalists seem quite content to avoid content. The Washington Post‘s Aaron Blake (7/24/20) offered a nice helping of unedifying rankings in his “12 Most Logical Picks for Joe Biden’s Vice President, Ranked.” At number one, Blake put Kamala Harris:

Kamala Harris is the “most logical pick,” writes the Washington Post‘s Aaron Blake (7/24/20). His logic? “Nobody makes more sense than the senator from California right now.”

Another list, another list with Harris at No. 1. While others have been jockeying to climb up, nobody makes more sense than the senator from California right now, which has been the case for a while. About the best argument against her is that her 2020 presidential campaign wasn’t exactly a resounding success. But for a campaign showing a wide lead, she’s clearly the safest pick. And safe might be what the doctor orders.

Why does “nobody make more sense” than Harris? Why is she the “safest pick”? Perhaps Blake assumes you remember his three-line explanation from June, when he similarly offered rankings—or perhaps he doesn’t care. (For the record, she’s been the “favorite from the start” because of her “high-ranking résumé,” her “experience on the national stage” and the fact that “she has shown she is a capable messenger.”)

Over at CNN (7/30/20), Chris Cillizza has really been milking the drawn-out process, putting out new rankings so often (he’s currently at 16) you’d think he was running a gambling ring.

Much of the problem is that since the top contenders have already been fairly well-established for the last few weeks, most outlets don’t have much new ground to break. So what’s left? Mainly, politicians and operatives on all sides trying to create positive coverage of their team and negative coverage of their opponents—and journalists that seem happy to go along.

California representative and new short-list candidate Karen Bass took multiple trips to Cuba 40 years ago, and in 2016 called Fidel Castro’s death “a great loss to the people of Cuba.” Her opponents gleefully pushed out this “Cuba baggage” (AP, 8/6/20) to drum up a story about how this makes her dead in the water (because Florida!), and journalists happily complied. No matter that Cuban Americans make up only 6.5% of the population of Florida, and Cuba is for vanishingly few of them their primary motivating issue when voting.

As the response to Bernie Sanders’ positive comments about Cuba’s literacy program demonstrated (FAIR.org, 3/6/20), US political orthodoxy does not permit even hints at acknowledgment that longtime Official Enemies like Cuba might not be evil.  Bass’s supposed Communist sympathies were the subject of widespread coverage—and not only in outlets like Fox News—under headlines like “I’m Not a Communist” (NBCNews.com, 8/3/20) and “Karen Bass Eulogized Communist Party USA Leader” (Politico, 8/4/20); the Atlantic (7/31/20) saw fit to devote nearly 3,000 words to an investigation of Bass’s relationship with Cuba.

Sometimes it happens even as journalists appear to be at least somewhat aware of what’s going on. In a Washington Post piece headlined, “Biden’s Delay in Choosing a Running Mate Intensifies Jockeying Between Potential Picks,” Annie Linskey (8/2/20) describes how “Biden allies” worry that the process is “pitting women, especially Black women, against one another.”

The piece refers to “nastiness,” “backbiting” and “currents…many of them sexist, that have been swirling for weeks,” seeming to attribute these largely to “allies of the women”—but it’s not always entirely clear who is being blamed. It’s certainly not the media, though, which appears merely as the vehicle for the nastiness. (Such as: “One donor implied to CNBC that Harris has too much ‘ambition.’ And former Pennsylvania Gov. Ed Rendell, a longtime Biden friend, told CNN that Harris can ‘rub people the wrong way.’”)

At the same time, Linskey offered her own piece as a vehicle for some sexism. Quoting Rendell on the “buzz” around Susan Rice, Linskey ate up without comment a tired trope used repeatedly in the past on women: