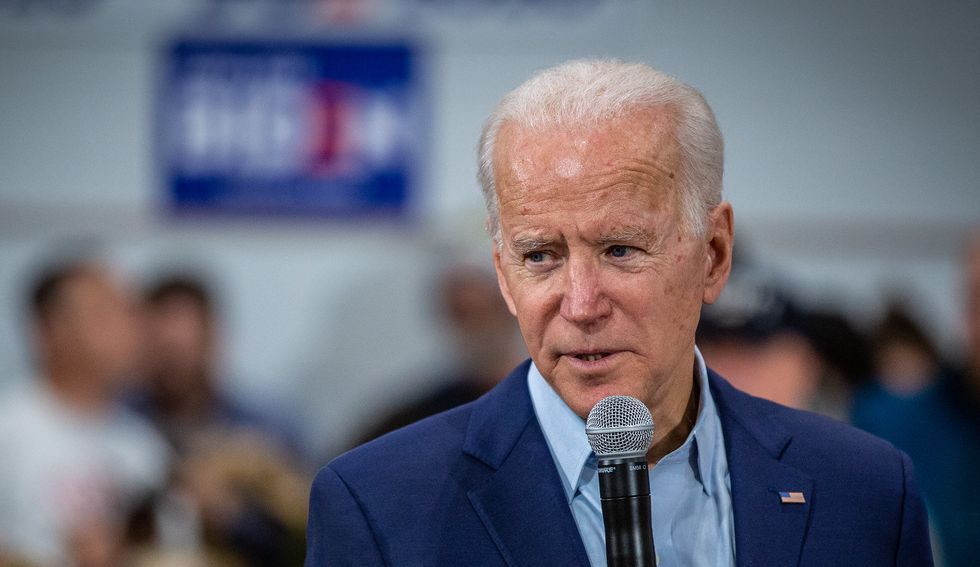 Rich Cucarese and other members of United Steelworkers (USW) Local 4889 tend a vegetable garden, cook meals and operate a food pantry for their neighbors in Philadelphia’s struggling Nicetown community.

Nicetown went into decline decades ago as corporations shut a string of factories, eliminating thousands of family-sustaining jobs that anchored the neighborhood. Blight festered, poverty soared, and government officials looked the other way.

Now, as much as Cucarese and his colleagues want to revitalize the community, there’s just no way they can do it on their own.

Reversing decades of decline and neglect—in Nicetown and other decimated manufacturing communities across America—will require bold, sustained action like what Joe Biden proposed in his Build Back Better manufacturing blueprint.

The Democratic presidential candidate envisions major investments in manufacturing, technology, and research and development that will create millions of middle-class jobs and revitalize hard-hit communities across the country.

Just as important, he wants to equitably distribute these new opportunities while providing the educational access and labor protections essential to ensuring that all citizens have a shot at the American dream.

The COVID-19 pandemic, which cost millions of jobs and exposed America’s struggle to produce critical goods like face masks, clearly demonstrated what residents of Nicetown have known for decades: Band-Aids and half measures aren’t enough. The nation needs sweeping, coordinated action to rebuild manufacturing capacity.

For all the damage they suffered, Nicetown and other beleaguered manufacturing communities still have potential.

Biden’s plan would unleash it.

“There are definitely people in the community who are trying everything they can to make the area viable,” said Cucarese, Local 4889’s Rapid Response coordinator and an assistant operator on the galvanizing line at U.S. Steel’s plant in Fairless Hills, about 25 miles from Nicetown. “There’s despair, but there’s also hope.”

Over the past quarter-century, America lost millions of manufacturing jobs, many because failed trade policies incentivized corporations to shift operations to countries with low wages and lax environmental regulations.

But employers also eliminated jobs because of bankruptcies, mergers and other reasons. The loss of family-sustaining wages gutted the middle class and sent manufacturing neighborhoods into a nosedive.

After Locals 404 of Philadelphia and 4889 of Fairless Hills consolidated in a Nicetown union hall about 18 months ago, Cucarese and a few of his colleagues explored the neighborhood.

He and his colleagues planted a community garden so they could provide fresh vegetables to residents who have difficulty affording nutritious meals. They not only held food drives for their neighbors but opened a food pantry in the union hall. They also rented office space to the Poor People’s Army, an anti-poverty group.

While these efforts have made a huge difference, only a sustained, coordinated investment campaign will provide the sweeping change needed to revive Nicetown and other depressed manufacturing communities.

That’s where a plan like Build Back Better can make the crucial difference.

It will not only make huge investments to stimulate the creation of manufacturing jobs but ensure that communities across the nation—especially long-neglected places—get a fair share of those jobs and the prosperity they provide.

Under Build Back Better, the nation would invest $300 billion in research, development and new technologies to fuel a reinvigorated manufacturing economy while spending another $400 billion on American-made goods.

Biden pledged to spend some of that money on the steel, aluminum and other materials needed to repair roads, bridges and other crumbling infrastructure. The funds also could be used to ramp up manufacturing capacity in pharmaceuticals, medical equipment and other critical industries so the nation never again experiences shortages of face masks and other important items like it did during the pandemic.

But new jobs themselves aren’t enough to rebuild the middle class and restore prosperity to struggling communities. Americans also need stronger labor protections to ensure they receive decent pay, good benefits and safe working conditions in return for their labor.

That’s why enacting the Protecting the Right to Organize (PRO) Act, which passed the House in February but languishes in the Republican-controlled Senate, is a key component of Biden’s manufacturing strategy.

The PRO Act would make it easier for workers to form unions and impose stiff penalties on employers who illegally interfere in organizing campaigns.

Just as the demise of American manufacturing sent communities into a tailspin, empowered workers in new middle-class jobs have the potential to turn neighborhoods around.

That’s the essence of Biden’s approach.

As incomes rise, fewer residents will rely on a safety net now stretched to the breaking point.

But residents crave a voice as much as they need investment.

Cucarese found that the key to building rapport with his neighbors was to listen to their concerns and make them partners in plans for food drives and other community service projects.

To realize his goal of revitalizing manufacturing communities, Biden likewise will have to collaborate closely with residents already laboring hard to make a difference.

These “ground forces,” as Cucarese calls them, know their neighbors’ needs better than anyone, and have more than earned a prominent part in their communities’ rebirth.

Empowering these residents will unleash the transformative potential envisioned in Build Back Better—and show that Biden’s plan isn’t merely a promise but his bond with struggling communities.

“If you show people that you’re being genuine,” Cucarese said, “they’ll jump in with both feet.”