WATCH: Kayleigh McEnany gets testy with CNN reporter for grilling her over Trump’s Russia call 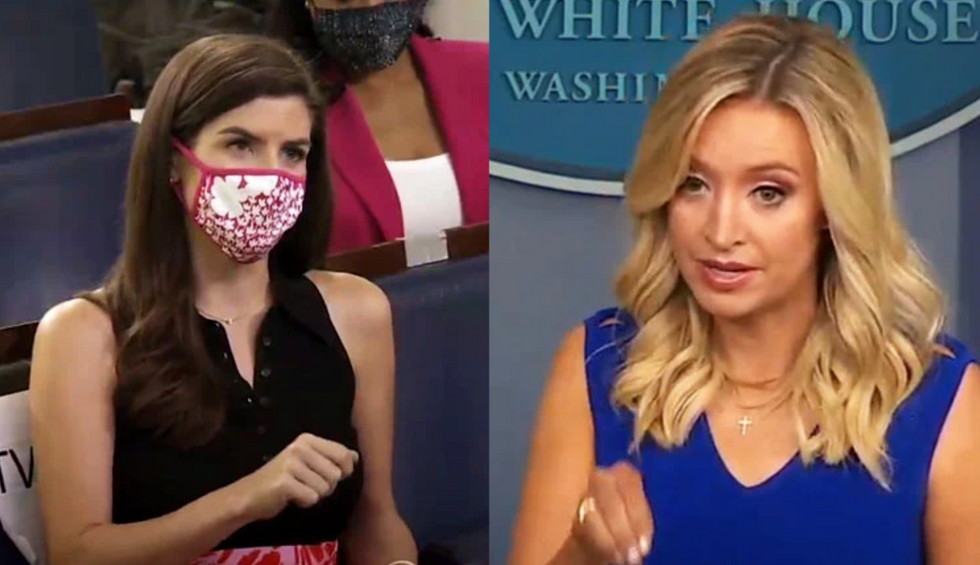 “Today the nation’s top counterintelligence officials said that Russia is one of three countries that is actively working to interfere in our election. Did the president bring up election interference on the call with the Russian president yesterday?” asked CNN reporter Kaitlan Collins.

“By contrast, we have given a ton of funding to election security, we take our elections seriously and we believe in election integrity,” she added.

“My question is did President Trump bring it up on the call?” Collins asked, but McEnany refused to answer.

“Justin? Justin?” McEnany said. “I was not on the call, Kaitlan, stop filibustering.”

“You didn’t answer my question,” Collins shot back.

“Justin? Justin? Okay, Justin no longer has a question. Anyone else?” McEnany said, moving on.