Trump’s presidency has accelerated the collapse of the Republican Party: columnist 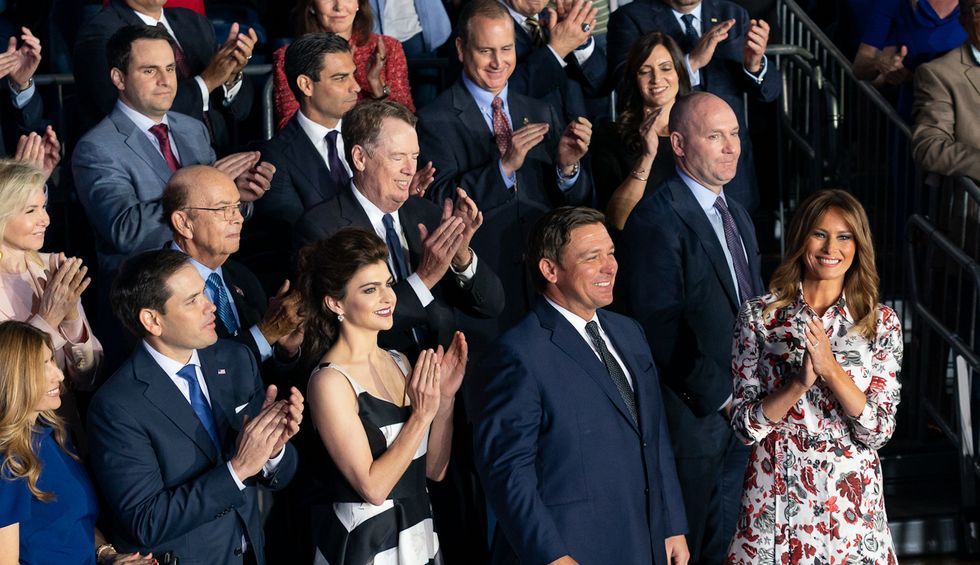 Citing the work of a University of a Washington political scientist, the Washington Post’s Dana Milbank said Donald Trump and his racist rhetoric has accelerated the decline of the Republican party in a country that is seeing major demographic changes and because white voters are increasingly turned off by it.

As Milbank wrote, four years ago Christopher Parker, who is Black, predicted a Trump candidacy would “do more to advance racial understanding than the election of Barack Obama.”

Writing in the American Prospect, Parker explained, “Trump’s clear bigotry makes it impossible for whites to deny the existence of racism in America. . . . His success clashes with many white Americans’ vision of the United States as a fair and just place.”

With the rise of the Balck Lives Matter movement at a time when Trump’s political fortunes are collapsing Milbank suggested that a perfect storm in voting patterns is occurring faster than expected.

“The reckoning Parker foresaw is now upon us. White women, disgusted by Trump’s cruelty, are abandoning him in large number. White liberals, stunned by the brazen racism, have taken to the streets. And signs point to African American turnout in November that will rival the record level of 2012, when Obama was on the ballot. This, by itself, would flip Michigan, North Carolina, Pennsylvania and Wisconsin to Democrats, an analysis  by the liberal Center for American Progress shows,” the columnist wrote.

Writing, “Trump has accelerated a decades-old trend toward parties redefining themselves by race and racial attitudes,” Milbank noted that Vincent Hutchings, a political scientist at the University of Michigan concurred that the president is driving away white people which is accelerating the changes — particularly among women, one of the most reliable voting blocks.

“For many white Americans, the things Trump is saying and getting away with, they just didn’t think they lived in a world where that could happen,” he explained. “One of the best ways to exacerbate the gender gap isn’t to talk about gender but to talk about race.”

Turning back to Parker, who made the bold prediction about Trump before he was elected in 2016, the political scientist admitted he was pleased that he was correct.

“I know it sounds crazy, especially coming from a black man,” he told Milbank. “I think Trump actually is one of the best things that’s happened in this country.”