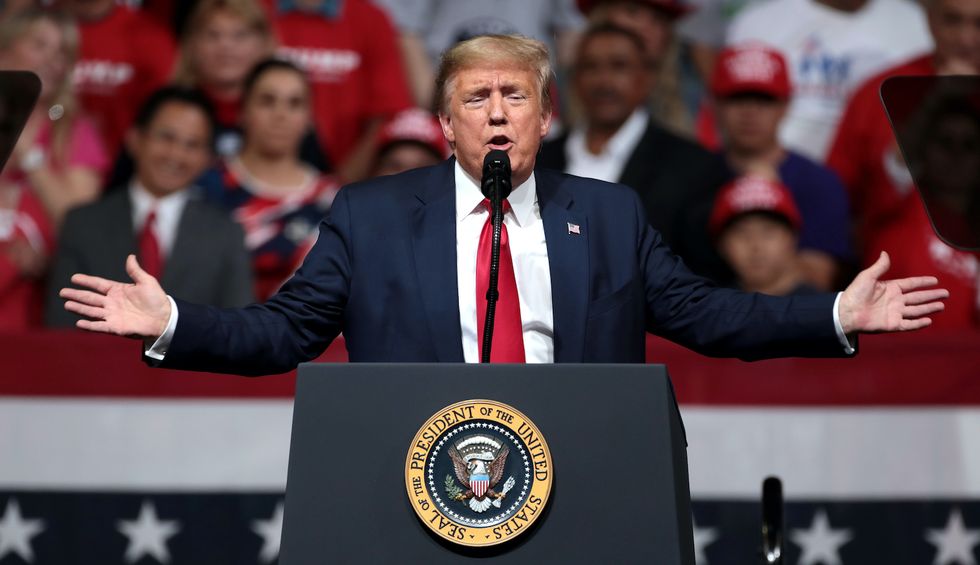 Some of Donald Trump’s advisers wish he’d tone down the racism. But others think it’s a winning strategy. Guess which side is going to triumph here? Trump is “going with his gut” and “relying on instinct,” two unnamed officials tell NBC News. And Donald Trump’s gut and instincts will always mean more racism.

The debate, as NBC News reports it, is between “some political allies encouraging him to embrace a divisive tone likely to further inflame civic unrest seen across the country over the past month and deliver political wins by rallying his supporters” and those who think “Trump is making a mistake by stoking racial divisions and continuing to revive the kind of grievances he also aired in 2016, when he stoked racial animosity targeting immigrants.”

Note, though, it’s an electoral, not moral, debate in the White House.

“Post-Fourth of July needs to be a pivot. We have a short period where we have to stay on message,” one White House official told NBC. “Can we stay away from the third rail of politics, including race and divisive issues?” That’s a rhetorical question, right? Because as a White House official, surely this person is by now familiar with Donald Trump.

“While we don’t want to wade into divisive issues, we do want to stand with American history,” one of the officials said. Which, in this context, apparently means standing with racism. An accurate reading of U.S. history, perhaps, but even more an accurate statement of Trump’s desire to stand with the hatred handed down from the past over the hope that the U.S. can do and be better.