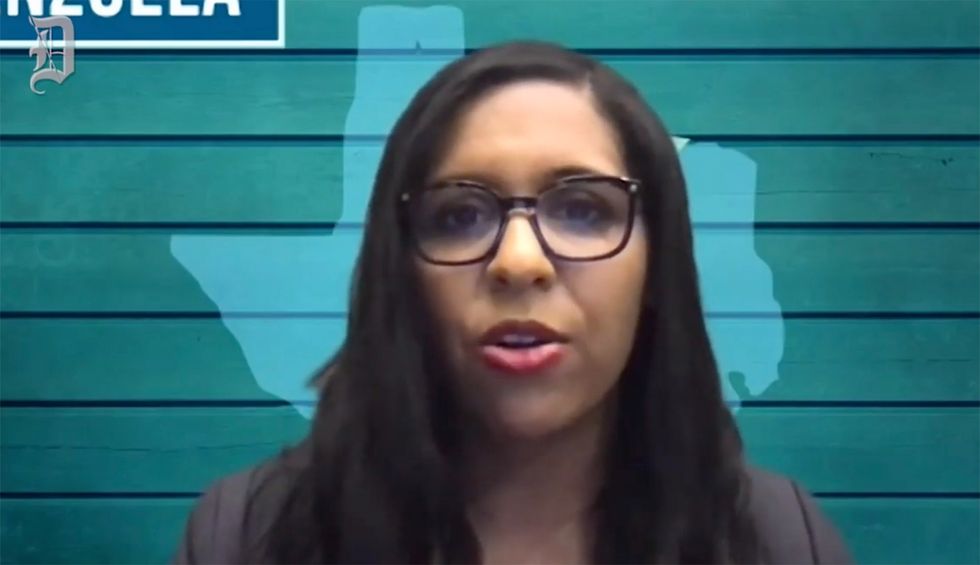 As Donald Trump’s numbers continue to drag down his party nationwide, Daily Kos Elections is moving our race ratings in seven contests in the direction of the Democrats. We’re also issuing a new rating in an eighth race, the all-Democratic general election for California’s 53rd Congressional District. You can find all our Senate, gubernatorial, and House ratings at each link.

• AK-Sen (Safe R to Likely R): While Republican Sen. Dan Sullivan is still the favorite in conservative Alaska, he’s not looking as secure as he did only a few months ago.

The first public poll of the race, an early July survey from the Democratic firm Public Policy Polling, showed Sullivan leading orthopedic surgeon Al Gross, an independent who is seeking the Democratic nomination, just 39-34, and had Trump up 48-45. Local pollster Alaska Survey Research more recently followed with considerably better numbers for Sullivan, putting him ahead 53-40, but that same poll also found Trump in front by a just 49-48 margin. While they differ on the battle for the Senate, both polls portend the closest presidential race in the Last Frontier since 1968.

That close fight at the top of the ticket complicates matters for Sullivan, and while Gross begins with little name recognition, he does have the resources to get his name out in this inexpensive state. The challenger outraised Sullivan $1.5 million to $1.2 million during the second quarter of 2020, and though Sullivan still ended June with a $5.4 million to $3.2 million cash-on-hand lead, Gross has the funds needed to run a credible campaign. A Gross victory would be a major upset, but there's enough uncertainty to put this one on the big board.

• MO-Gov (Safe R to Likely R): While every poll we’ve seen has found Republican Gov. Mike Parson leading Democratic state Auditor Nichole Galloway, a trio of recent surveys suggest the contest has grown closer. A mid-June poll from the Republican firm Remington Research for the Missouri Scout newsletter showed Parson up 50-41, while a Galloway internal from Garin-Hart-Yang conducted two weeks later had the governor ahead 47-40. An early July poll from YouGov for St. Louis University, meanwhile, had the incumbent leading by a tiny 41-39.

Missouri has shifted hard to the right over the last two decades, but recent polls show Trump only narrowly ahead—or even losing—in a state he took 56-38 four years ago. Parson has also earned poor marks for his handling of the coronavirus crisis, with 48% of respondents approving and an equal proportion disapproving in YouGov's poll. (By contrast, most governors have seen their ratings soar.) That view seems unlikely to change soon: As cases have spiked in his state, Parson has scoffed at mask wearing and insisted that kids who contract the disease would "get over it."

It would still be a huge shock if Democrats win in the Show Me State, but thanks in part to her opponent's stumbles, the electoral math now appears to offer a path for Galloway in a way it simply did not just a few months ago.

• AR-02 (Safe R to Likely R): Republican Rep. French Hill turned back a credible challenger by a fairly modest 52-46 margin last year, and he once again faces well-funded opposition in this 52-42 Trump seat in the Little Rock area.

State Sen. Joyce Elliott raised $600,000 during the second quarter of the year, which was more than her total haul over the previous two quarters, while Hill took in only $270,000. The incumbent still enjoys a wide $1.5 million to $719,000 cash-on-hand lead, but Elliott, who would be the first Black person to represent Arkansas in Congress, has the resources to get her message out.

• CA-53: (Safe D: No Favorite): In past cycles, we’ve issued ratings for general elections that feature two members of the same party, and we’re doing that again for the all-Democratic contest for this seat in the San Diego area. Right now, though, there's no obvious frontrunner in the contest between former State Department official Sara Jacobs and San Diego City Council President Georgette Gómez.

Jacobs, who unsuccessfully ran in the nearby 49th District last cycle, took 29% of the vote in the early March top-two primary, while Gómez beat out a Republican 20-13 to earn the second place spot. There hasn't been any polling since then, though. Gómez, who identifies as "a queer Latinx” and would be the first LGBTQ Latina to serve in Congress, has the backing of a number of local elected officials and unions, and she ended June with a $265,000 to $138,000 cash-on-hand lead. The wealthy Jacobs, though, has already self-funded close to $3 million, so it’s very unlikely she’ll be outspent in the fall.

Boebert has made news by expressing sympathy for the bonkers QAnon conspiracy theory, which should give Democrats more of an opening than they would have had against the relatively conventional Tipton. Boebert has also been a weak fundraiser so far, trailing Democrat Diane Mitsch Bush in cash-on-hand $202,000 to $10,000 on June 30 (the fundraising quarter ended the night both women won their primaries.)

However, thanks to the district's lean, even Boebert begins the general election with the advantage. Trump carried it 52-40 in 2016, and two years later, Republican Walker Stapleton took it 50-46 even as he was losing his bid for governor 53-43 statewide. However, Boebert’s upset win introduces a whole lot more unpredictability into the race, and that’s not a good thing at all for Republicans.

• PA-01 (Likely R to Lean R): Republican Rep. Brian Fitzpatrick looked like the heavy favorite to hold this 49-47 Clinton seat in the Philadelphia suburbs after the two most prominent Democrats dropped out of the primary, but that’s begun to change. In June, Democrat Christina Finello and her allies at House Majority PAC each released surveys that showed her in a tight race with Fitzpatrick, with Joe Biden far ahead in this suburban Philadelphia district despite Clinton's narrow margin here four years ago.

The incumbent finally responded last week with a poll of his own that had him ahead 53-39—though it, too, showed a big swing towards Biden. On Tuesday, Fitzpatrick’s allies at the Congressional Leadership Fund also released their own survey from the American Viewpoint that showed him ahead 50-35. That poll memo didn't include presidential numbers, though, which can only mean they were not good for Republicans.

Fitzpatrick ran well ahead of the GOP ticket in both his 2016 and 2018 races, though if Trump bombs here in the fall, as he looks wont to do given the district's affluence, that could finally spell the end for the congressman. And while the incumbent still has a massive financial edge, Finello’s $328,000 haul during the second quarter suggests her fundraising may at last be on the upswing. Fitzpatrick still has the edge, but the headwinds are blowing straight at him.

• TX-22 (Lean R to Tossup): This historically red open seat in Houston’s southern suburbs has been trending sharply to the left during the Trump era, and Trump’s weak position in Texas means that this shift is likely to continue this fall.

Team Blue is fielding a strong candidate in Sri Preston Kulkarni, who ended June with a hefty $1.2 million on-hand, while Republican Troy Nehls has struggled with fundraising and found himself almost penniless after a costly runoff. Still, Nehls’ position as sheriff of Fort Bend County, which makes up over 60% of this district, does give him a solid geographic base that could help him run ahead of Trump—something he'll almost certainly need to do to win.

• TX-24 (Lean R to Tossup): This open seat, which is located in the suburbs north of Dallas and Fort Worth, is another ancestrally Republican district that has become competitive turf over the last few years. And with Trump in especially bad shape in well-educated and diverse constituencies like this, Republicans are going to need to work hard to stop their slide here.

The only poll we’ve seen here was a mid-June DCCC survey that showed Candace Valenzuela, who won the Democratic nomination last week, ahead of Republican Beth Van Duyne 45-39 as Biden led by the same margin. Just as notably, Republicans haven't countered with contradictory numbers. However, this area remains home to many voters who still back Republicans down the ballot, which could help Van Duyne prevail even if Trump loses the seat. Van Duyne and Valenzuela have also raised a similar amount of money so far, and we see this race as anyone's to win.