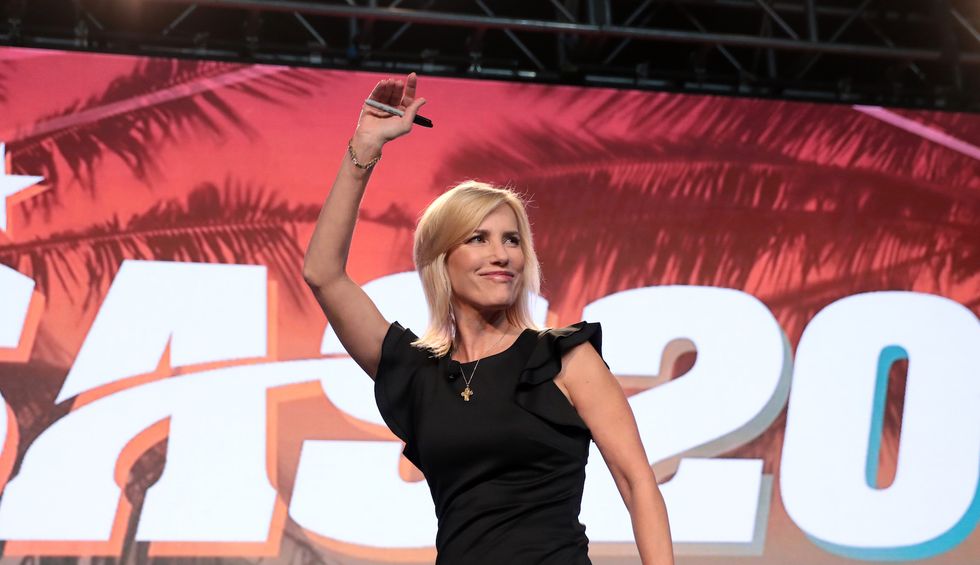 On Wednesday evening, Fox News person Laura Ingraham issued a tweet bragging that Texas was “looking pretty good” and sneering that this is “Bad news for the ‘Shut it all Down’ Democrats.” And then, with perfect timing, Texas announced another 9,200 new cases of COVID-19 and a record-shattering 313 deaths. Which isn’t exactly evidence that it’s time to throw a party in Texas.

Still ... there’s actually a kernel of truth behind Ingraham’s post. It’s not that Texas is doing “good,” and the still-rising numbers of recorded deaths is a gut-punch. However, the rate of growth has slowed in Texas. It’s just that it’s slowed for a reason that Ingraham, Fox, or Trump are not going to mention—for a name that Democrats fully support.

But here’s the same data with something else in the picture.

What can be seen in this image is something that happened on July 2. That’s when Governor Greg Abbott, facing a rising tide of cases, abruptly reversed himself and issued a mask mandate for the majority of Texas counties. That action didn’t have immediate effect, because the virus takes some time to be transmitted from person to person, and days more for symptoms to appear. However, just ten days after that order went into effect, the 7-day trend line of cases in Texas leveled off. Two weeks after that order went into effect, the number of new cases began to drop.

There are definitely problems with enforcement in some counties, and Abbott’s order could be simpler and less easily waved away with “exceptions,” but Texas appears to demonstrate, once again, that masks work.

What’s the evidence that masks have something to do with what’s happening in Texas and not some mystical effect of hitting a magic percentage of the population? Florida. That’s the evidence. Until the mask order went into place, the trends in the two southern states was remarkably similar.

On the day that Abbott issued the mask mandate, the difference in the total number of cases in Florida and Texas was less than 7000. For the next week, the two states went up in tandem. Then … Florida began to edge ahead. From a 4,000 case gap on July 11, Florida moved ahead by over 47,000 cases on July 28. Florida, where Governor Ron DeSantis has stubbornly refused to take any definitive action, is paying a price in tens of thousands of cases. Those cases will turn into hundreds of deaths.

If Abbott continues the mask mandate, and counties step up enforcement, it’s likely that in another month things in Texas will look better. Not “good” as Ingraham would have it, but better. Better as in a sharp reduction in new cases, an ease in overcrowded hospitals, and a drop in the indicator that always lags behind the others — deaths.

In the meantime, Florida’s numbers are about to start looking a whole lot better without a mask mandate. Because the state testing authority has announced that, with the tropical storm about to strike the state, testing is going to be suspended for at least five days.

One addition note: It’s now clear that Texas, like Florida, has been under reporting COVID-19 deaths. The scheme in both states appears to involve overlooking the rulings made by county officials and failing to incorporate deaths into the state-wide reporting. How Texas will handle these previously unreported deaths is not yet clear.