The New York Times still doesn't get it 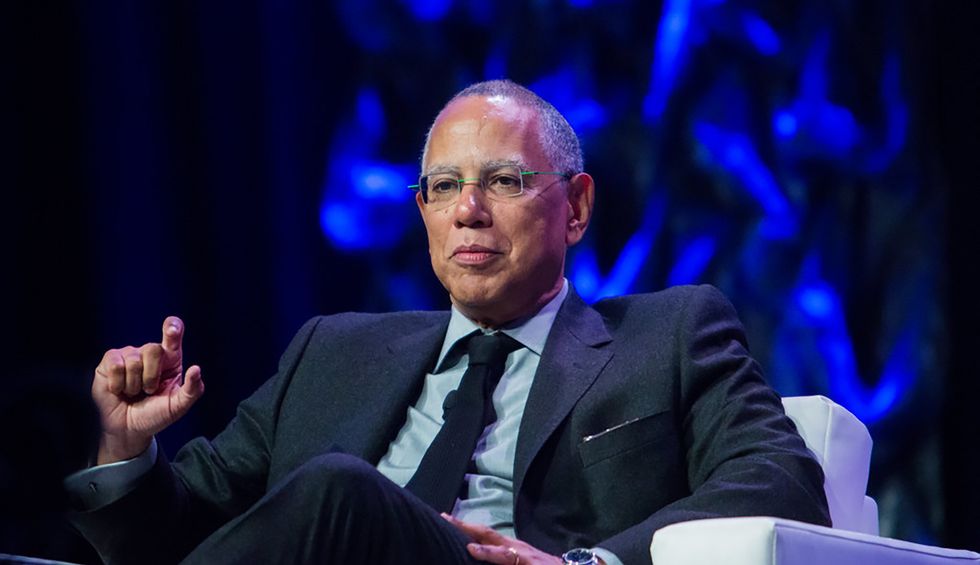 New York Times Executive Editor Dean Baquet and Media Columnist Jim Rutenberg will discuss how journalism and in particular, their news organization, is rising to the challenge of news gathering in a post-truth era. From fake news to growing digital competition to challenges to the traditional business model. Plus - how exactly do you cover a new President who has labeled many legitimate news organizations, including yours, as "enemies of the people.”
Hunter
and
Daily Kos
July 12, 2020Media

New York Times executive editor Dean Baquet continues to be there, for some reason, despite recent blunders and buffoonery from the paper (like the Tom Cotton op-ed pressing for military violence against protesters—the one the Times editors solicited, but allegedly never bothered to read before publishing). As such, the Times will remain incapable of any introspection into just how badly their journalistic model has failed in an era when government officials are brazenly lying to the public on a daily, briefing-by-briefing basis, or what true journalism might look like when the old model—inviting important people to make declarations to the public while demurring on whether any of it is, say, openly fraudulent—becomes a tool for defrauding the public, rather than a tool for preventing it.

The man and the company seem incapable of learning. In a podcast interview last week singled out by PressWatchers' Dan Froomkin, Baquet gave a noble defense of enforced journalistic ignorance.

Two Baquet quotes highlighted by Froomkin seem to neatly define the problem here. First, Baquet declares that “[t]he goal of a news story is to capture the news to the fullest, with as much precision as possible, every current viewpoint, personality, underlying motivation, and relevant piece of content.”

And thus, he says:

“For me, the objective reporter—but let me not use that word because I don’t love it, let me use ‘the independent and fair reporter’—[…] he gets on an airplane to pursue a story with an empty notebook, believing that he or she doesn’t fully know what the story is, and is going to be open to what they hear.”

These two statements are at odds. They are very badly at odds, in precisely the manner that most Times political reporting is at odds. Baquet first says that a reporter's goal should be to capture the story with "precision." Then he suggests the best way to do this is for the reporter to come to the story pretending to know not a damn thing about it. No expertise is required, for certain, but also no backstory, no preresearch, no lessons learned. A blank slate, every time.

Now obviously Baquet did not mean that. Nothing could be more irresponsible than assigning reporters to stories preferentially based on how little they know, or can pretend to know, about their assigned beats. That is not journalism. Making factual declarations about things that you never in your life bothered to look up, have no particular interest in, and with "facts" that will somehow change every time you face your audience is punditry. Journalists are expected to be slightly more savvy than that.

Or so you would think, but nearly all the Times' recent problems have indeed been caused by something very close to Baquet's idealized notion of launching blank-brained reporters to capture the "viewpoints" and "personalities" of stories while being rigorously "open to what they hear." Reporters interview named sources who tell demonstrable lies, but must pretend that they do not know the liars are lying. Reporters write up stories of government figures making brazenly racist declarations or announcing new brazenly racist policies, but are barred, outright, from noting that racism.

Let's take the most egregious case. If Donald Trump tells a lie, headlining a piece with a retelling of his lie is not doing "journalism." It is just being an outlet through which propaganda is dispensed. A lie is not a "viewpoint" to be protected. Repeating it is not "precision." That Trump lies repeatedly, in nearly every public appearance, is certainly a "relevant piece of context" and essential for understanding his "personality" and "motivation."

If you don't note in every story quoting Trump that his "personality" consists of repeatedly telling known falsehoods, you are not giving the context for the newest false statement. You may be coming at it with an empty notebook, but in doing so you are hiding the context of Trump's statements.

Extend this. If the U.S. vice president declares that a state's COVID-19 infections have been falling when public data clearly shows the exact opposite, the U.S. vice president is, as head of the "task force" keeping track of these things, either ignorant or lying. A full accounting of the statement cannot be made without noting to readers that there are no other rational possibilities, what the "underlying motivation" of the false statements might be, and what the "relevance" of a U.S. vice president making brazenly false statements about the scope of a deadly pandemic, during a deadly pandemic, might be.

Isn't a U.S. vice president and COVID-19 "task force" head being brazenly unaware of even the top-level pandemic numbers the news story that needs telling? It was news when a vice president could not spell potato, but 130,000 Americans dead and a vice president drawing Sharpie circles around places he now falsely says have reduced pandemic dangers, despite record cases—that's not the news of the day?

Why not? Is it because it would hinder future access to the liar?

Is it because the question is too uncomfortable?

Is it because the public, in this version of journalism, does not deserve to be clearly told that their leaders are misleading them? Why?

The newest White House press secretary is a brazen liar on the level of Trump himself; why does this not come up? Why are Pence's known-false COVID-19 statements not considered of vital public interest?

This is a genuine question: For what reason does the Times refuse to contextualize provable lies by government or elected officials, in each individual story, by identifying which officials regularly lie to the public?

And in the end, is enforcing this notion of blank-slate gullibility among journalists a move made in service of journalism, or a move made to avoid angering important sources at the expense of it?