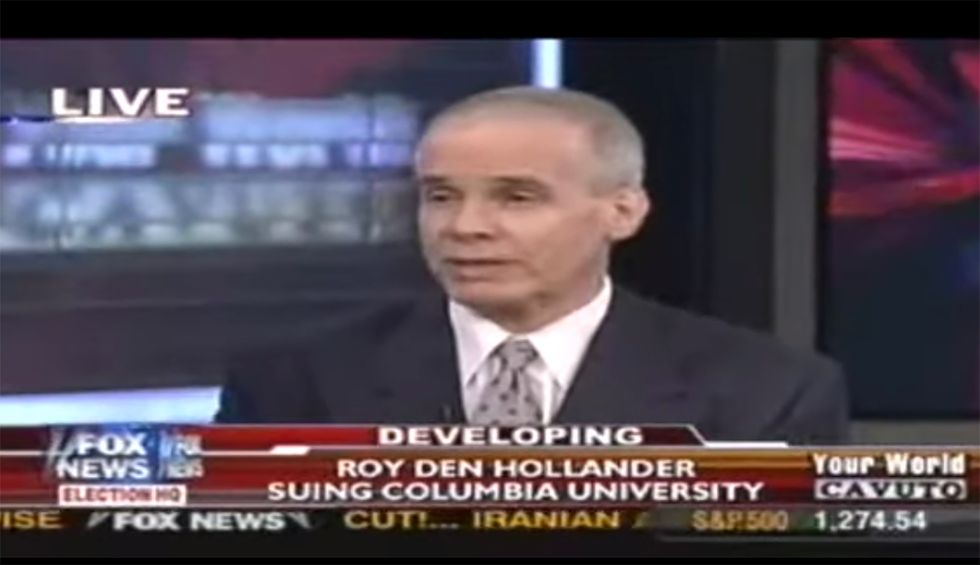 Roy Den Hollander, the man suspected of dressing up as a FedEx delivery person and shooting federal Judge Esther Salas’s husband and son, has a dark right-wing past.

In a 2008 interview with Fox News’ Neil Cavuto, Hollander was outed for his anti-women leanings as he ranted about “cut[ting] out the feminazi, feminist women’s studies programs” from Columbia University.

Women “are a suspect class,” he claimed. “Every time they open their mouths, I begin to suspect something.”

“You have issues, don’t you?” asked Cavuto.

He ultimately sued the Institute for Research on Women & Gender at Columbia University.

Hollander previously “represented a New Jersey woman suing the U.S. Selective Service System for the ability to register for the draft,” said the New Jersey Globe.

Judge Salas had agreed to hear the case in 2015, but dismissed part of the suit in 2019. There was still another part of the case pending, however, Hollander allegedly shot himself after killing Salas’ 20-year-old son and severely injuring her husband.

“In the past, Hollander had unsuccessfully argued in New York that Ladies Nights offering free drinks to women violated the equal protection clause of the U.S. Constitution,” the report also said.

You can see his appearance on Fox News below: