The CDC 'has fallen so far': New guidelines show the White House has corrupted the top US health agency 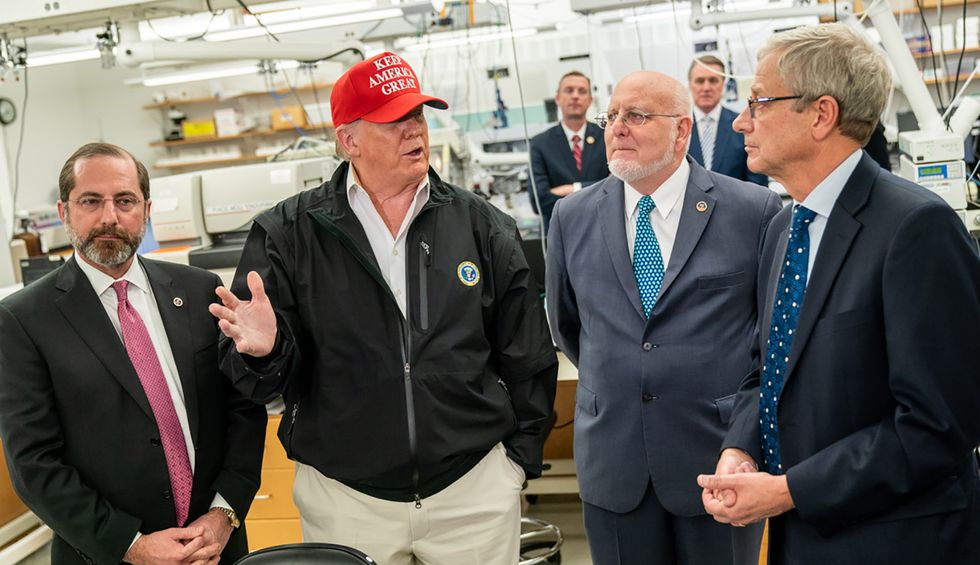 The once non-partisan, science-based Centers for Disease Control and Prevention has released new, updated guidance on re-opening schools. The title: “The Importance of Reopening America’s Schools this Fall.”

It includes statements that very closely echo what President Donald Trump and White House aides have said about re-opening schools. For example:

Death rates among school-aged children are much lower than among adults.  At the same time, the harms attributed to closed schools on the social, emotional, and behavioral health, economic well-being, and academic achievement of children, in both the short- and long-term, are well-known and significant.

Earlier this month President Trump insisted the original CDC guidelines, released July 8, for re-opening schools were “too tough.” They included basic coronavirus prevention strategies like keeping students six feet apart. That recommendation does not exist in the CDC’s new guidance.

The science hasn’t changed. Social distancing is still an important component to slowing the spread of the coronavirus. So are masks. If anything, in recent weeks scientists have learned that children do contract the virus, and do die from it. Children, once thought less likely to spread the virus, it turns out, once they reach ten years of age – generally fifth graders – they spread coronavirus as much as adults.

What changed in the CDC’s new guidance is who wrote it.

“On Thursday the CDC released several new documents that emphasize the benefits of school, in line with Trump’s messaging. Some of the guidance was written by White House officials rather than experts at the CDC,” The Washington Post reports.

The White House announced the CDC would be re-issuing new guidelines after Trump called them too “tough.” CDC Administrator Robert Redfield, whose own actions crippled the U.S. response to the virus, said his agency would not revise the guidelines.

Less than two weeks later, the CDC published the new guidelines, designed to force the re-opening of schools, penned in part by the Trump White House.

On Wednesday, after announcing the GOP convention in Florida would be scrapped because of the coronavirus, President Trump declared schools “have to open.”

Former acting Administrator of the Centers for Medicare and Medicaid Services, Andy Slavitt, who has been warning about the poor handling of the pandemic since February, weighed in on the new CDC guidelines.